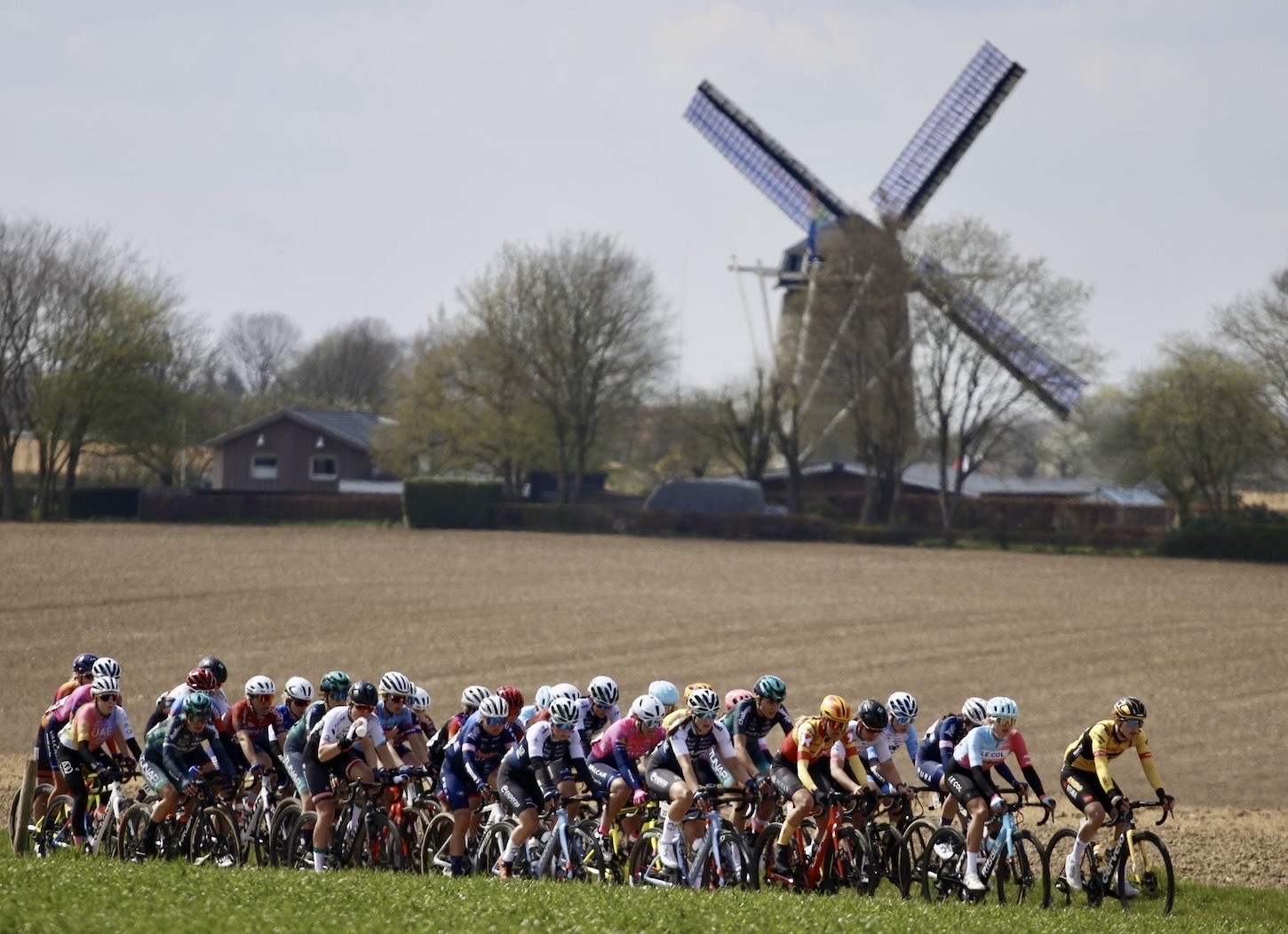 Entering into the final stages of the race the leading duo managed to keep a lead of around 25 seconds ahead of the chase.

As the chase continued to bide its time until the final kilometers, Kasper Asgreen (Quick-Step Alpha Vinyl) launched the first of a what ended up being a series of attacks to try and rein-in the two leaders.

Then with less than 2 kilometers go. Mathieu van der Poel made his move, taking a number of riders along with him as they proceeded to chip away at the leader’s advantage.

However, the efforts of van der Poel et al proved to be futile, as Kwiatkowski and Cosnefroy succeeded in remaining outside of their clutches.

From there, the race culminated into a repeat of last year, with Cosnefroy initially being declared the winner before a photo finish handed Kwiatkowski the victory.

Back in the peloton, INEOS Grenadiers managed to stretch things before the climb of the Cauberg, with a small group of the pre-race favorites emerging from the peloton to eventually reel in the day’s escapees.

Attacks ensued after the Cauberg, with Kwiatkowski managing to open up a slight gap, a move that was quickly followed by Cosnefroy, who later attacked along the Geulhemmerberg.

From there, the duo went on to establish a slight advantage that would wax-and-wane as a result of continuous attacks from within the chase group in an attempt to rein them in.

Mathieu Van der Poel put in some big digs during the final kilometers in an urgent attempt to close the gap, but to no avail.

As the two leaders entered the final stretch, Cosnefroy was the first to open up his sprint in a fierce battle for the finish.

Race officials initially gave the French rider the victory, but a closer inspection of the finish, ultimately awarded Kwiatkowski the race honors.