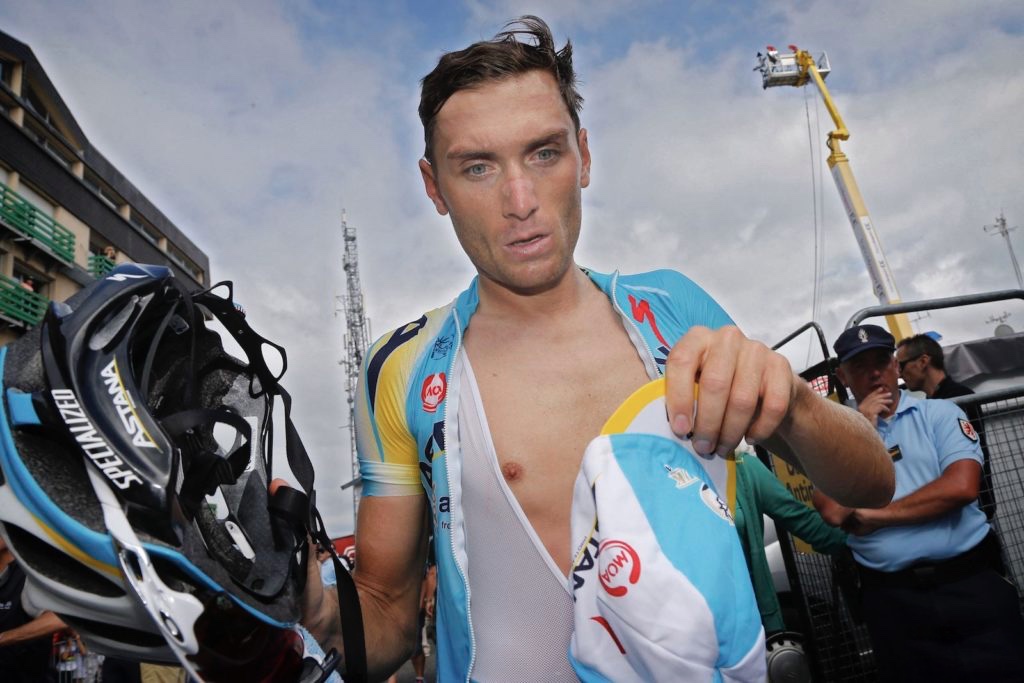 Cycling’s governing body, the Union Cycliste Internationale (UCI) announced today, that it handed Andriy Grivko (Astana) a 45-day ban for punching Marcel Kittel during an incident that took place during the Dubai Tour back in February.

The incident happened on stage 3, where aggressive riding in the crosswinds led to a fight for position that ended up with Grivko punching Marcel Kittel (Quick-Step Floors) in the face.

Under its regulation 12.1.005, the UCI can issue a suspension of one to six months for any rider who “behaves in a violent manner or uses defamatory or abusive language to or about a commissaire, a UCI body or its members or, in general, anyone performing a function provided for in the UCI Constitution or Regulations” or who “behaves in such a way as to blemish the image, the reputation or the interests of cycling or the UCI”.

Grivko was ejected from the race after stage 3, when the incident occurred. Kittel suffered a cut above his left eye from the incident.

“As soon as we went into the crosswinds there was fighting for positions, of course,” Kittel explained at the time. “I think it’s perfectly normal that you sometimes push each other. I was trying to get back into the line with one of his young teammates. He didn’t like that. So I tried to go around and came in between Grivko and his teammate, so also had to push Grivko a little bit but I didn’t take my hands off [the bars] or anything. I was trying to talk to the young guy about why he was taking a risk and at that point I get a punch in the face.”

Grivko accepted the race jury’s decision to expel him from the Dubai Tour, but objected to Kittel’s aggressive manoeuvre to get into the peloton in front of him.

“I agree with this decision. For me, it’s no problem, but everybody must respect each other. OK, he’s a leader, but he can’t push riders off the road. It’s dangerous for everybody,” Grivko said.

“He wanted to take my place, he pushed me again and again. With my hand I tried to push him back, because it’s not possible. Maybe he didn’t understand me, I don’t know. Then after he broke his glasses, he was really angry.”