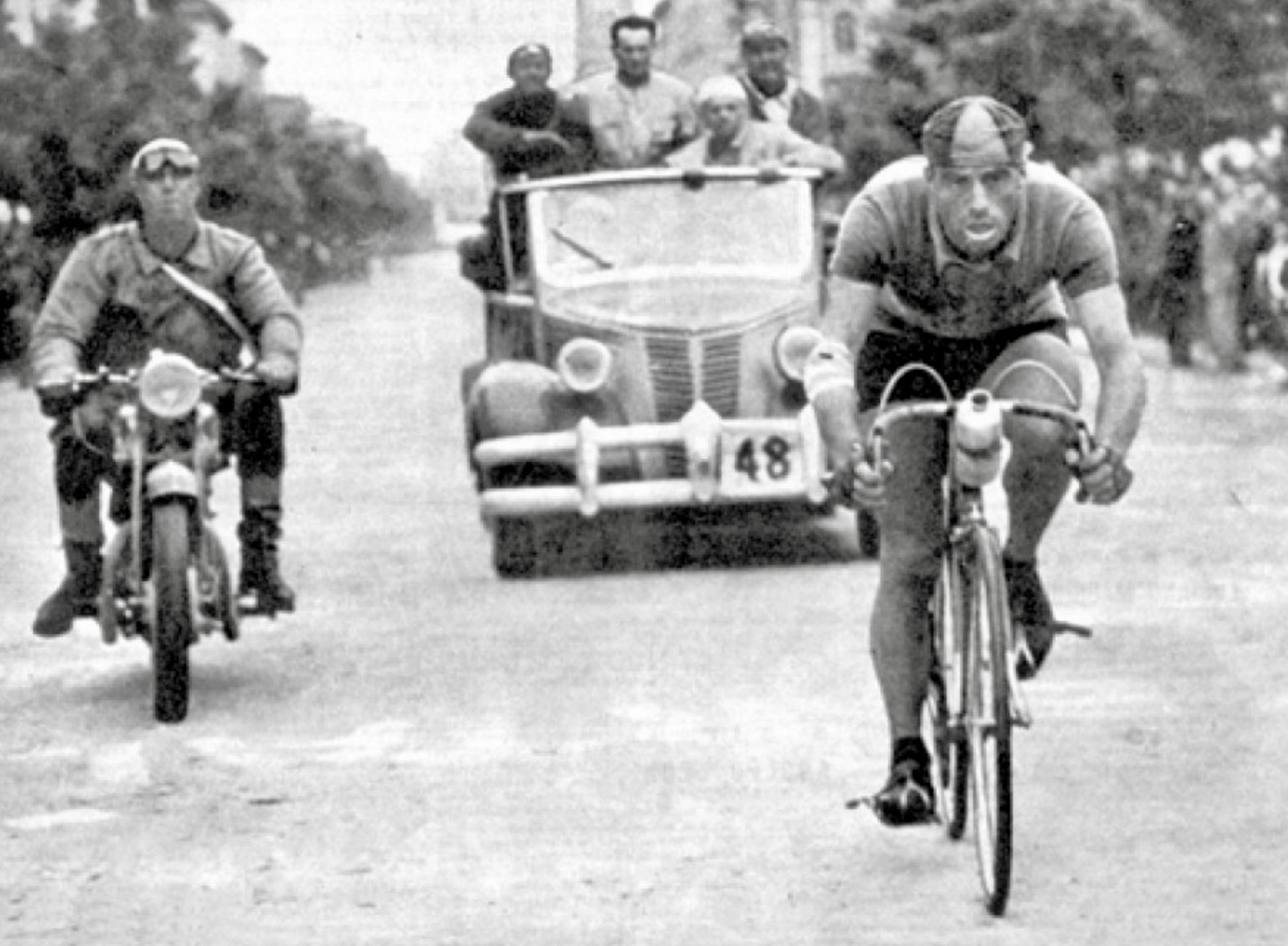 The Italian rider is best remembered for winning the 1951 Paris-Roubaix Classic ahead of Louison Bobet of France and Rik Van Steenbergen of Belgium.

That same year, Bevilacqua secured himself a spot on the podium of the World Championship Road Race, after finishing in 3rd place behind Ferdi Kubler of Switzerland and Fiorenzo Magni of Italy. He also won the Giro del Veneto that same year as well.

Here’s an excerpt from the Paris-Roubaix race,

In the later kilometers a group of ten riders that included Louison Bobet, Rik van Steenbergen and Antonio Bevilacqua was being chased by another group of ten. Bevilacqua, individual pursuit world champion, knew he would be crushed in a sprint with van Steenbergen. He escaped, and turning a 52 x 15 gear, made to the Roubaix velodrome with a minute and a half gap on his chasers. Bobet had been delayed by a puncture, but highlighting his terrific form that day, out-sprinted van Steenbergen for second place.

Bevilacqua was born in Santa Maria di Sala, Italy, and began his career as a professional rider in 1940 with the Lygie team.

His first victories came in 1941, after he won the GP di Duca degli Abruzzi, GP Maresciello dell Aria and Coppa del Littirio races, followed up by a 2nd place finish in the prestigious Milan-San Remo Classic the following year.

During his 14-year career, Bevilacqua established himself as a formidable sprinter, racking up an impressive number of stage victories in the Giro d’Italia.

However, Bevilacqua was just at home on the track, winning the 1950 World Pursuit Championship, along both the Italian National Pursuit and Road Race Championship titles during that season as well.

Bevilaqua retired from racing in 1954, and in the ensuing years, his notoriety as a champion languished.

Sadly, he only lived to the age of 54, and was laid to rest in Mestre, Italy.