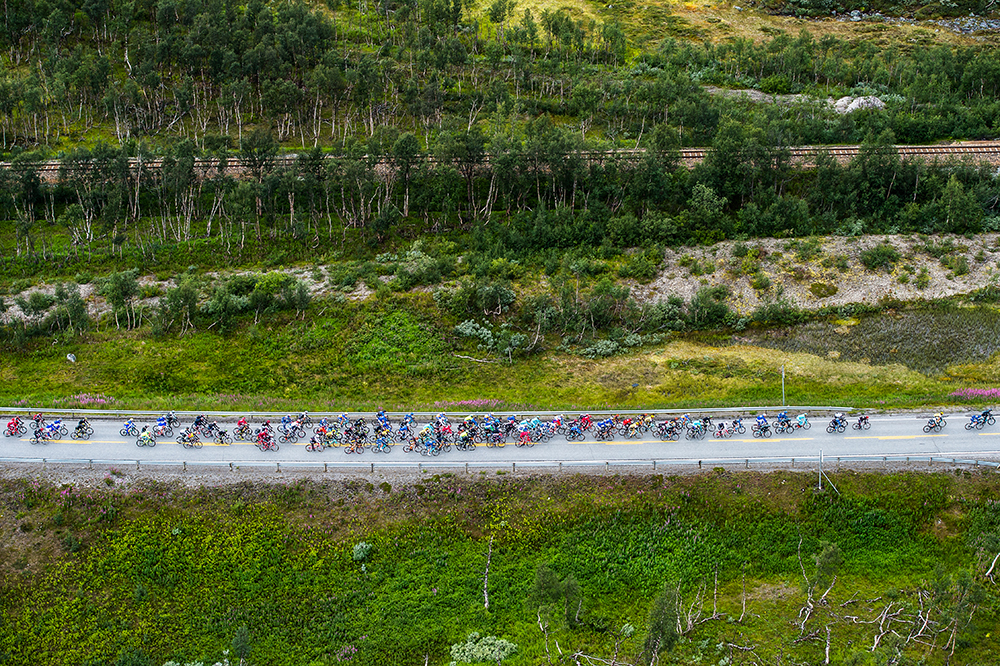 John Degenkolb (Giant-Alpecin) finally got that elusive first victory of the 2016 season when he came out on top in a huge clash between the Milan-Sanremo champions on the final stage of the Arctic Race of Norway.

With a perfectly timed sprint, he managed to pass Alexander Kristoff (Katusha) and Arnaud Demare (FDJ) on the uphill finishing straight to finish off perfect work from his teammates while Gianni Moscon (Sky) finished safely to take the overall win ahead of Stef Clement (IAM) and Oscar Gatto (Tinkoff).

Gianni Moscon finished safely in the peloton and so took the overall win with a 15-second advantage over Stef Clement. Oscar Gatto was 30 seconds behind in third. Degenkolb also won the points jersey and Tom Van Asbroeck was the best climber. Moscon was of course also the best young rider and Sky just won the teams classification ahead of IAM.

“It’s a great relief to get the victory, and it took a lot of energy, almost as much as winning a Monument. I’m super happy to not be alone here as the team did an awesome job, incredibly good. They timed the lead-out perfectly and I was able to finish it off with good legs in the end. I was really close to the win twice already this week but it didn’t work out, and then today it went fine and we did a great job.”, said Degenkolb.

A royal sprint concluded the fourth Arctic Race of Norway with John Degenkolb beating Alexander Kristoff and Arnaud Démare on the finishing line in Bodø while Team Sky’s Gianni Moscon defended his blue and orange jersey with the serenity of an accomplished champion although he claimed his first two pro victories in Northern Norway: the queen stage and the overall classification. The Italian rejoined Thor Hushovd, Steven Kruijswijk and Rein Taaramäe on the record book of the recently created but already highly respected ARN.

Tom Van Asbroeck, really the King of the Mountains

Six riders in the lead before the final circuit

Several skirmishes took place after the bunch got packed again and Philippe Gilbert (BMC) was noticed on the attack in the climb. His team-mate Daniel Oss was once again very aggressive. But it was another experienced BMC rider, Marcus Burghardt, who made a five-man front group along with Anders Skaarseth (Joker-Byggtorget), Øyvind Lukkedahl (Coop-Østerhus), Floris De Tier (Topsport), and Karol Domagalski (One Pro Cycling) with 85km to go. Fabian Wegmann (Stölting) rejoined them before the last climb of the 2016 Arctic Race of Norway. Lukkedahl was first at Kvikstadheia summit with 77km to go. He was also the highest ranked rider on GC, only 1.49 down on race leader Gianni Moscon, so Team Sky didn’t allow the breakaway to enjoy more than 2.10 of an advantage.

On the final circuit in Bodø, Wegmann and Lukkedahl got dropped. Bjørn Tore Hoem (Joker-Byggtorget) and Vegard Breen (Fortuneo-Vital Concept) tried to bridge the gap to the four leaders but it was all together 2.5km before the finish. Giant-Alpecin seemed to have the sprint under control but FDJ seized the reins of the peloton for Arnaud Démare but Kristoff and Degenkolb were still very well positioned and the German had some more energy to jump and claim his first victory of the year. Team Sky brought Moscon home with no problem. The 22 year old Italian who is a new star in the making became the fourth winner of the ARN.