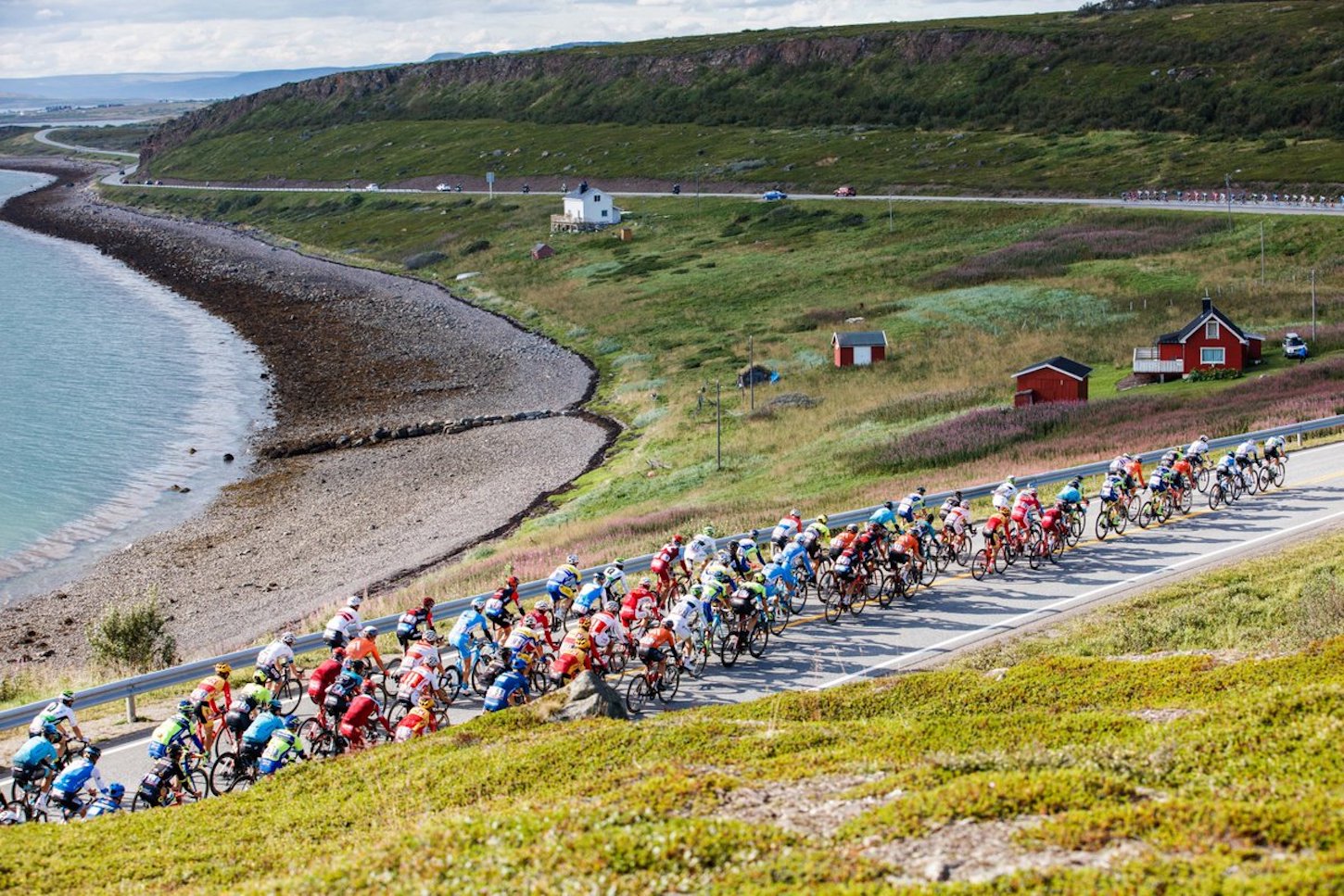 Mathieu van der Poel continued his winning streak in road racing… four months after he last competed and bagged the Amstel Gold Race. The Dutchman powered to victory from a 33-man leading group that contested stage 1 of the Arctic Race of Norway in a very competitive mode at the front.

Despite many skirmishes after the flag off, no breakaway managed to take shape until Jonas Hvideberg (Uno-X Norwegian Development Team), Adam De Vos (Rally UHC) and Otto Vergaerde (Corendon-Circus) took off after 25km of racing. Crosswinds gave ideas to ambitious riders like Astana’s Magnus Cort and Norwegian national champion Amund Groendahl Jansen of Jumbo-Visma. Their actions put an end the adventure of the leading trio. Groendahl Jansen attacked again before the first intermediate sprint and won it on the first passage onto the finishing line in Leknes ahead of last year’s runner up Markus Hoelgaard (Uno-X Norwegian Development Team) and Kazakh national champion Alexey Lutsenko (Astana) after 59.5km of racing, including 48.36km covered in the first hour.

Vital Concept was the unhappiest team with the composition of the first split so they pulled the peloton for their sprinter Bryan Coquard. Having missed the move, Team Coop and Joker Fuel of Norway also took turns at the head of the peloton. They maintained the gap under 1’20’’ and brought it down to less than 50’’ but they surrendered with 40km to go.

Lutsenko put the hammer down with 27km remaining. He crossed the finishing line first with a little advantage with 24.5km to go and that was another three seconds of time bonus under his belt before Hoelgaard got two more ahead of Pasqualon.

Calmejane, Eenkhorn and Cummings made it across to the Kazakh rider. It enabled Cummings to extend his lead in the King of the Mountains competition. The 33 leaders were all together again 14km before the end. Lutsenko won the last intermediate sprint with 10.5km remaining, ahead of Cort and Neilands. Barguil, Cort and De Tier reacted to Cummings’ attack with 8.5km to go. Hoelgaard rode across to the quartet, so did Groendahl Jansen and it was up to Van der Poel to bring the attackers back.

However, Cummings went again solo with less than 5km to cover. He stayed ahead until 50 meters to go when Van der Poel passed him in a powerful winning sprint ahead of Van Poppel and Pasqualon.