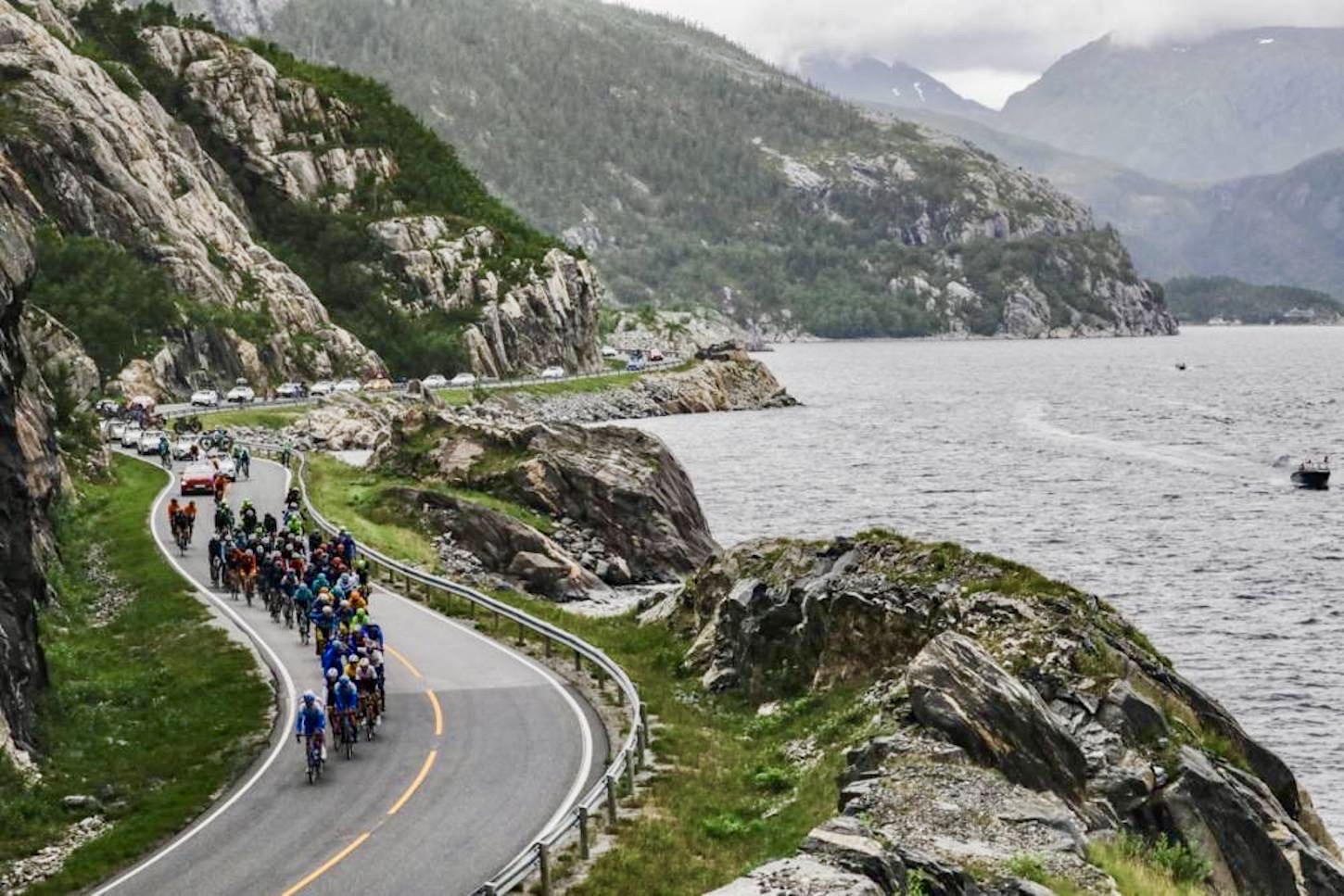 It isn’t easy to pull off an obvious victory, yet today the best sprinter in the field won the sprint stage of the Arctic Race of Norway. Dylan Groenewegen put on an excellent display of power to repay the work of his BikeExchange-Jayco teammates all over the 154,3-kilometer course. The Dutchman launched his sprint with 250 meters to go and kept at bay Amaury Capiot (Arkéa-Samsic) and Edvald Boasson Hagen (TotalEnergies) to score his seventh victory of the season. Cofidis’ Axel Zingle retained the Midnight Sun jersey and netted bonus seconds on an intermediate sprint to increase his lead over Mathieu Burgaudeau (TotalEnergies) up to 5” ahead of tomorrow’s summit finish in Skallstuggu.

113 riders took the start on the 2nd stage of the 2022 Arctic Race of Norway, which covered 154,3 kilometers between Mosjøen and Brønnøysund, at 12:10. Peacock jersey wearer Stephen Bassett (Human Powered Health) went on the attack early on to create a 5-man breakaway with Iker Mintegi (Euskaltel-Euskadi), Aaron Van Poucke (Sport Vlaanderen-Baloise), Johan Ravnøy (Team Coop) and Liam Johnstone (Trinity Racing). Atop the day’s first categorized climb, Laksforsen (Cat 2, km 21), the front group had a 3’40” gap on the bunch. Van Poucke, who had been Bassett’s main challenger for the KOM classification on the opening stage, beat the American on the summit to score the maximum points at stake.

Showdown between Bassett and Van Poucke for the Peacock jersey

Cofidis, defending the GC leadership of Axel Zingle, and BikeExchange-Jayco, favoring the options of its sprinter Dylan Groenewegen, drove the bunch for most of the day and prevented the break from building a gap that went above the four minutes threshold. Van Poucke got the best of Bassett again at both Tosen (Cat 2, km 69,9) and Lande (Cat 2, km 94,8), yet the American had a big enough advantage in the standings as to keep leading them. On the final kilometer of the latter climb, Mintegi got dropped back to the peloton, that was riding at a steady pace 2’00” behind. By the time the race reached Hommelstø (IS, km 121,2), with Johnstone in first position across the line, the gap of the front four had been reduced to 1’20”.

The breakaway was brought back for good by the bunch during the climb to Torghatten (IS, km 141,8). The GC contenders sprinted for the bonus seconds, with Sven Eryk Bystrøm (Intermarché-Wanty Gobert) getting 3” ahead of Midnight Sun jersey wearer Axel Zingle and Mathieu Burgaudeau (TotalEnergies), who netted 2” and 1” respectively. Israel Premier-Tech and Intermarché-Wanty Gobert took the helm in the final ten kilometres, preparing for a bunch sprint that was finally launched by Groenewegen with 250 meters to go. Despite the long range of his acceleration, no one was able to overtake him before the finish line.