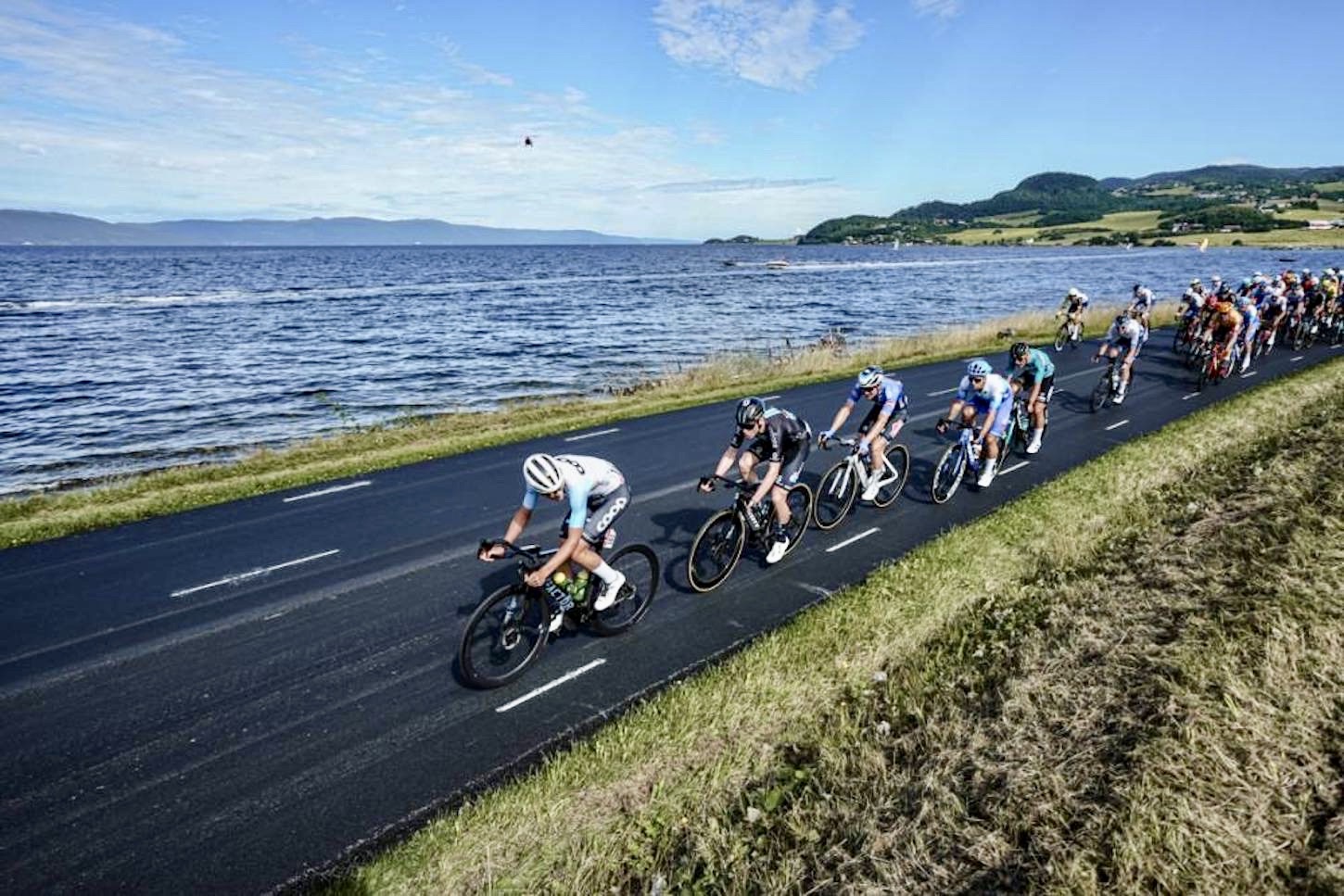 Team DSM’s Andreas Leknessund pulled off a masterpiece he will never forget to win the final stage and the GC of the 2022 Arctic Race of Norway. The Norwegian rider went clear from the peloton with a hundred kilometers to go and proved to be the strongest in the final circuit of Trondheim, holding off all the attempts to bring him back and landing a solo victory that subsequently awarded him the overall win ahead of Hugo Houle (Israel-PremierTech) and Nicola Conci (Alpecin-Deceuninck). It’s the first time a Norwegian rider triumphs in this event since the victory of Thor Hushovd on its first edition, back in 2013.

108 riders took the start on the 4th stage of the 2022 Arctic Race of Norway, which began and finished in Trondheim after covering 159,1 kilometers, at 14:20. One DNS: Intermarché-Wanty Gobert’s Sven Eryk Bystrøm, who fell ill overnight and sat out of the race giving up his hard-earned 4th position on the GC. It was a hectic start, with many moves as all of the event’s prizes and honors were undecided or straight away up for grabs, as the 400 liters of Mack Brewery products awarded to the winner of the first intermediate sprint in Spongdal (IS, km 26). Israel-Premier Tech led out, yet former GC leader Axel Zingle (Cofidis) proved the fastest of the contenders and took three important bonus seconds ahead of Quinten Hermans (Intermarché-Wanty Gobert) and Kévin Vauquelin (Arkéa-Samsic), who closed in to Midnight Sun jersey wearer Victor Lafay (Cofidis) by two and one seconds respectively.

Three-man breakaway up the road

Virtually every rider from every team wanted to break away, and that made for a thrilling first hour of racing until Andreas Leknessund (Team DSM), Fabian Greiller (TotalEnergies) and Alessandro Verre (Arkéa-Samsic) managed to jump clear 65 kilometers into the stage. The trio build a buffer that reached 2’15” atop Løvset (Cat 2, km 78,7), first crowned by Greiller. Cofidis drove the bunch to keep the gap steady as Leknessund led the way through Ståggån (Cat 2, km 101,9).

It was with 37 kilometers to go that the riders entered the final circuit in Trondheim: a 8,1-kilometer loop with a steep climb to Tylhot Tower (1,4 km at 7,7%) to be crested 5,8 kilometres from the finish line. As soon as the road pitched upwards, Leknessund took off from his companions to reach the summit of Tylhot Tower (Cat 2, km 128,9) solo, holding a 1’10” gap on a bunch where attacks began to take place. A three-man group with Martin Urianstad (Uno-X), Embret Svestad-Bardseng (Team Coop) and Thomas Gloag (Trinity Racing) went clear atop the climb and caught up with Verre and Greiller after the second crossing of the finish line with 24 kilometres to go. They were quickly swept up by the pack when the race finally took shape.

Nicola Conci (Alpecin-Deceuninck) unfurled a ferocious acceleration to pass the summit of the second climb to Tylhot Tower (Cat 2, km 137) second to Leknessund, who was still leading the race with a 45-second buffer. The Italian rider was joined from behind by teammates Jason Osborne and Kristian Sbaragli, as well as by Hugo Houle (Israel-Premier Tech), Dries de Potter (Intermarché-Wanty Gobert), Axel Zingle (Cofidis) and Max Poole (Team DSM). The Alpecin-Deceuninck squad kept a fast tempo as Leknessund collected KOM points in Tylhot Tower (Cat 2, km 145,2) and bonus seconds on the third and fourth crossing of the finish line. Conci took off again up the final climb to Tylhot Tower (Cat 2, km 137) in a furious pursuit of Leknessund, who managed to keep him at bay. Behind, Lafay, Vauquelin and Hermans took on a late chase with the Midnight Sun jersey in mind that turned out unfruitful as all of them finished off the podium for the benefit of Conci, Houle… and the outstanding overall winner Leknessund.