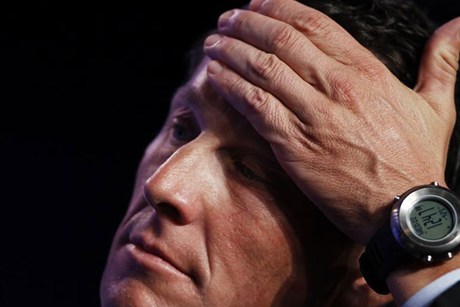 According to reports, Lance Armstrong pleaded guilty to careless driving charges after admitting to hitting two parked cars with his SUV in Aspen earlier this month.

The disgraced cyclist entered his plea by mail last Friday, under a plea agreement with prosecutors, closing the case and avoiding a court appearance.

Armstrong’s girlfriend, Anna Hansen, initially told police that she was driving during the incident which occurred back on December 28 accident. However, she later confessed that she lied to officers, in hopes of shielding Armstrong from further media attention.

Deputy District Attorney Andrea Bryan says it is fairly common for people to reach plea deals in such cases and to enter pleas by mail. Careless driving can be punished by up to 90 days in jail but Bryan says jail time is rare.