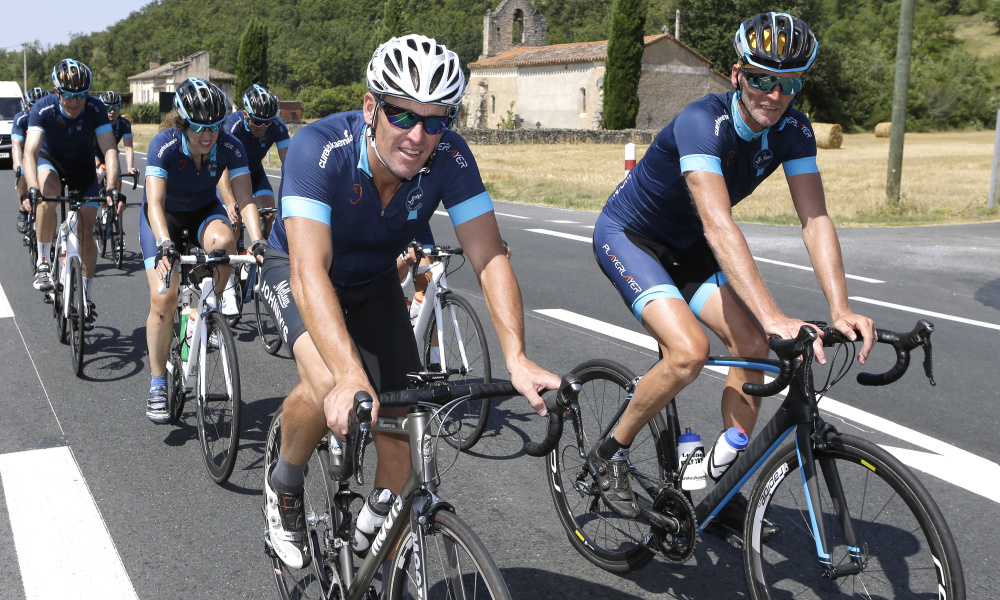 Considered by many to be the pariah of cycling, Lance Armstrong wrapped up his second day of riding along the fringes of the Tour de France as part of a two-day charity event.

But, despite having the appearance of the noble cause, the disgraced cyclist has received criticism from cycling’s hierarchy, as well as the French people.

“It is undesirable, I think it is disrespectful. I think there are plenty of ways of raising money for charity that Lance could do,” said Brian Cookson, president of cycling’s governing body, the UCI.

Tour de France leader Chris Froome said, “We definitely don’t see it as him being necessarily back at the Tour, he’s not on the starting line with us,” before dismissing it as “a non-event for us.”

Armstrong waved off the criticism, saying he was riding for a “great cause” and he would do it “regardless of what people think.”

“Brian Cookson needs to worry about other things,” he said, which was interpreted as a snarky reference to the doping allegations inevitably surrounding Froome.

“It’s one thing if I said, ‘Oh, I’m going to go to the race and I want to stand around at the start.’ I’m not asking that, you know,” Armstrong said, according to Agence France-Presse. “I understand there is sensitivity around that, but here helping a group of people in a great cause, I’m going to do that forever.”

Riding with amateurs and without hordes of fans cheering him on is a major departure from Armstrong’s heydays from 1999-2005. And, at times, he’s even received mixed reception from the locals, as well as fans who have flocked to see the Tour.

“Why am I not welcome? Because I’m a doper?” Armstrong said. “If you’re going to apply a standard, it has to be universal.”

“Part of me would prefer to be at home chilling with my family. This is not easy,” said Armstrong, who signed a few autographs on Friday among a small turnout of fans. “But I didn’t come over here to launch a PR campaign for myself.”