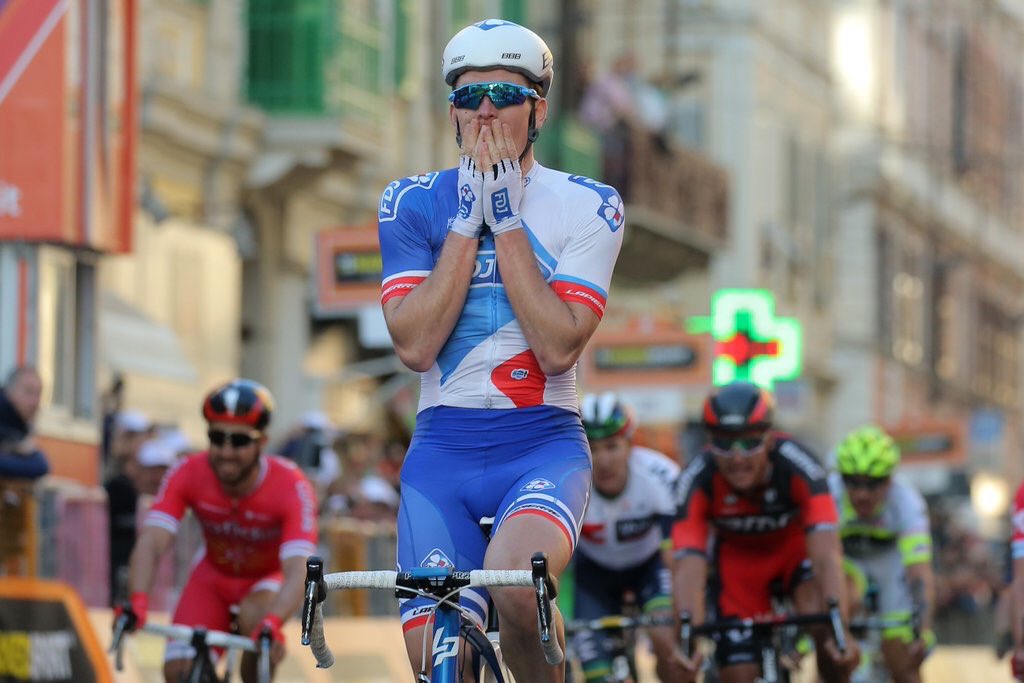 Both Matteo Tosatto (Tinkoff) and Eros Capechi (Astana) have come forward, alleging that they witnessed yesterday’s Milan – San Remo winner, Arnaud Demare (FDJ), that a tow from a team car during the climb of the Cypress, while the French rider recovering from a crash.

Speaking to the Italian newspaper, La Gazetta dello Sport, Tosatto said, “Demare was off the back before the Cipressa. Then on the climb he passed us going twice our speed. I didn’t see if he was on the car window or with a (sticky) bottle. Of course he was strong in the sprint but without that tow he would never have made it to contest the sprint. I’ve never seen a thing like that done so shamelessly.”

“I wasn’t alone at that moment, there were other riders with me and I think they saw what happened pretty well,” he added.

Eros Capecchi (Astana) backed up Tosatto’s claims, telling the Italian newspaper, “Demare passed us at 80km/h on the climb. I’ve never seen anything like that before. I was on Tosatto’s wheel and saw it very clearly. Demare was hanging onto the right of the team car. It’s disgusting!”

However, according to race official, Herve Borcque, since there was no proof of the allegations (video, photographs or otherwise), no further action has been taken.

Speaking to the Italian website, Tuttobiciweb, Tosatto is urging officials to analyze data on Demare’s bike transponder and computer that was collected during the climb of the Cipressa, in order to show proof.

“For sure Demare is a champion and I’m sure he’s got the talent to be a great Classics rider but what I really didn’t like was what I saw yesterday,” Tosatto said.

“Considering that the race judges were told about it but said they didn’t have the proof to confirm what lots of riders saw, I suggest two things: Why not use the transponder on the bike to verify the time Demare needed to climb the Cipressa. We can only see what the data says. Secondly, the French rider (Demare) could also supply the data from his bike computer to see his time for the Cipressa and the speed he was going. I’m sure it didn’t take him long…”