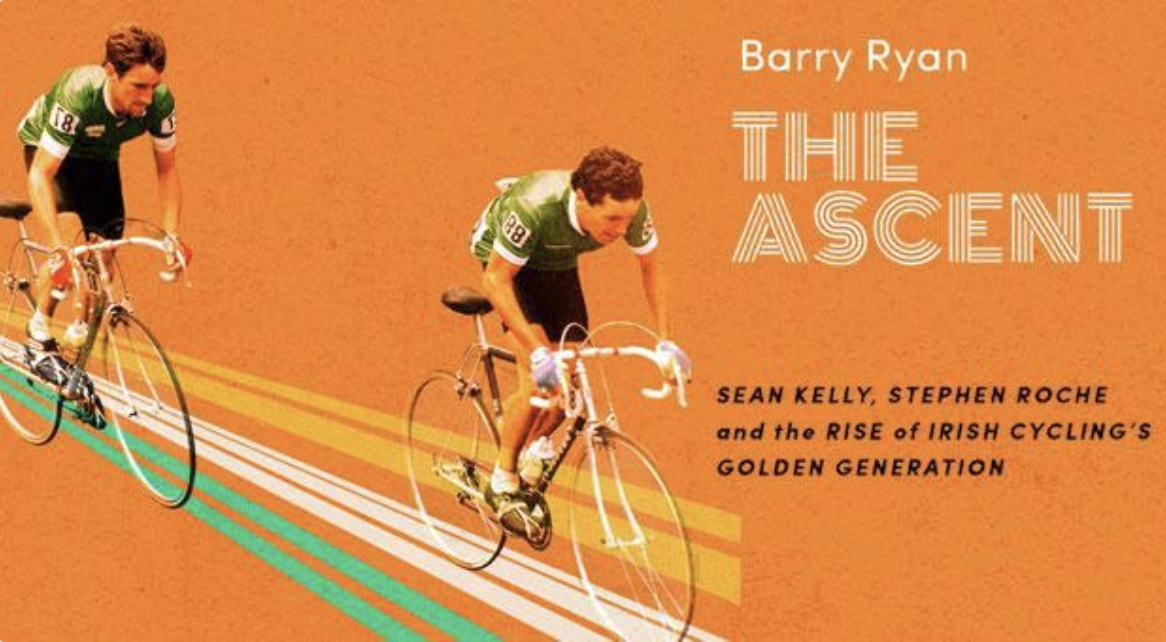 For most of the 20th century, professional cycling was dominated by riders from the continental strongholds of France, Italy, Belgium and Spain, but in the 1980s two young men from Ireland rose from obscure beginnings to dominate the sport: Sean Kelly and Stephen Roche.

Kelly was quiet, consistent and famously resilient – the dominant classics rider of his era. Roche, by contrast, was a charismatic and mercurial presence, whose unruly talent would carry him to the Triple Crown in 1987 – victories at the Giro d Italia, Tour de France and World Championships – a feat unmatched in the three decades since.

Today, they remain giants of the sport, feted by fans across the world who recall the iconic climbs, sprints and pursuits that secured their legacies. But behind the bikes there lies a bigger drama: an untold story of influences shared, friendships made and broken, and conflict with cycling’s old guard.

This is that story.

Based on new and exclusive interviews with Kelly and Roche themselves, as well their teammates, rivals and confidantes, including Paul Kimmage, Martin Earley, David Walsh and Pat McQuaid, The Ascent is the dramatic and inspiring story of how a generation of Irish cyclists took on the world and won.

Sean Kelly had been a professional for four years when his fellow countryman Stephen Roche joined him in the peloton in 1981. Roche promptly won Paris-Nice and the gregarious neophyte’s early success saw Kelly begin to re-think the scale of his own ambition…

Sean Kelly and Stephen Roche were still some way off box office status in their home country in January of 1982, but a joint television appearance on the Late Late Show shortly before the season began suggested their achievements were beginning to stoke the curiosity of a wider public. Roche sat next to host Gay Byrne and on occasion leant towards the studio audience as he held forth on his ambitions for the years ahead, while Kelly, as ever, was more guarded of body language and response. He certainly wasn’t going to be so gauche as to compare himself, as Roche did, to reigning Tour champion Bernard Hinault.

“I’ve beaten him in time trials, I’ve been with him in the mountains, and I can fairly hold him or match him in a stage race. The French public, I think, are fairly browned off now with this fellow Hinault and they’re looking for a successor, and I’m forced to be coming up. Whereas Sean will tell you, he’s a different man altogether, he’s a sprinter and he’s there to win stages,” Roche said, before adding almost as an afterthought: “And possibly the overall also.” Pat McQuaid – soon to be appointed as Irish Olympic coach – was sitting in the audience and was invited to assess the new phenomenon. “They’re predicting he’ll win the Tour de France within a year or two,” McQuaid said. “He’s going to be a millionaire overnight.”

If Kelly felt discommoded by the acclaim lavished upon the recent arrival at the top table, he wasn’t going to betray those feelings before a national television audience. That night in Montrose and elsewhere, his public utterances were carefully deferential towards Roche’s fine debut season and future potential. Besides, he had already expressed himself perfectly eloquently in his preferred, wordless manner a couple of weeks previously, when he lined up alongside Roche at Carrick Wheelers’ traditional Hamper Race, a pre-Christmas handicap event that Kelly had been dominating since he was a teenager.

The two professionals set off in the scratch group, 10 minutes after the veterans and schoolboys who went out first. Kelly and Roche had downplayed their form beforehand, each insisting he had been training in the gym rather than on the bike, but once the flag dropped, competitive instincts overrode pre-race niceties. They worked together at first, shaving minutes off their deficit as they passed group after group, but once they caught the frontrunners, Kelly took off alone and left Roche behind. The race ended with 10 laps of a half-mile circuit in Carrick-on-Suir, and Kelly made sure to lap the chasers, Roche included, before the finish. Point duly proven in his backyard, Kelly turned his attention to reasserting his pre-eminence on the Continent.

“I was the guy who was out there and who was performing, and then Roche rocks up and he wins Paris-Nice and he wins Tour of Corsica and a few races,” Kelly says now. “And I suppose, yeah, when there’s somebody pushing in there and getting the exposure, that definitely does make you work harder and you say to yourself, ‘I have to get my butt out of the saddle.'”

In late January, Roche took the ferry from Rosslare to attend the unveiling of the route of the 1982 Paris-Nice, and later the presentation of his Peugeot team, where he took possession of a new company car. Kelly lingered a little longer in Ireland before he travelled to link up with his new squad. Sem-France Loire, sponsored by a garden furniture concern, was a small outfit of modest means, but it held a trump card. Jean de Gribaldy was the team manager.

Unlike during Kelly’s previous spell at Flandria, where de Gribaldy had effectively been a line manager, Le Vicomte oversaw the entire operation at Sem, and he revelled in building a subversive identity for a squad he saw as an extension of himself. His aristocratic ancestry, he claimed once, caused ‘as much commotion in the cycling milieu as cyclists would in the Opéra de Paris’. If Peugeot and Renault were the teams of the establishment, routinely picking up the best young amateur riders in France as though building a stock portfolio, then Sem, de Gribaldy decided, would be a home for outsiders and the overlooked. The 1982 line-up featured several riders who had failed to settle elsewhere, including Marcel Tinazzi, who had struggled at Peugeot, and Jock Boyer, the first American to ride the Tour de France, whose vegetarianism and staunch religious faith had made him an outcast at Renault.

A team cannot run on ambience alone, of course. De Gribaldy needed a leader, and so during the 1981 Tour, he delegated Tinazzi and French champion Serge Beucherie to work on persuading Kelly to return to the fold. Viewed from the dissonant confines of Splendor, the Viscount’s court seemed positively harmonious. “We were going well at the time, Serge and me, and Sean wanted to know why. And we just said, ‘You know how it is with de Gribaldy, he has his secrets'”, Tinazzi says. “At the end of the Tour, Sean finally said, ‘Ok, I’ll come back with de Gribaldy next year.'”

De Gribaldy’s ‘secrets’ were a mix of the idiosyncratic and the common-sense, and some would even be dusted down decades later and rebranded, as though freshly discovered, under the risible neologism of ‘marginal gains’. Weight remained his chief preoccupation. “His reasoning was that in Formula 1 they have 800-horsepower motors and they still shave down bolts just to save 20 grams, so imagine what a bike rider could do if he lost three kilos,” Tinazzi says. Kelly had swayed from the de Gribaldy diet at Splendor, but in early 1982, Kelly began recouping the ground. He seemed to grow leaner by the day.

“I’d say I probably weighed three or four kilos more when I started as a professional. When I was with de Gribaldy at Flandria, I started losing that, and his plan was that I was going to lose a lot more if I stayed with him,” Kelly says. “But instead I went to Splendor, of course, and you could say I lost a bit of time there. From the time I left Flandria, de Gribaldy kept saying to me I was carrying too much weight to get over the climbs. He threw that at me a few times.”

The book can be purchased here.