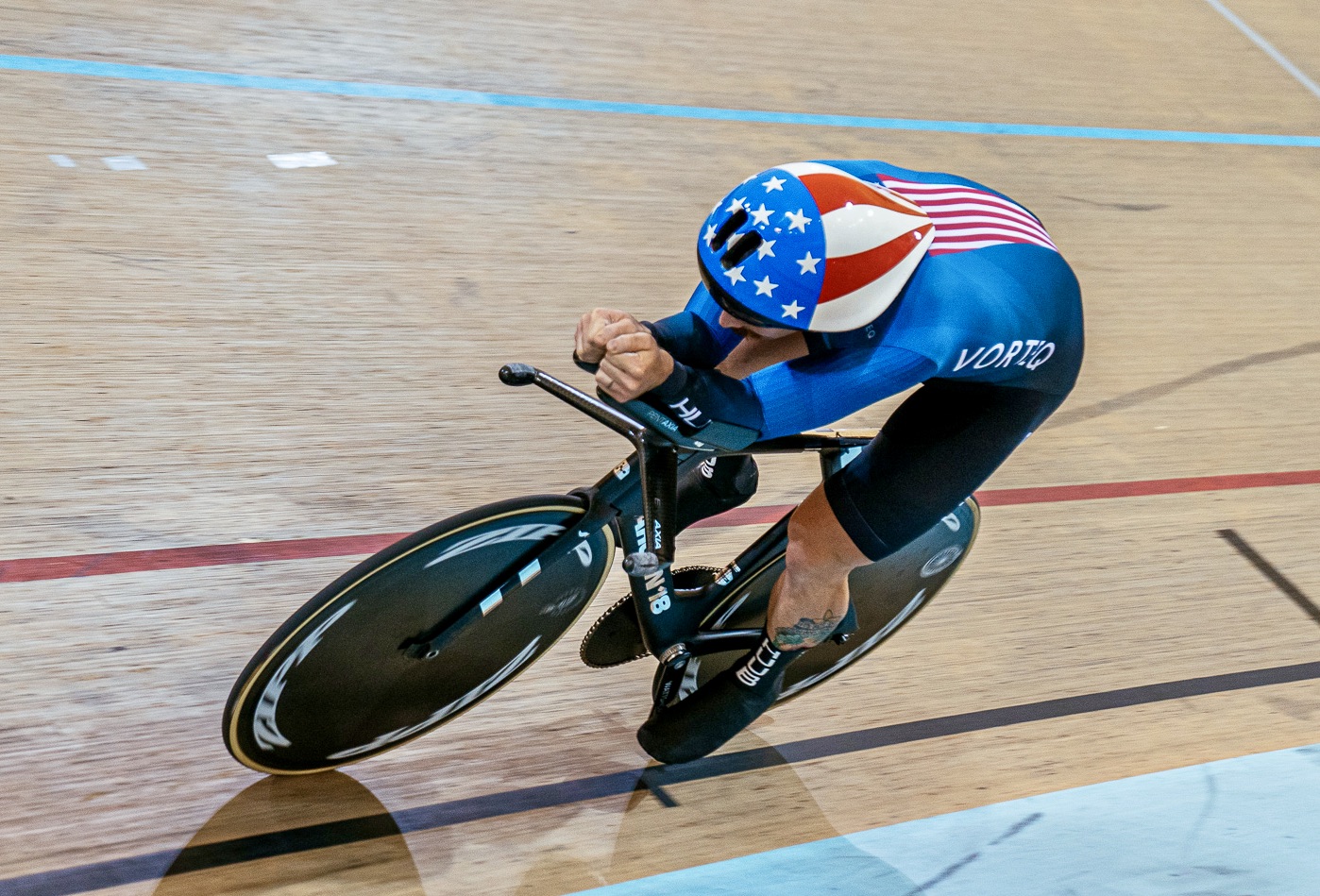 Ashton Lambie has set a new, but still unofficial, world record for the 4000 meter individual pursuit, taking the mark to under four minutes for the first time after stopping the clock at 3:59.930 at the Aguascalientes velodrome in Mexico on Wednesday.

This is not the first time Lambie has broken the record, as he was among those riders who have continuously lowered the mark, taking it down to 4:05.423 in September 2019.

But, Ganna has been reducing that time to under 4:05 since November of 2019, dropping the mark to 4:01.934 at the 2020 Berlin Track World Championships in qualifying, with Lambie being the nearest rider to his time.

The American rider qualified 1.706 slower and then in the gold medal race Ganna came out on top.

However, Lambie may now have beaten Ganna’s world record time at the Aguascalientes velodrome, which sits at an altitude of 1,800 meters and is a favored venue for record attempts.

But, it wasn’t all smooth sailing in the run up. “So I actually tried yesterday and poorly rode a 4:02,” said Lambie on Instagram.

However, before Lambie was helped off the bike after Wednesday’s attempt, it was clear by the cheers and triumphant arm up in the air that he had hit the target.