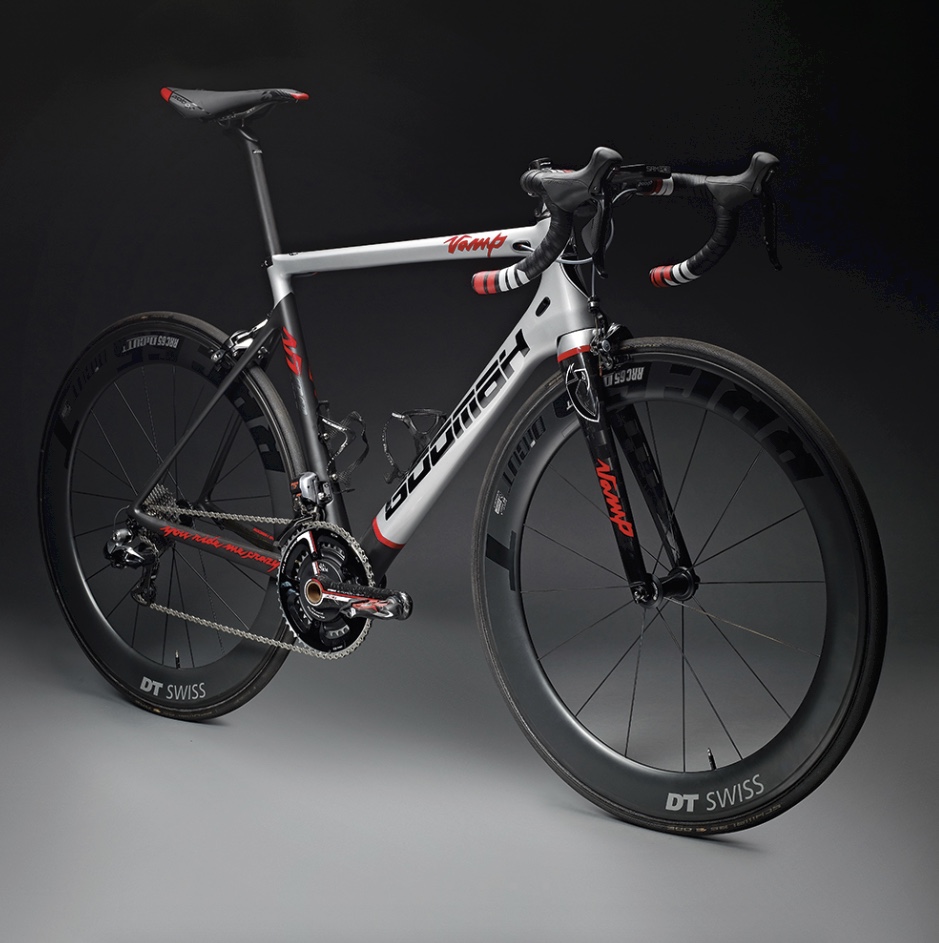 The Swiss Mafia is at it again, this time seeking out a new mistress in the form of the new GOOMAH G733 Vamp frameset.

So, just what is a GOOMAH?

Well, apart from a loose term to describe a mafioso’s “squeeze” on the side, it’s an exclusive bike brand that’s been associated with the Swiss apparel maker for years now, that can trace its origins back to some of the very first carbon fiber frames that were made during the mid-1970’s.

However, unlike other bike brands, GOOMAH is an evolutionary product not a revolutionary one. Meaning, from the outset, the company sets a high benchmark in terms of innovation and design, and incrementally improves upon it over time.

That being said, industry trends and fades seldom influence the requisite design properties that GOOMAH believes they have already accomplished.

However, in the case of the new Vamp, meaningful additions such as a refined carbon composition and improved aerodynamics have served to create the lightest and best performing G733 to date – without disrupting what’s already been deemed great about the design.

Better have plenty of lira to lay down, because Assos can’t be made offers, not even ones they can’t refuse.

The GOOMAH G733 Vamp call it the GTI edition of our still-in-collection G733. We’ve not only managed to trim the weight down by another 215 grams, but have crafted an ultra-efficient frame that allows you to take more speed into the corners than ever before.

The Vamp is an additional, more extreme version of the G733.

It was specifically designed to further improve this aspect of the already excellent G733. In order to achieve this, we researched and refined the fork design, and made it out of textreme carbon composite, which is also used on the aero flaps of F1 cars.