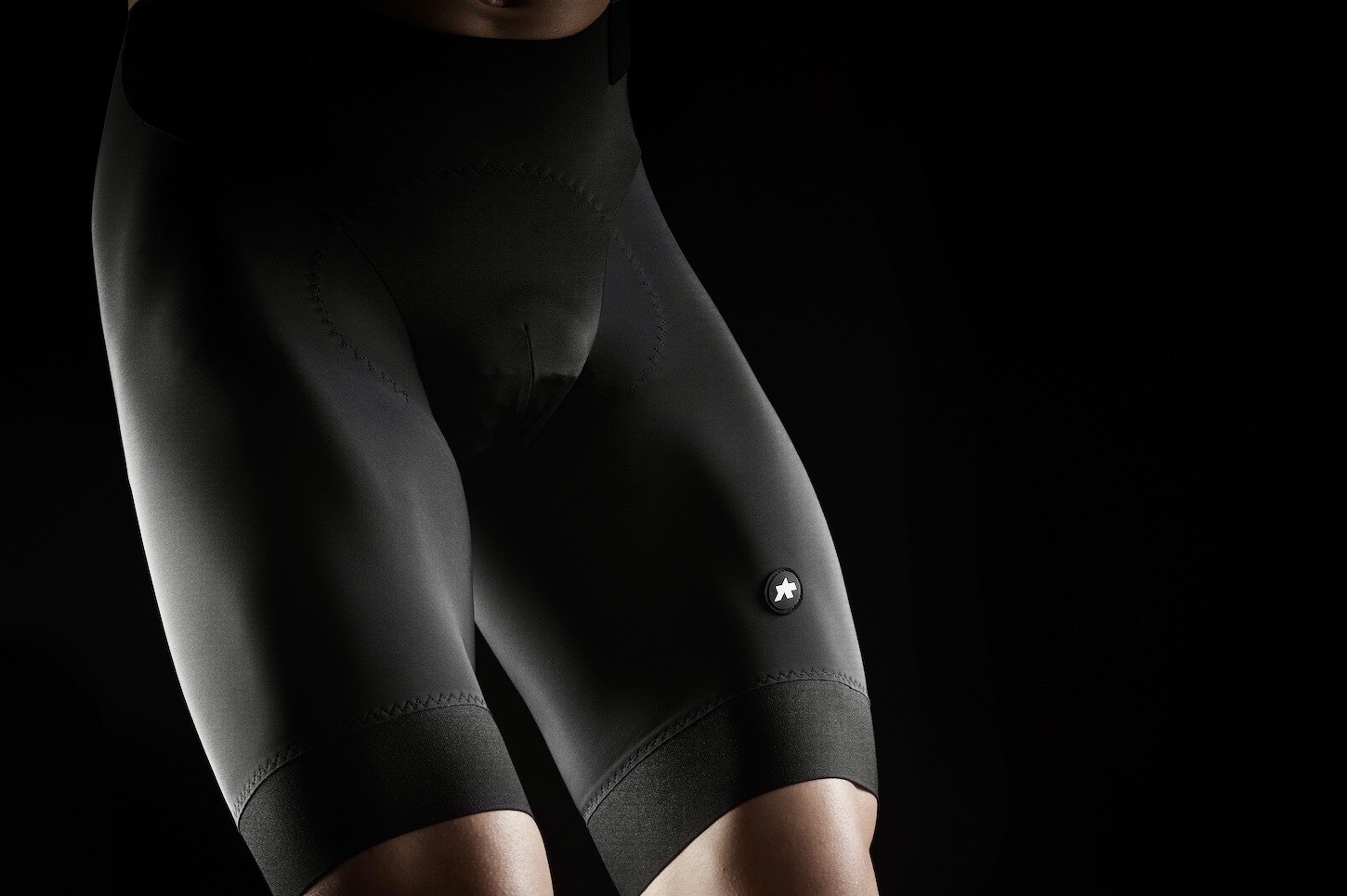 What makes the Equipe RsR S9 Targa so fast?

According to the Swiss brand, its new flagship bib short features a proprietary fabric called “Type 701kompressor”, which they claim greatly “reduces fatigue and increases speed” thanks to an ultra-compressive woven construction that envelopes the body and decreases muscle fatigue.

Additionally, Assos says they also added another fabric to the front and back saddle areas of the bib short called Ossidia, which serves to increase breathability and reduce pressure in the area of the genitals. Moreover, the brand claims the new construction also dries faster, thus limiting added weight from perspiration soaking into the garment.

Other features that highlight the Equipe RsR S9 Targa include UPF 50+ rating, “skinGrip Finish” compression bands with silicone grips on the legs and updated “rollBar” bib straps to help keep the seat pad in place, while branding has been kept to a minimum with only a single Assos logo added to the bottom of the left leg.

Also, the bib short gets Assos’ latest “S9 sundeck insert” pad, which features a three-layer constructed chamois, along with its “Shock-Absorb Damping System Mono 9” at the base of the insert. Moreover, a panel of soft fabric has also been added in order to promote better ventilation and eliminate pressure on sensitive areas, while layers of foam and perforations called “whirlKrater” strategically placed throughout the insert result in “a whirlwind of cooling airflow”.

Lastly, like the previous S9, the Equipe RsR S9 Targa relies on Assos’ distinctive “GoldenGate technology’ stitching pattern to secure the front and back of the insert, while simultaneously allowing it to move freely with the body when riding.

The Equipe RsR S9 Targa bib short sells for a hefty $350, which can be purchase directly from Assos, or from authorized retailers.