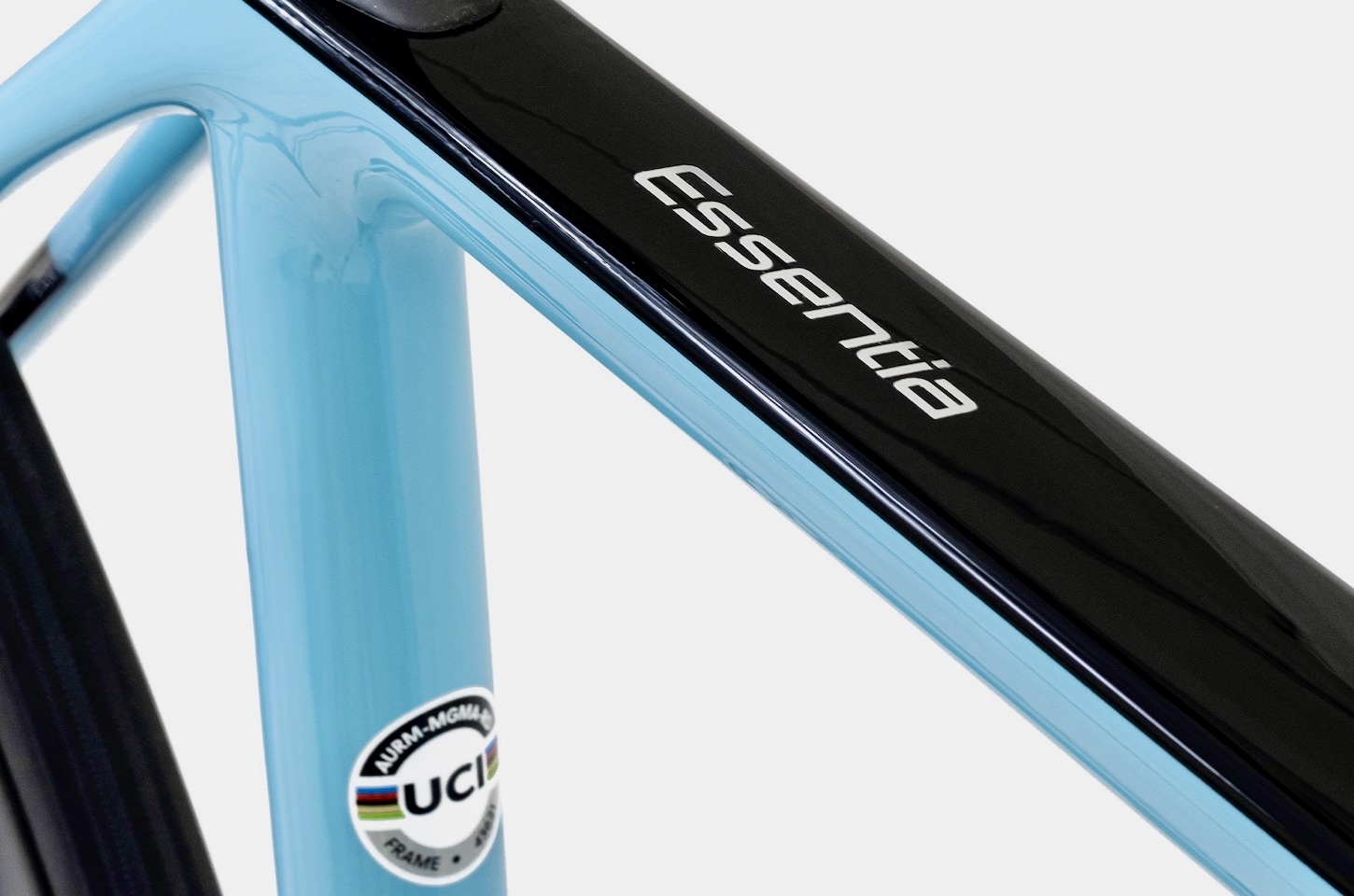 As a sequel to its costlier Magma, Aurum is offering a more affordable version dubbed the Magma Essentia, sharing many of the same attributes as its more expensive sibling such as geometry, a BB386Evo bottom bracket, 27.2mm seat post, flat-mount disc brakes with 12mm thru-axles, a tapered 1-1/8” to 1-3/8” headset and compatibility with both electronic and mechanical groupsets, as well as tire clearance up to a hefty 30mm.

Naturally, the Magma Essentia comes with a slight weight penalty over the flagship Magma, which tips the scales at a feathery 800 grams. But, what the actual weight increase is, Aurum hasn’t published.

The Magma Essentia is available in four guises, two with Shimano’s 12-speed Ultegra Di2 groupset and two with Sram’s equivalent Force AXS groupset, along with a choice of either Zipp 303S or Enve Foundation 45 wheels, while all builds feature cockpit components from Deda’s Zero 100 range, Challenge Strada Pro TLR tires and a Prologo Scratch M5 saddle.

Regarding pricing, the Magma Essentia starts at €5,699 for the Force AXS build with Zipp 303s wheels, while the Ultegra builds start at €6,299.

Opting for ENVE Foundation 45 wheels bumps the price by €700.