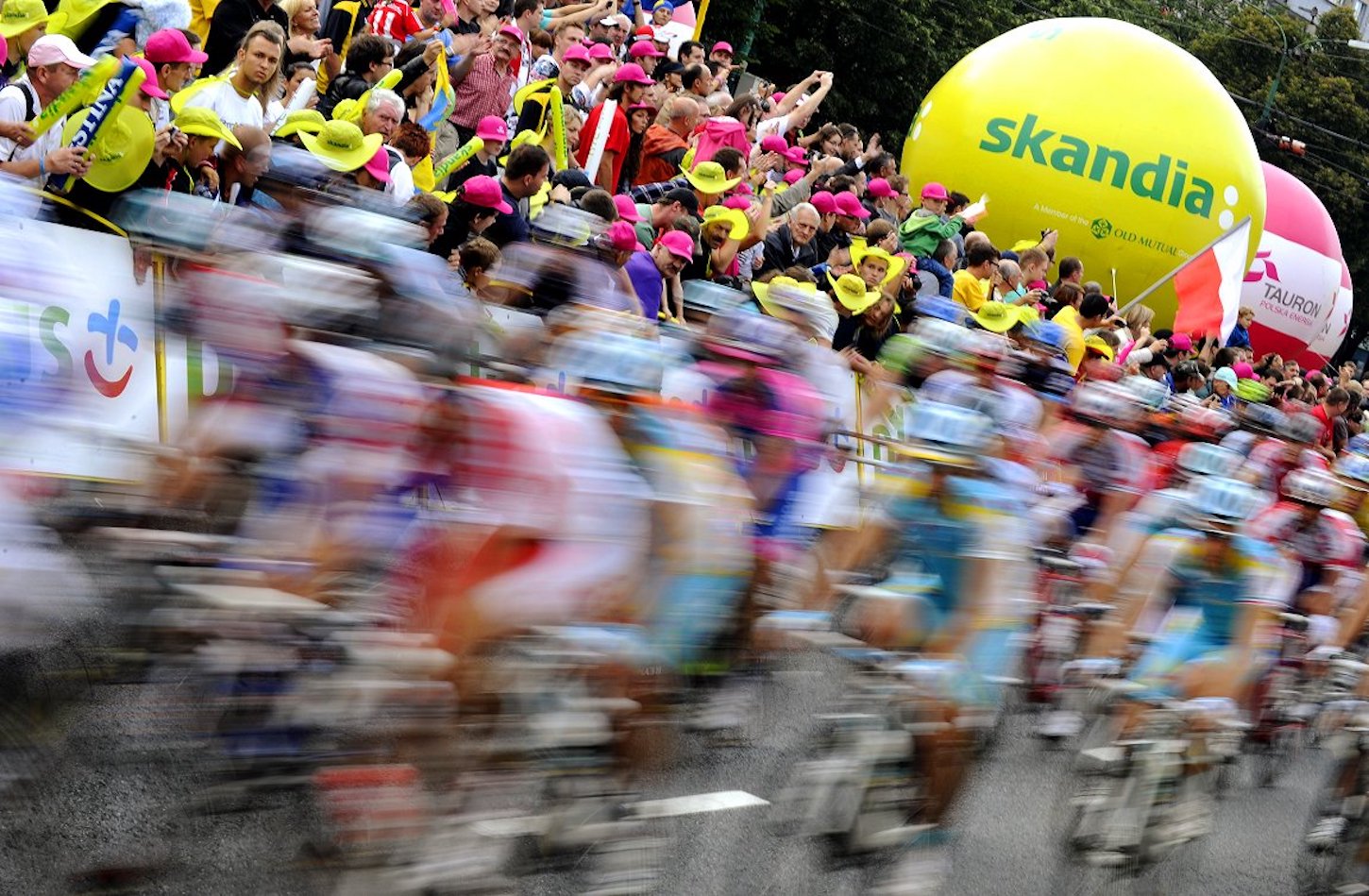 The pro peloton will makes its way to Maryland next August to compete in a road race that is expected to draw thousands of spectators to the Baltimore region.

Cycling’s governing body, the Union Cycliste Internationale (UCI) announced today that the Old Line State has been selected to host the new Maryland Cycling Classic, the only one-day Pro Series race sanctioned by the UCI in the United States.

The announcement follows a bid this summer by the Maryland Sports Commission, Visit Baltimore and Georgia-based Medalist Sports, who plan to make the race the centerpiece of a weekend-long series of events focused on health and wellness held in downtown Baltimore.

“It’s a great opportunity for riders coming off the Tour de France to come over to the States,” said Terry Hasseltine, the executive director of Maryland Sports. “You’ll see teams from all over the globe converge on Maryland.”

The race will be scheduled for Sept. 6, 2020 and is expected to feature 15 to 18 teams of 110 to 125 cyclists. A route for the race has not yet been determined but will likely include portions of the city as well as surrounding counties, with a finish in downtown Baltimore, Hasseltine said. The parameters of the course will be announced early next year and will incorporate a varied topography of hills and flat stretches where riders can pass each other.

The race would be the first major sporting event to take place downtown over Labor Day weekend since the Baltimore Grand Prix, which ran from 2011 to 2013. Despite predictions that it would be a boon for tourism, the Grand Prix struggled to meet economic impact projections and could not land a title sponsor.

The Maryland Cycling Classic is projected to cost between $1 million and $1.7 million and will be funded in large part by the private sector. Hasseltine predicted that 80% to 85% of the budget will be covered by corporate sponsorships. Visit Baltimore will help market the race and John Kelly, the president of Hunt Valley-based health insurance company Kelly Benefits, will chair the Maryland Cycling Classic’s host committee. Colorado’s KOM Sports Marketing is also a partner.

Organizers estimate the event will have a $20 million direct economic impact. State and city officials hope the race will become a permanent fixture for the region.

“We’re looking at this becoming a mainstay in Maryland’s landscape,” Hasseltine said. “It’s one of those things where if you do it and do it right, your calendar day gets re-upped.”

In time, he expects the race to draw between 75,000 and 125,000 spectators, boosting tourism during a typically quiet time for the city.

The cycling classic is scheduled a day after the Under Armour Charles Street 12 and 2-Person Relay, a 12-mile foot race through downtown Baltimore. Hasseltine said Maryland Sports plans to organize a festival with helmet fittings, bike rides around the city and more leading up to the race.

In a statement, Governor Larry Hogan said the event will help to “solidify Maryland’s reputation as a home for some of the world’s premiere sporting events.”

“There are so many communities in Maryland that have a deep and rich tradition for cycling and this event will celebrate this history while marking a new era for the sport in our state,” he said.

Pro Series races make up the second tier of UCI-sanctioned road cycling events. They’re a step below the World Tour races, which include three “grand tours” — the Tour de France, Giro d’Italia and Vuelta a España — as well as the UCI Classics series.

Hasseltine said Maryland Sports decided to pursue a UCI race because of the popularity of bicycling in the region. He said the race could help deepen the sport’s roots in the state, leading to potential new business openings and helping acclimate the general public to cycling culture. The state has already been host to the USA Cycling Amateur Road National Championships, held in Hagerstown this year and last.

“Through my travels across the state, cycling has always come up as something people want the state to explore,” he said. “There’s a huge opportunity waiting under the surface.”