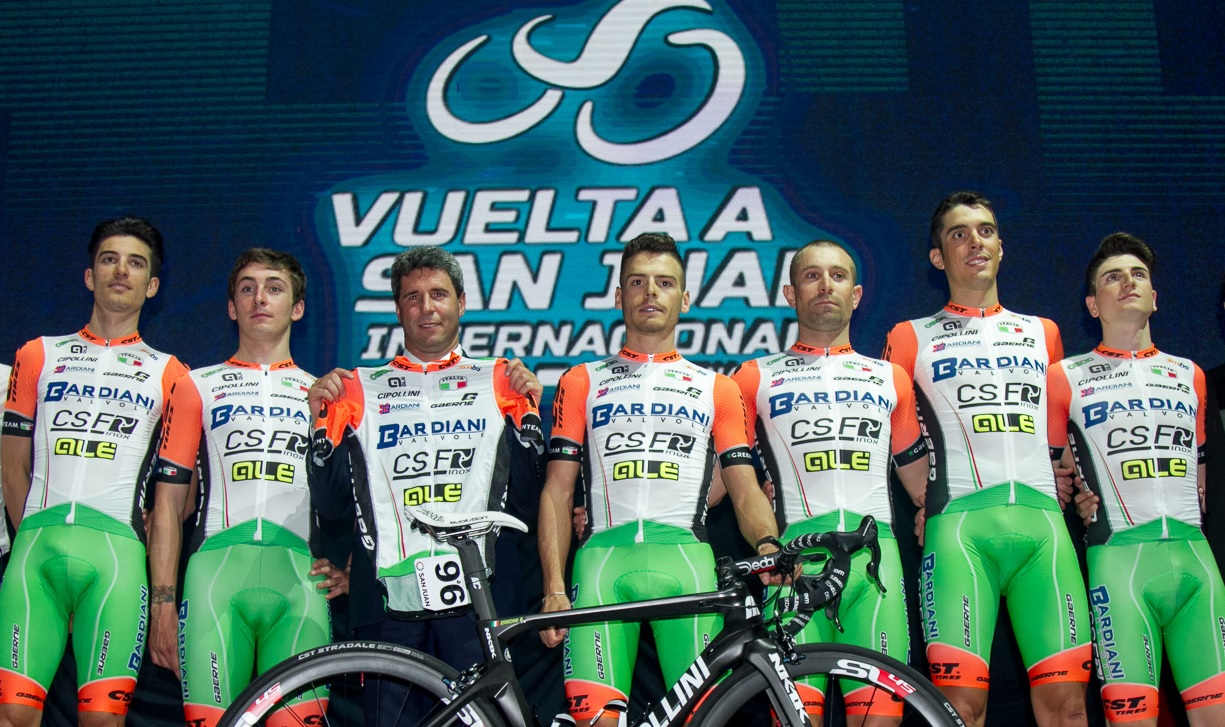 Cycling’s governing body, the Union Cycliste Internationale (UCI), has taken action to suspend Team Bardiani CSF for 30-days, stemming from a doping infraction, wherein two of its riders tested positive for the use of growth hormones earlier this season.

Nicola Ruffoni and Stefano Pirazzi both tested positive for GH-Releasing Peptides (GHRPs) on the eve of the 2017 Giro d’Italia, while subsequent B samples confirmed the presence of the banned substances as well. As a result, both riders were to be sacked from the team.

Bardiani CSF issued a statement today, critical of the UCI’s decision to hand-down a 30-day ban, saying the duration was egregious and it punished the rest of the team unnecessarily.

However, the Italian squad has chosen not to appeal the decision.

Further to UCI statement regarding the decision of the Disciplinary Commission to suspend Bardiani-CSF from participating in any international event for a period of 30 days, (from 14th June to 14th July 2017), in accordance with article 7.12.1 of the UCI Anti-Doping Rules and referred to the notification of adverse analytical findings to Stefano Pirazzi and Nicola Ruffoni, the Team states its acknowledge.

The Team states also its decision to not appeal to the CAS but, with the utmost respect and trust in the competent authorities, wants anyway to express its dissatisfaction for the duration of the suspension and, in general, for a rule that exceedingly penalizes those who have no responsibilities, such as the Team and other riders, in front of deplorable actions of foolish people.

In light of the damages already suffered during 100th Giro d’Italia to its image and to its sport performance, racing since the beginning with seven riders, and with specific reference to the innovative and distinctive #GreenTeam sport project, never involved in cases of violations of UCI anti-doping rules and official investigations so far, the Team considers a lower duration more appropriated.

Bardiani-CSF, thanks first of all to the support of its sponsors, wants to reaffirm his dedication to strengthen its sport project, that positive feedbacks received since the beginning, and to protect it from the ones who have no relation with the values promoted by the Team.

The Union Cycliste Internationale (UCI) announces that the Disciplinary Commission has decided to suspend the UCI Professional Continental Team Bardiani CSF for a period of 30 days from 14th June to 14th July 2017 in accordance with article 7.12.1 of the UCI Anti-Doping Rules (ADR) providing for a “Team Suspension” (*).

For the duration of its suspension, the Team Bardiani CSF is suspended from participating in any international event.

The UCI will not make any further comment on the case.