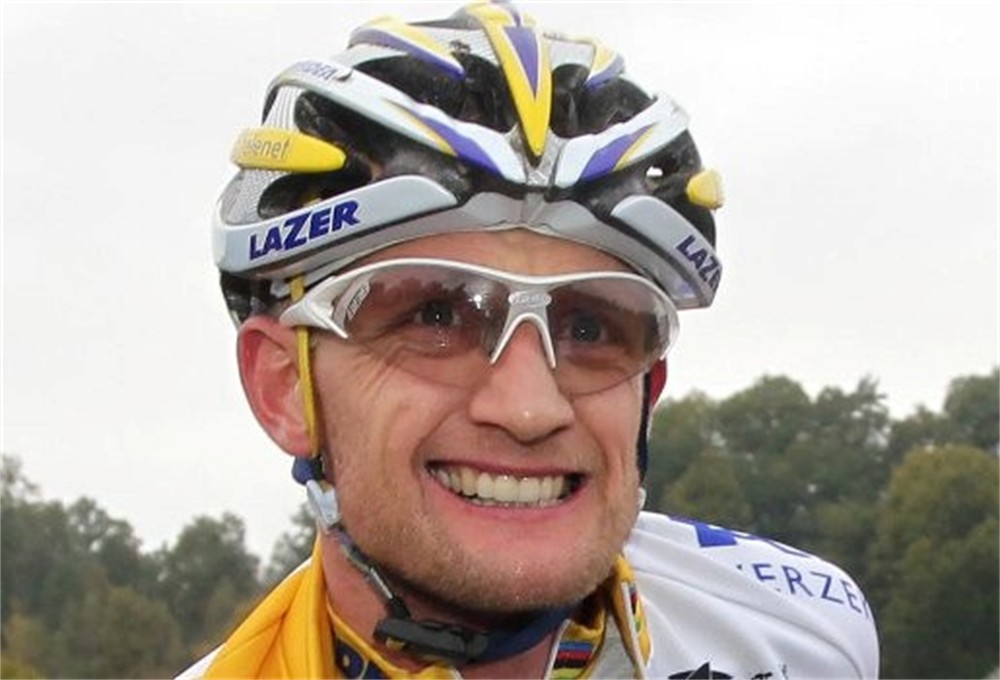 09 Nov 2015
By Campionissimo - In LATEST ARTICLES, THE GREAT RACE

After a spectacular career as one of the world’s top cyclocross racers, Belgium’s Bart Wellens, decided to hang-up his wheels after finishing Sunday’s Superprestige race in Ruddervoorde.

Not long before announcing his retirement however, Wellens was also implicated in an ongoing investigation against Chris Mertens, the doctor suspected of providing athletes with illegal ozone therapy. That investigation played out over the course of two years, involving Wellens and eighteen other athletes. In the end, however, Wellens was exonerated of any involvement in the matter.

As fitting tribute to Sunday’s race, Wellens held bike up his bike to the roar of fans- – symbolizing the end of his career. However, before doing so, he took a ceremonial final lap alongside both current members and alumni of the Telenet Fidea squad – his home team for the last twelve years.

Among the riders joining him on that goodbye cruise were his brother, Geert Wellens, Petr Dlask, Peter Van Santvliet, and current riders such as Tom Meeusen and Would Van Aert.

“I am very happy that many of my former teammates are present here,” Wellens said, speaking to Antwerp, Belgium-based newspaper Het Nieuwsblad. While glad to be in a more relaxed, post-competition place in his life, Wellens told reporters that his future remains uncertain.

“There are many ideas,” he said, “but there are no concrete plans yet. We’ll see. First I must have a major survery on my back on February 1.”