Battle Between Lance Armstrong and Floyd Landis Heats Up 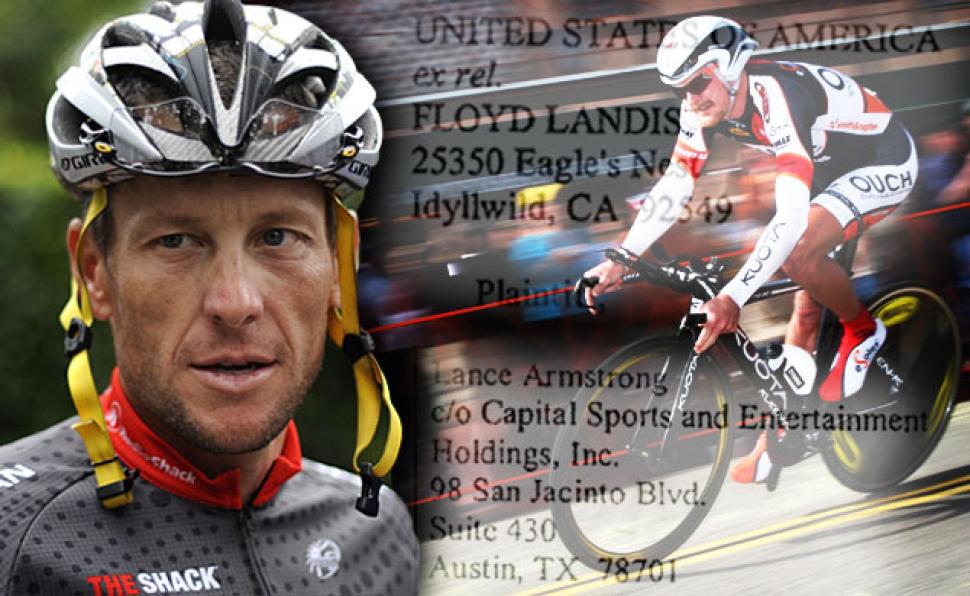 There’s no one more determined to take a “pound of flesh” from Lance Armstrong, than Floyd Landis is.

Indeed, he’s already sued him and accused him of fraud. However, more than five years after he filed his complaint in federal court, Landis now wants what he believes is his duly warranted recompense.

According to court documents, Landis recently asked Armstrong to identify in writing every doping method he had ever used for every race he participated in from 1998 to 2004.

But Armstrong is fighting back, citing that he’s already admitted to doping, and that these requests from Landis are “abusive, unreasonable and oppressive”.

Its’s now up to a judge to decided how much detail will Armstrong is required to give about the extent of his doping.

“Armstrong’s counsel frequently argues that Armstrong’s use of performance enhancing substances is not disputed, but the reality is that Armstrong’s `admissions’ to date have been carefully orchestrated and have not included relevant details,” Landis’ attorneys stated. “Moreover, Armstrong has frequently sought to minimize his doping in his testimony and otherwise. Plaintiffs should be entitled to counter these types of arguments by showing the extent of Armstrong’s doping with particularity.”

The dispute was aired out in court documents this week, just days before Landis is scheduled to testify in a pretrial deposition in the case on Monday. At that time, Armstrong’s attorneys will question Landis under oath, the latest confrontation in a feud whose stakes continue to escalate.

Landis, who at one point confessed to doping himself, originally filed suit in 2010 as a whistleblower for the federal government.

In 2013, the federal government joined his case, and is suing Armstrong on behalf of the U.S. Postal Service, which paid more than $30 million to sponsor their cycling team in from 1998 to 2004. The government argues that the cycling team violated its sponsorship contract by doping and concealed its doping with false statements in order to continue receiving payments.

“The number of races in which Armstrong doped while riding for USPS, along with the substances he used, goes to the materiality and number of breaches of the Sponsorship Agreements,” Landis’ attorneys argued. “Responses to the (requests for doping details) will narrow the issues and reduce the time needed on these topics at trial.”

If the US Government prevails, Armstrong could be liable for triple damages (totally nearly $100 million), with Landis eligible to receive a substantial portion of the reward.

However, Armstrong’s attorneys continue to argue, that the government’s case is without merit, by virtue of the fact, the USPS was not damaged by Armstrong’s doping.

Rather, the defense maintains, that the US Postal Service received major benefits from their sponsorship and profited heavily from its association with Armstrong at the height of his Tour de France fame.

“Armstrong’s use of performance enhancing substances is not in dispute,” Armstrong’s attorneys said in court documents filed Monday. “Armstrong has long admitted to the use of PEDs, and the allegations in this case do not even depend on proving the use of performance enhancing substances. Accordingly, Armstrong requests that the Court enter a protective order to shield Armstrong from Landis’ hundreds of unreasonable and unnecessary requests for admission.”

Still, Landis is asking Armstrong to admit or deny using various prohibited substances during his years of competition between 1998 to 2004.

Meanwhile, Armstrong’s attorneys have sought documents from Landis relating to his cooperation with the government, and his own false denials of doping. They said that Landis produced the documents he was ordered by the court to produce, but inappropriately redacted them so that Armstrong can’t review the information in them.

Landis won the Tour de France in 2006, but was later stripped of the title after testing positive for synthetic testosterone. Yet, Landis continued to deny that he “doped”, and even went on to raise money from donors to fund his defense, which later led to his own fraud prosecution by the federal government.

He eventually admitted to doping in 2010 and later entered a deferred prosecution agreement to pay back those donors. The case was dismissed last month, but he still must finish paying the $478,000 he owed.