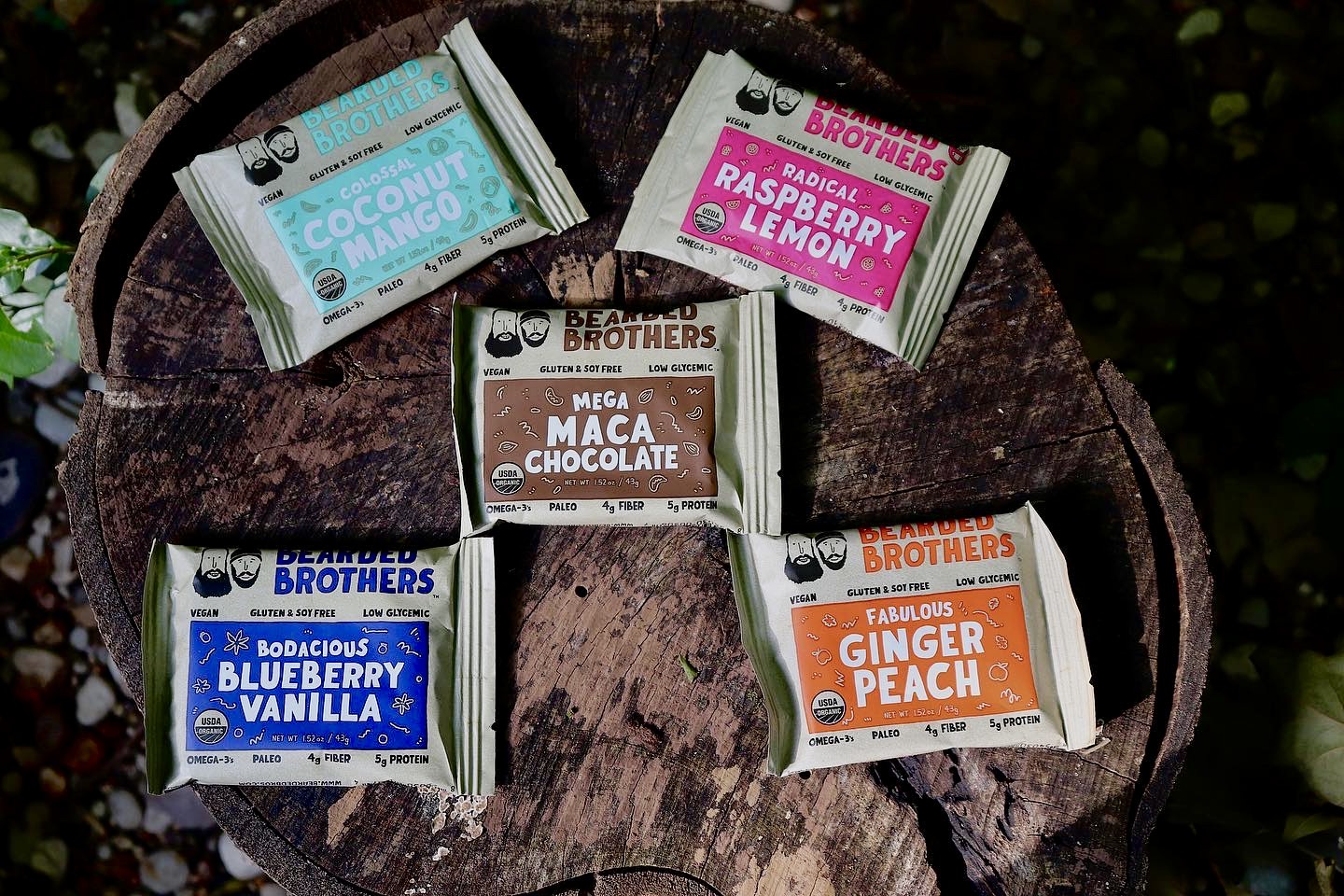 A few months back, a well known husband and wife cyclocross duo (some say they glow in the dark 😉 ), gave me a couple of energy bars to try – on the chance that I might like them.

I use the words chance and might to preface the fact, that I’ve never been one for energy bars. Whether its my body’s constitution that prevents me from digesting food well on the bike, or because most of the bars that I’ve tried over the years have truly been a “horse turd” in artificial sweetener’s clothing, with the need of a Metamucil extraction in the end – energy bars have always been a dilemma for me.

I’m guessing it’s the latter, since the ingredients labels on most of those energy bars read like a chemistry set.

I must say however, when I first looked at the Bearded Brothers’ packaging, I had my doubts about the product. While I get the whole bearded hipster, I’ve got a Kurt Cobain shrine next to my bike, while I’m saving the planet one whisker at a time – thing, my immediate wonder was, what do a couple of bearded guys know about nutrition? For me, the proof was in the ingredients.

On average, there’s only about six or so ingredients in one of their bars, all of which are organic – which is a monumental triumph over the earlier chemistry set analogy. However, the real proof would be, in how well one of these bars sat with me during a ride, and of course, how good they tasted?

In the end, my experience was resoundingly positive. The bars not only digested well for me, but they tasted great also. But, let me digress along the lines of taste for a moment.

the Bold bars pack a slightly high concentration of protein

Not surprisingly, the Bearded Brothers bars yielded a nicely balanced sense of flavor, that was neither too sweet, nor too bland, but something that’s very typical of organic/vegan baked goods. This is a food effect that I’ve come to really like over the years. Having said that, I could see these bars being not just an excellent energy source relative to cycling, but a wise choice when it comes to indulging my snack tooth as well.

The ginger-peach is killer!

Another feature worth mentioning is the size. Whether it’s by luck or genius, the Bearded Brothers bars are just the perfect size. Indeed, they’re far from just bite size, yet they’re not some honker of biscuit, that sits in your gullet like a brick – that you need to ride a further 25 miles before it breaks down.

Well then, it sounds like I’ve finally found my bar in Bearded Brothers, albeit with a slight side-effect. After just a few rides, this started to occur.