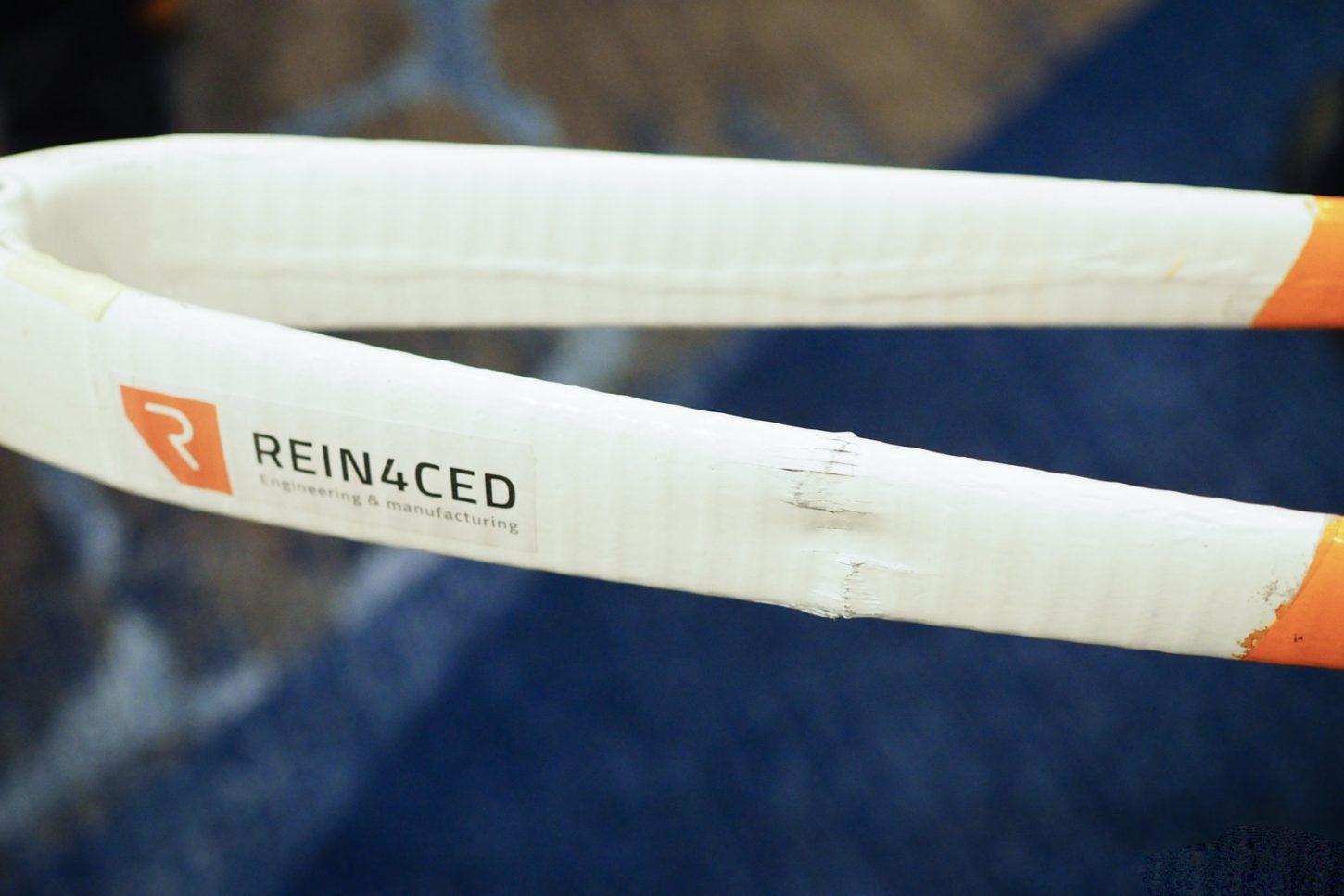 The Belgium-based startup company, REIN4CED, has announced the launch of a new hybrid composite technology that they claim is unbreakable. Furthermore, the company says it’s also developed a fully automated production process that allows them to produce all of their products in-house.

Making the bold claim “we’re on the verge of revolutionizing the bicycle industry”, REIN4CED says its new patent-pending unbreakable hybrid composite material “does away with cycling enthusiasts fear of falling with their often very expensive carbon fiber bicycles”, citing small cracks or damage as the culprit that often leads to sudden and dramatic failure while riding.

“The cause is the material’s poor impact resistance and the effect is that riders’ lives are put in danger and bicycle frames are reduced to scrap,” explains Dave Luyckx, Chief Product Officer for REIN4CED.

Michaël Callens, CEO and Co-founder of REIN4CED says, “at this stage, REIN4CED secures the financing to set up an automated production line through a major capital increase supported by three widely respected Belgian parties: KU Leuven Gemma Frisius Fund, Finindus and Innovation Fund. With its new processing method, REIN4CED is able to utilize its new material in automated series production – projecting an annual production output of thousands up to tens of thousands of light and unbreakable bicycle frames.”

REIN4CED further claims that such high volume automated series production enables bringing frame production back to the home markets of the bike sector’s renowned brands. Luyckx, says, “compared to the existing manual and labor-intensive process, REIN4CED implements the material in an accurate, qualitative and fully automated manner and produces parts with consistent properties. This will also bring along other advantages such as locking in less working capital and enabling a more flexible and responsive supply chain.”

As Callens further explains, the company’s ambition for its new composite material and automated production goes beyond the bicycle market, “the impact-resistance of the new composite material and the high degree of production automation and repeatability are not only of interest to the bicycle industry. For us the bicycle market is our first target market because it is characterized by fast technology adoption and market introduction. We are however convinced that the distinct advantages of highly consistent quality in high-volume production are also much desired in other markets where composites are used extensively, including automotive and aerospace.”

REIN4CED claims to have already begun discussions with major manufacturers across the bike industry.

You can learn more about REIN4CED’s technology here.