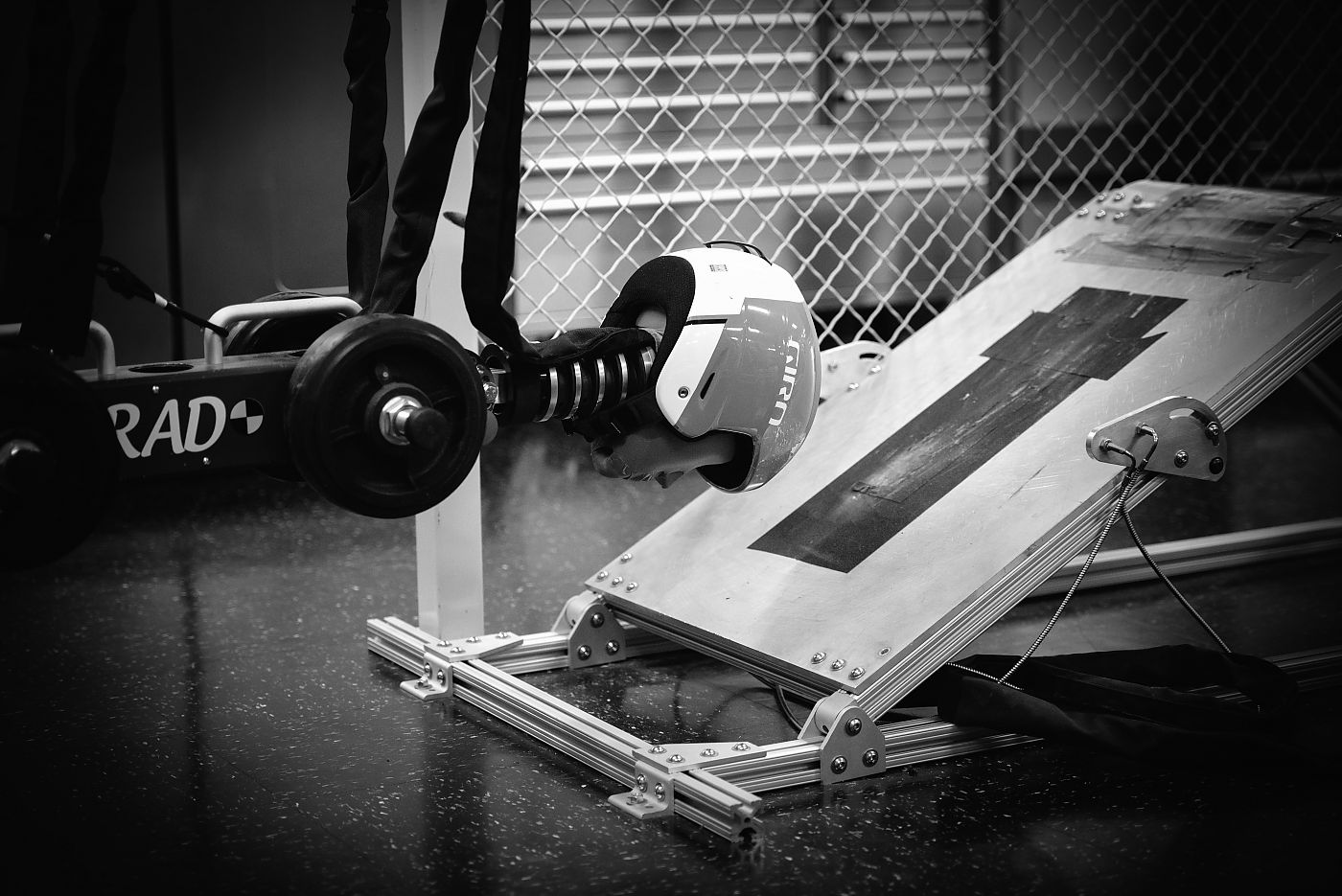 The in-house test lab for Bell and Giro helmets called The Dome, has launched a new website specifically aimed at educating cyclists on the facts about helmet safety and standards.

“We saw unmet needs for more information related to head protection,” said Thom Parks, the senior director of product safety at Bell Sports. “Now, more than ever, we’re seeing a lot of confusion and misinformation in the marketplace. The Dome and its engineering staff have taken a leadership role in this arena for more than six decades, so we thought it appropriate to invest the time and energy into educating consumers.”

The website is intended to be “an unbiased resource,” the company said. “Head protection is serious business and we all benefit from learning. A trip to HelmetFacts.com can reveal the differences between materials like expanded polypropylene and expanded polystyrene, and addresses common questions like ‘When should a helmet be replaced?’ The website also sheds light on the dozens of current helmet standards across the globe and includes videos showcasing helmet testing for power sports, cycling and snow sports.”

According to the company, The Dome’s facility includes more than 50 test instruments, along with 3D printers, injection molding and thermal molding equipment, an in-house wind tunnel, CNC machines and other equipment required to design, develop, and evaluate new ideas in helmet technology and head protection.

The Dome traces its roots back to Bell’s original research team, which was formed in 1954. During the decades that followed, Bell expanded its technology across many helmet categories, including tactical, military, hockey, football, baseball and equestrian), to its current day brands that comprise Easton, Giro, MIPS and Riddell.

Nowadays, The Dome is focussed primarily on the research and development of helmets in powersports, cycling and snow sports.

more from The Dome…

The Dome is the global authority in helmet testing, research and development. Based in Scotts Valley, California, the Dome’s unrivaled resources include more than 50 test fixtures as well as 3D printers, injection and thermal molding equipment, an in-house wind tunnel, CNC machines and other equipment required to design, develop and evaluate new ideas in head protection.

The test lab and its associated personnel began in 1954 to support Bell Helmets. In the following decades these resources have served many helmet categories (including tactical, military, hockey, football, baseball and equestrian) and supported many brands, including Bell, Easton, Giro, MIPS and Riddell. The facility was officially named the Dome in 2011. Today the Dome is focused on testing and R&D in powersports, cycling and snow sports and serves as the in-house test labfor Bell, C-Preme and Giro.

The idea of lifting the veil on this longtime resource came from recognizing an unmet need – the lack of education related to head protection, testing, materials and technology. With misinformation and confusion in the marketplace, we realized that the Dome might have the most to offer on these matters. After all, we’ve been doing it longer than anyone else. In an era when the vast majority of helmet brands are choosing designs from a foreign factory’s catalog, and investing in sales and marketing rather than testing, the Dome still continues to rigorously test in house. Beyond testing and innovation, we advise standards boards, develop and build our own testing machines and continuously share information with brands not affiliated with us.

In the interest of full disclosure, those of us on the Dome payroll are currently employed by the same company that owns several helmet brands including Bell, Bollé, Cébé, Giro, Raskulls and Krash. Rather than showcase marketing terms and glossy campaigns, however, the Dome’s intention is to be an unbiased resource for consumers and other helmet brands alike. The reason is simple – head protection is serious business and we all benefit from learning.

The Dome is steeped in scientific method and we believe the key to accurate testing and development is objectivity. Which led us here – investing in this resource to share some of what we’ve learned, to address common misconceptions and to shed light on what we believe it takes to drive innovations in head protection. Our intention is to present the facts, explain the science and host the data. We hope you find this resource enlightening.