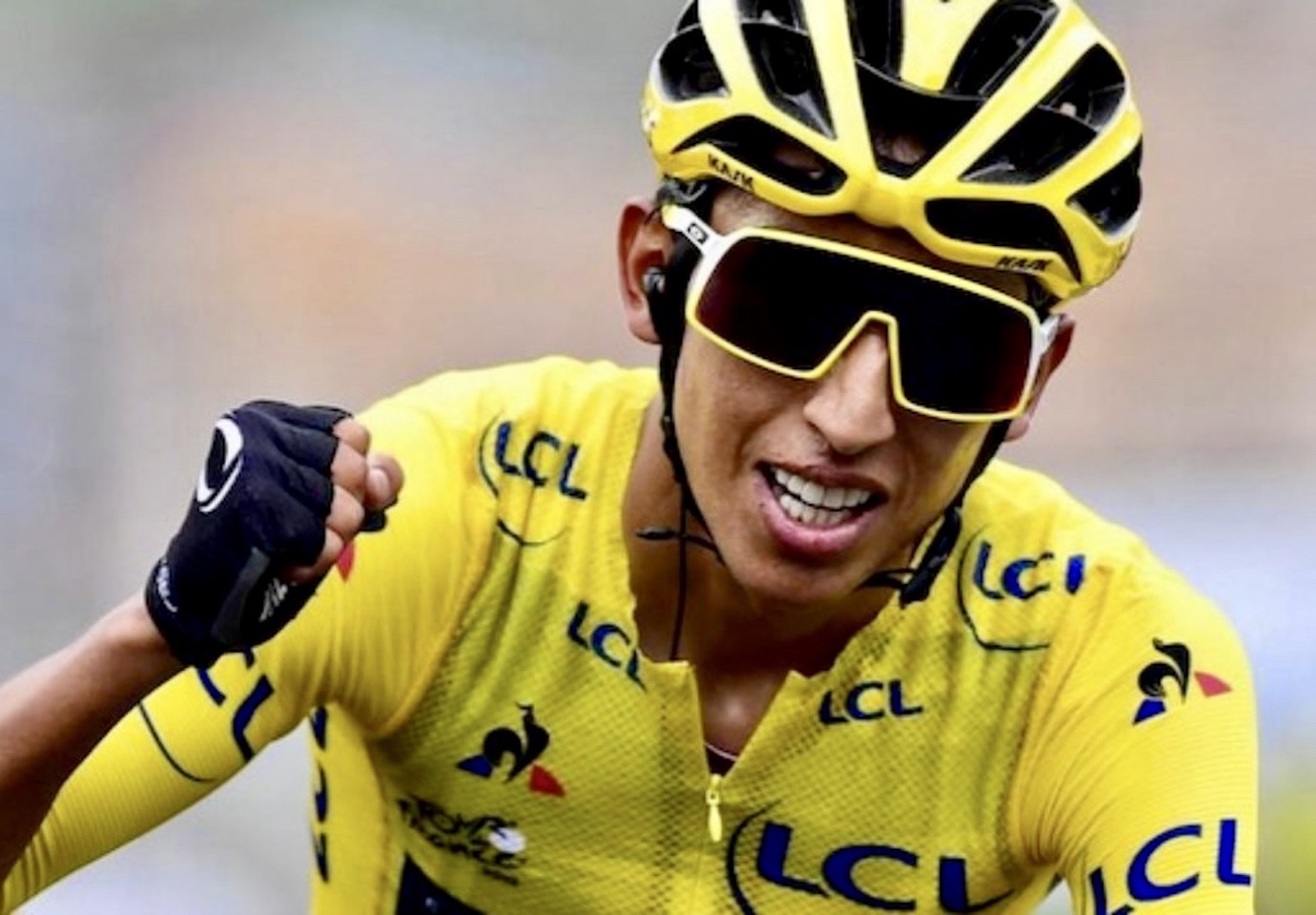 Egan Bernal and Julian Alaphilippe, the two stars of the 2019 Tour de France, are on the start list of the Clasica Ciclista San Sebastian, traditionally held the first Saturday after the Grande Boucle. One year ago, the Basque classic gave them opposite outcomes. The Frenchman won the race while the Colombian suffered a very bad crash.

At the end of the Tour de France, it sounds like the victory of the prodigy from Zipaquirá was set in a stone, but the reality is that his destiny has been in part determined by a number of crashes.

He was supposed to ride the Tour in support of Chris Froome and Geraint Thomas – who respectively crashed at the Critérium du Dauphiné and the Tour de Suisse with very different consequences – after leading Team Ineos at the Giro d’Italia but he withdrew from the Corsa Rosa following a fall on a roundabout in Andorra just one week before the Grande Partenza.

One year earlier, on his first season with Team Sky after transferring from Androni – Sidermec – Bottecchia, Bernal was set to have La Vuelta Ciclista a España as his first Grand Tour, but he was directed to the Tour de France program after he won the Amgen Tour of California. He was still planning to ride La Vuelta after serving Thomas and Froome as a domestique in July but a nasty crash on a flat road 20km before the end of the Clasica Ciclista San Sebastian took him out of the Spanish Grand Tour. He suffered a serious facial trauma and broken teeth but courageously came back at the end of the season to be one of Thibaut Pinot’s last three opponents, along with Primož Roglič and Vincenzo Nibali, at Il Lombardia.

One year ago, Alaphilippe was coming out of the Tour de France transformed by the popularity of the polka dot jersey. He had won two stages of medium difficulty, the first one in the Alps, the second in the Pyrenees, and he shared his happiness with his fans without moderation in the first post-Tour criteriums before heading to San Sebastian where his hopes were hampered by tiredness. But he found his good legs again up to the Alto de Jaizkibel, the iconic climb of the Basque event that was created in 1981 and that had become part of the FICP World Cup as early as in 1989 due to the great impact of cycling in this part of the world. Alaphilippe eventually outsprinted Bauke Mollema at the Avenida Libertad (Freedom Avenue) – a street name that fits well with his style of racing.

Alaphilippe loves racing in the Basque country. It’s his favourite terrain to gear up for the Ardennes classics. He won three stages of the past two editions of the Itzulia Basque Country in April. Although he has challenged the top climbers towards the highest summits of the Tour de France this year, short hills repeated several times remain his forte. Since the second category climb of Murgil Tontorra has been added to the course of the “Klasika” (in Basque language), less than ten kilometres from San Sebastian, this race suits him to perfection.

Alaphilippe also enjoys music – his father was a musician and orchestra director – and a party. The atmosphere of San Sebastian in the summertime, with the splendid beaches of La Concha and Ondarreta, is the perfect location for him – and many other riders – to extend the euphoria of the Tour de France. The weekend following the grand finale in Paris, the champions are usually still in top shape before they need a mental and physical rest.

The party will be completed this year with the first edition of the Donostia San Sebastian Klasikoa, the women version of the “Klasika”. UCI Women’s WorldTour leader Annemiek van Vleuten has been assigned the bib number 1. The 126km route also features the Jaizkibel and Murgil Tontorra.