“Bernard Hinault and the Fall and Rise of French Cycling” 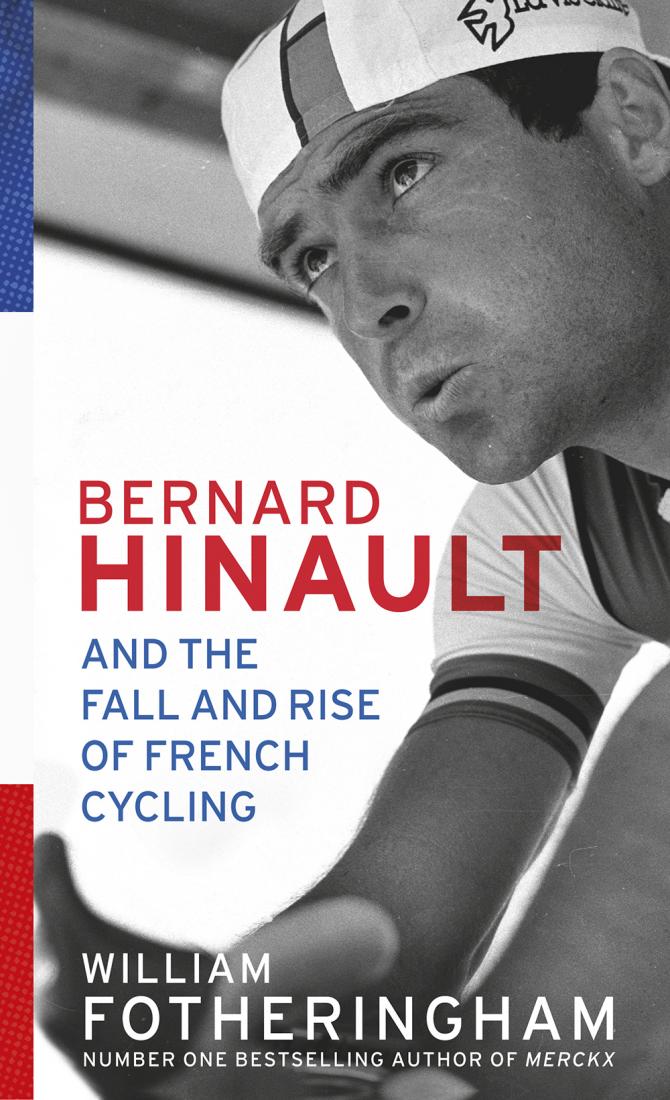 The following extract is from Bernard Hinault and the Fall and Rise of French Cycling by William Fotheringham. The book is out now (Yellow Jersey Press).

During the spring of 1980, Hinault’s Renault teammates gave Cyrille Guimard a gift: an Italian audio course on cassette tapes. By the time the team went to tackle the Giro d’Italia in May, Guimard was sufficiently proficient that when asked the Italian for ‘badger’ he could produce the word not only for Old Brock but also for shaving brush, to which the French word blaireau also refers.

The Italians knew what was coming their way. ‘We’d seen Hinault in the Classics, but he wasn’t a threat there like the Belgians were,’ recalls Phil Edwards, the Bristolian who was Moser’s chief lieutenant.

‘In those days, the standard at the Tour was head and shoulders above the Giro. The Italians hadn’t won the Tour in years, they were lucky to get a rider in the first six. There was a lot of exaggeration in Italy, everyone wanted an Italian to win, but we knew Hinault was the big favourite.’ Guimard and Hinault knew the importance of conquering the Italian fans and media – the former through the latter. For all their love of cycling, the tifosi were quite capable of sabotaging a non-Italian who was attempting to win their biggest race. There was already history between Hinault and the two leading Italians, Francesco Moser and Giuseppe Saronni, but with the tifosi and the organising newspaper La Gazzetta dello Sport on their side, winning the Giro would be easier.

The Renault manager and his protégé hoped this would be the first step in conquering the triple that only Merckx had achieved: the Giro, the Tour de France, and the world championships, which that year would be held on a course in the French Alps made for a cyclist who uses a bludgeon rather than a rapier.

Guimard took his crash-course in Italian, and Hinault spent a long evening in the little village of Castellania just after he had finished fourth in the prologue time trial at Genova, where Moser pulled on the first pink jersey of the race. The trip to the former home of the campionissimo Fausto Coppi was an impromptu affair, organised by Ollivier.

Hinault took a bunch of orange lilies bought for him outside the Renault hotel; he made sure to take a journalist from La Gazzetta with them. As Ollivier noted, ‘The rider who intended to win the Giro–Tour double had come to pay his respects to the first man to achieve the feat’; Hinault also visited Coppi’s brother Livio, who still lived in the village. The homage paid to their greatest cycling hero delighted the Italians.

Hinault took the pink jersey after the fifth stage, a time trial to Pisa – after which Moser announced that he and his rival Saronni should join forces against the Frenchman – but he and Guimard were both aware that their young Renault team would not manage to control the entire race. So Hinault relinquished the maglia rosa to Roberto Visentini. The tactics were questionable; while the young Italian was not a dangerman, Renault allowed two talented outsiders – Wladimiro Panizza and Giovanni Battaglin – to gain time along with him.

The French team then bided their time before making a first move on the fourteenth stage to Roccaraso. It was a masterly display of Guimard tactics; each day, the Renault sprinter Pierre-Raymond Villemiane had been contesting an intermediate sprint that carried points towards an overall classification with a Fiat Panda as first prize.

So the peloton thought there was nothing untoward when the Renault team led their sprinter out for the line in the little town of Isernia, after which the road rose to the two climbs in the southern Abruzzo mountains that would decide the stage: Rionero Sannitico and Roccaraso. But two hundred metres after the line, as the peloton relaxed after the sprint, Hinault made his attack, catching the leading Italians unawares and winning the stage, with only the oldest rider in the race, Wladimiro Panizza, able to hang on.

‘Sometimes those hilly stages in the south can be as damaging as the Dolomites,’ recalls Edwards. ‘I remember Hinault riding everyone off his wheel that day. It was pure strength.’ Panizza relieved Visentini of the pink jersey, meaning Renault still did not have the task of controlling the race. The message was clear though. ‘Everyone knew it was Hinault’s race after that,’ says Edwards. ‘There was such a difference. It felt like racing with Merckx on those mega stages in the Tour. There was no point in having an alliance against him – you were only racing for second.’

Like its beginning, the race’s end had resonances of Coppi. Three days from the finish in Milan, going into the toughest mountain stage of the race – westwards through the Dolomites from Cles to Sondrio – the early mountain stages had whittled the leaders down to a three-way battle; Panizza in the maglia rosa, Hinault 1min 5sec behind and a dangerman, Giovanni Battaglin, a few seconds further back. The race was clinched with an attack on the Stelvio Pass – the mountain indelibly associated for all Italian fans with Fausto Coppi – in another example of the Renault way: the French team put three riders ahead of the peloton, including Jean-René Bernaudeau, who was in the lead when Hinault attacked just before the toughest bit of the 24km ascent.

After climbing through massive snow banks to the 2,757m summit, he caught Bernaudeau on the descent and the pair rode the 80km remaining to the finish together. There, Hinault let Bernaudeau win. The Italian press weren’t entirely sure that this was good form – their stars, such as Moser and Coppi before him, tended not to indulge domestiques in this way – but Hinault explained that Bernaudeau had come to the race just after the death of his brother, had been close to abandoning due to his grief, and that the win would help him regain his feet a little. That effectively sealed the race: Panizza ended up 5min 43sec behind, Saronni seventh overall at almost 13min, while Moser had abandoned.