Bernard Hinault Inducted into the Giro d’Italia Hall of Frame 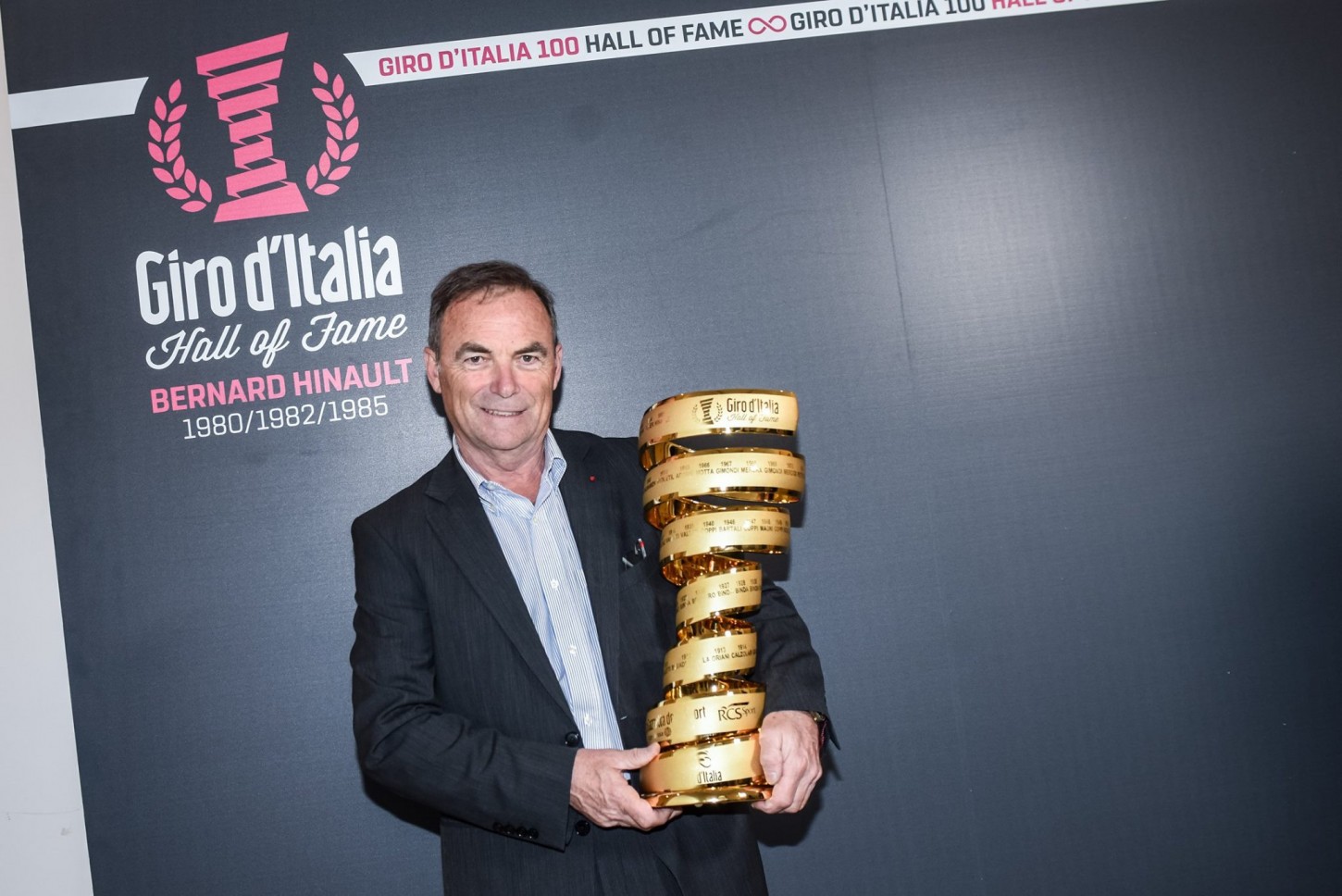 Bernard Hinault was officially inducted into the Giro d’Italia Hall of Fame during a ceremony at Milan’s Teatro Gerolamo yesterday.

Hinault won the coveted maglia rosa (pink jersey) three times during his career, after winning the Giro in 1980, 1982 and 1985.

In 1982 and 1985 he also won the Tour de France, putting him among the exclusive list of riders who have won both races in the same year —and the even more exclusive company of riders to do it twice.

Eddy Merckx, Miguel Indurain and Fausto Coppi are history’s only other riders to achieve the Giro-Tour double on more than one occasion.

“It is an honor to receive my induction into the Giro d’Italia Hall of Fame. The Giro is one of the races I have loved the most in my career and I continue to love this race, its passion and its fans,” Hinault said. “All the foreign riders who have come to Italy for the Giro always respected the race and give everything to win it. The Giro d’Italia was, and always will be, a very high level international race that everyone wants to win.”

“The Maglia Rosa is symbolic, a history in itself. It has a value and it is fantastic to try to earn it on every race day. For me the Maglia Rosa has the same value as the other important jerseys that I have worn, such as the Rainbow Jersey or the Yellow Jersey of the Tour de France.”

With his induction, Hinault became one of just six riders part of the Italian Grand Tour’s honor roll, joining the company of Merckx, Ercole Baldini, Felice Gimondi, Stephen Roche and Francesco Moser. He had a pair of riders in mind when asked who he thought deserved the honour next.

“My successor in the Giro d’Italia Hall of Fame? My two suggestions are Miguel Indurain and Giuseppe Saronni,” he said.

Hinault also took the opportunity to speculate on a possible winner of this year’s 100th edition of the Giro d’Italia, “having seen the route of the Giro100, it seems beautiful and very interesting.” “It has everything to make it exciting until the end: climbs, time trials and many challenging stages. It is really tough and complete. I believe the favorites could be Quintana and Nibali.”