Is it Better to Eat Before or After a Ride? 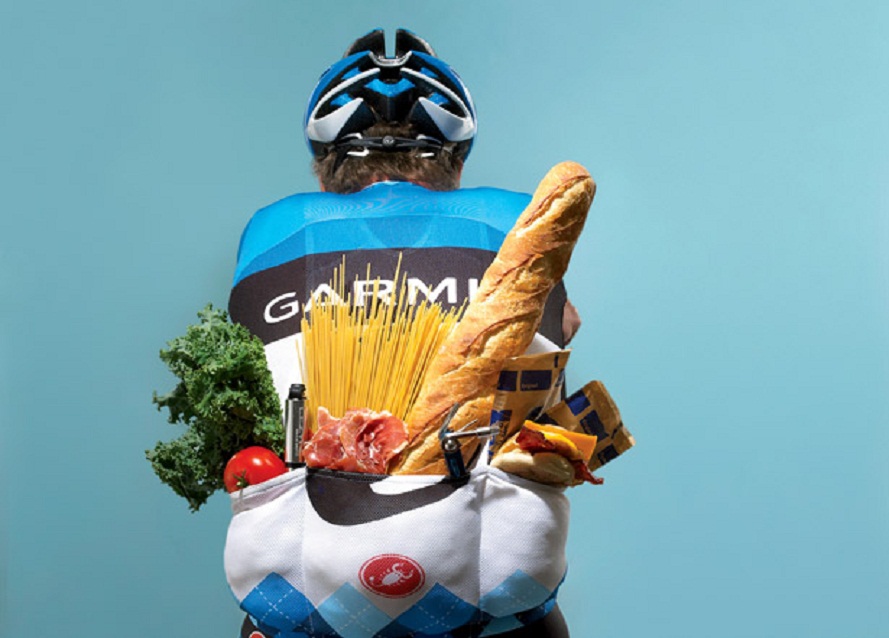 There’s a lot of confusion surrounding food intake and exercise – is it better to eat beforehand or afterwards? And what type of exercise benefits most from eating?

Eating before exercising is important for preparing to and recovering from exercise, especially in athletic competitions. Food contains potential energy or fuel that helps muscles continue to contract during exercise, especially exercise of long duration (more than 60 minutes).

But it’s common for people to not eat before exercise because they tend to be concerned it will make them feel sluggish, or cause cramps or an upset stomach.

This is a common misconception. The fact is most nutritional guidelines recommend people eat some form of food in the hours before exercise, especially carbohydrate or sugar.

Simple sugars or carbohydrates can be broken down by your body quickly to provide energy that will keep muscles functioning during exercise.

There are a number of things you should consider when thinking about food and exercise, including the type of food, how much, what type of exercise is being performed (and for how long), as well as your health or sporting objectives.

In order to make use of the fuel in food, it must be broken down, absorbed and moved to the muscles by the blood. So the food you eat before exercise is really only useful once it’s been digested and absorbed.

It takes time for the potential energy to become available for the body. During exercise, blood shifts away from the digestive track to the muscles, leaving less blood to aid digestion.

So if you’re going to eat before exercise and want that energy to be available to you when you work out, be sure to eat an hour or two beforehand.

The time needed for food to be processed and energy to become available depends on the type and quantity of what you eat.

Fatty food, protein, and fibre tend to take longer to digest than other foods. And eating food high in fat or fibre (fibre is higher in fruit and grains) may increase the risk of stomach discomfort during exercise because it remains in your stomach and isn’t absorbed.

Bigger portions of food will also obviously take longer to digest than smaller quantities. So if you’re going to eat immediately before exercise, it’s best to go for a small amount of carbohydrate foods, such a glass of sports drink.

Generally, food eaten before exercise is better tolerated before an easier work out. Or in types of exercise where the body is supported, such as cycling, compared to running or swimming where there’s considerable motion of the stomach and contents.

So unless you accustomed to it, it’s probably best not to eat before running or swimming. Or when you intend to exercise quite hard.

One of the reasons why we eat before exercise is to provide fuel for the muscles. But the body already has a stored fuel source (muscle glycogen) that can be used in short-term, hard activities.

So it’s not necessarily beneficial to eat something prior to a short, hard bout of exercise. Indeed, it’s probably better to eat after such exercise to recover from it.

In these instances, replace muscle glycogen stores using simple sugars such as fruit and sports drinks.

The most important nutritional strategy after working out is fluid replacement. Drink water, juice, or carbohydrate-rich sports drinks to replace fluid lost during exercise through sweat.

Other things to keep in mind

Many people “train” themselves to eat before exercise. This takes time and experience. Only practice eating before exercise if your purpose is performance, that is to be competitive in an event.

If you’re exercising for health reasons, eating before exercise may not even be necessary.

And people who are exercising for weight loss may be best served to not eat. But in all cases, seek specific advice from a dietitian or exercise physiologist on specific requirements.

Exercise expends energy. Stored energy is also in body fat or adipose tissue. When we exercise we can potentially use some of the this stored energy, which is why exercise is used to improve body fat loss.

Maintaining a normal diet is probably all that’s required to prepare yourself for between 30 and 60 minutes of exercise.

It’s only when longer, more demanding exercise or a sporting competition is involved that you should pay much closer attention to your nutrition. In those instances, eating simple carbohydrates one or two hours beforehand is recommended.