“Beyond the Peloton” Art Exhibit 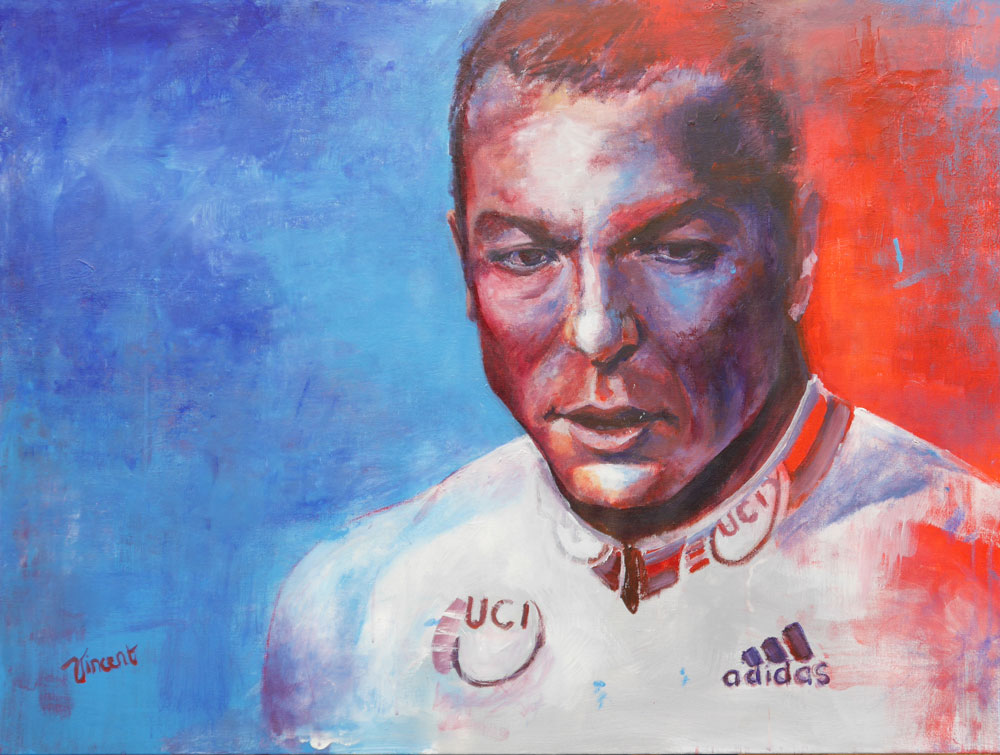 Some of Great Britain’s leading cyclists will be immortalized at an art exhibit next month called – “Beyond the Peloton”.

The exhibit in London’s West End, is the collaboration between photographer Geoff Waugh and painter Vince Kamp, which captures the likeness of such luminaries in the sport as Chris Hoy, Bradley Wiggins and Sarah Storey.

“When Vince broached the idea I was into it immediately.

“This is the first time I have joined with a painter for an exhibition and to see extra-large prints next to Vince’s big canvasses with their broad brush strokes will look amazing.

“We timed the show as cycle fans begin to get excited about the Tour de France which begins at the start of July. Beyond the Peloton will be the very best way to enjoy build up, as well as offering the chance to own one-off pieces of original cycling art.”

“I had this idea to make pictures that show more than just the standard ‘arms in the air’ victory shot because cycle racing is so much more than that.

“It is the preparation, the meditation and quite often the pain. To collaborate like this is such an exciting prospect.”