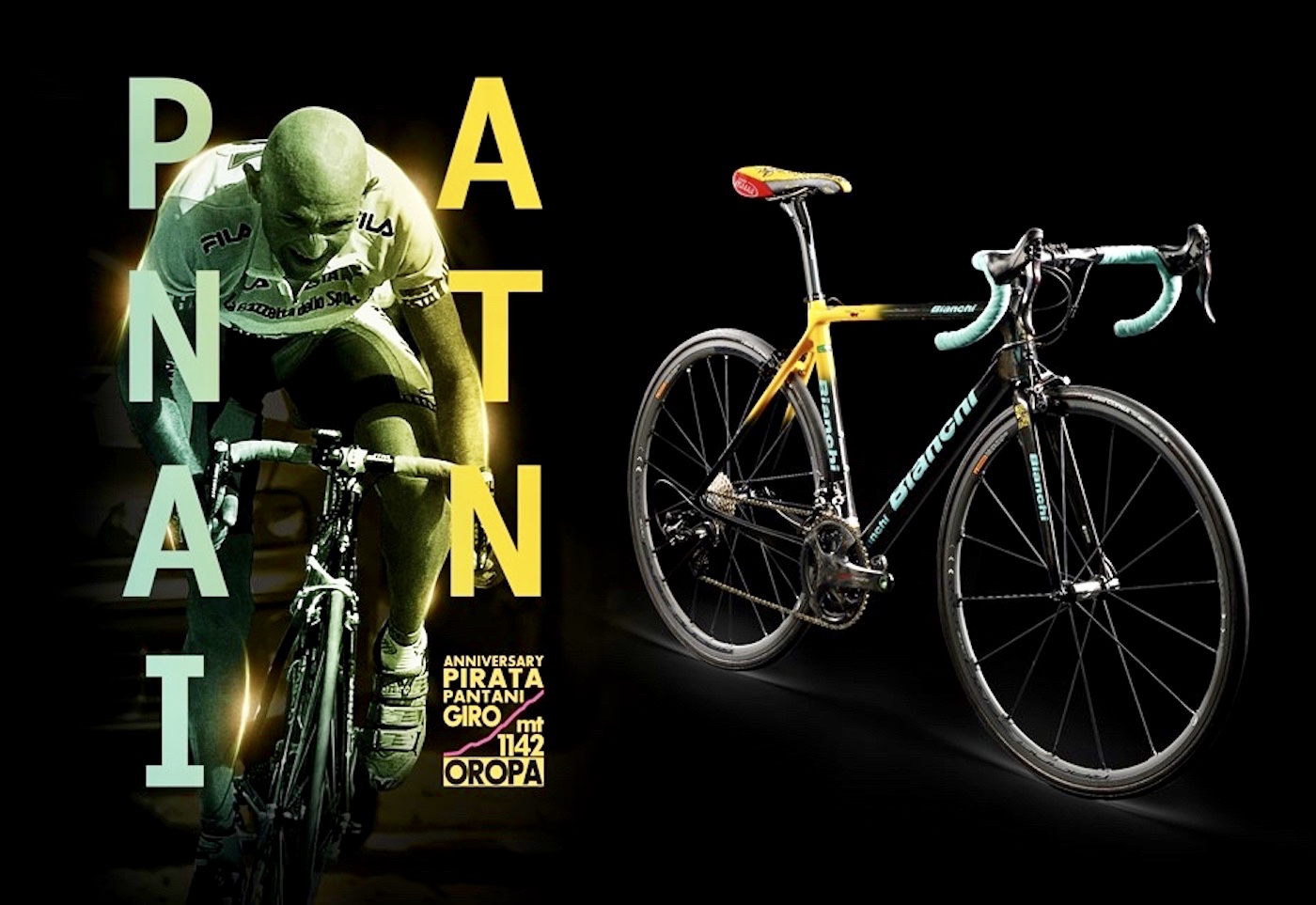 Bianchi has unveiled a limited edition version of its Specialissima frameset in homage to Marco Patani.

Adorned with a special paint scheme, the Specialissima celebrates the 20th anniversary of Pantani’s Giro d’Italia stage victory on the climb to Santuario di Oropa in northern Italy.

Fans will recall how Pantani suffered a mechanical problem with 10 kilometers to go till the summit, causing the maglia rosa (pink jersey) wearer to be distanced by his GC rivals by half a minute.

But, a determined Pantani was eventually able to regain contact with the leaders thanks to help of his Mercatone Uno-Bianchi teammates and go on to win the stage in solo fashion.

“While wearing the pink jersey of leader of the Giro, Marco Pantani put on a show for the ages from the saddle of his Bianchi MegaPro Concept. Falling foul of a mechanical with 10km to go, Il Pirata was cast 30 seconds adrift from the lead group including all of his rivals for the general classification. Rather than wait for the maglia rosa the contenders forged on – hoping to strike a knockout blow and eliminate the Italian favorite from the race”, says Bianchi in a press release.

“Assisted by his teammates of the Mercatone Uno-Bianchi squad, Pantani regained contact with the leaders, before flying past them and forging onto the finish line alone – winning the stage and setting the fastest ever time on the climb to Santuario di Oropa. It was perhaps his greatest performance, but he crossed the line without celebrating – believing there must still be some riders ahead. He knew only afterwards that he had taken the stage as well as saving his race. It was described as ‘La Rimonta del Secolo’, or ‘the comeback of the century.”

“To honor the twentieth anniversary of the miracle at Oropa, Bianchi has created a special edition frameset, liveried in the exact same design as the bike ridden by Il Pirata in 1999.”

In addition to replicating the original paint scheme of the 1999 team-issued Bianchi MegaPro Concept bike, the limited edition Specialissima further memorializes Pantani’s feat with a special commemorative logo on the shoulder of the fork blade.

According to Bianchi, the limited edition Specialissima is available as a frameset for £4,300.