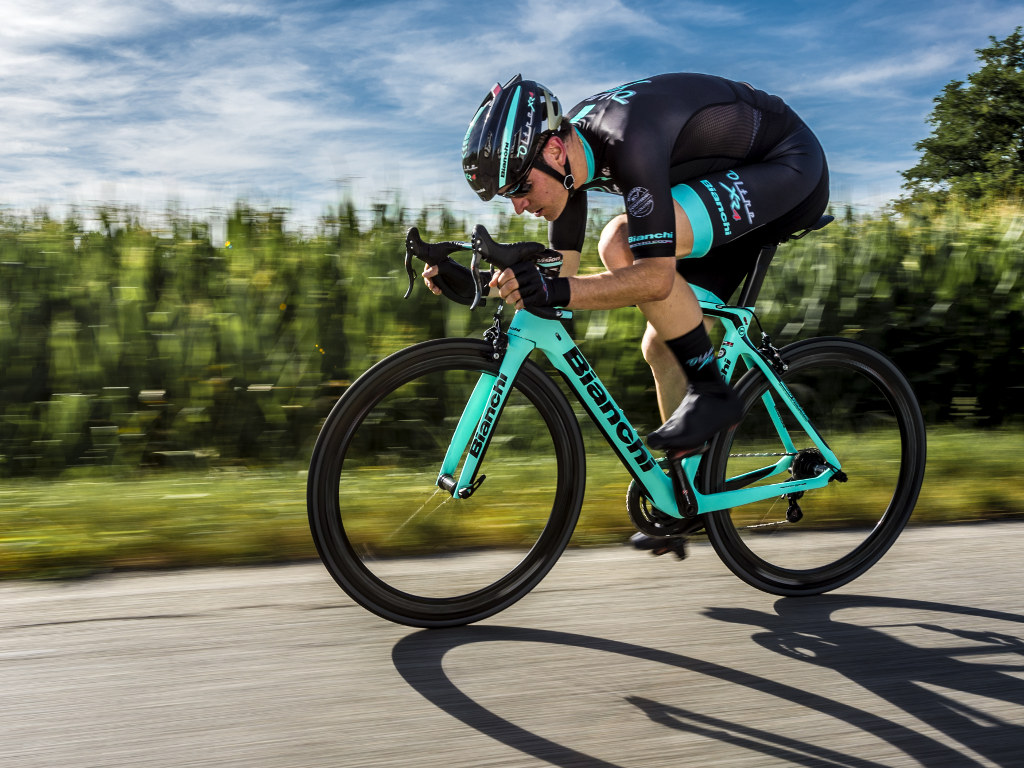 In fact, what clearly differentiates the new Oltre XR4 from the previous version, is the addition of Countervail, which is something the Italian brand has already put to favorable use with its Infinito endurance road bike, the Aquila time trial bike and Specialissima lightweight race bike.

“Developed for NASA by the Materials Sciences Corporation, Countervail is a composite-material system that combines viscoelastic carbon material within a unique fibre preform to cancel road vibrations and reduce turbulences in the frame that can affect its performance,” says Bianchi.

“Countervail enhances the rider’s peak power output by maximising the vibrational dissipation in the surrounding polymers. Countervail is exclusive to Bianchi CV frames and forks for unparalleled cancellation of vibration, ensuring the frame’s optimum performance at peak power output and high speed, and eliminating road buzz to reduce rider fatigue.”

According to Bianchi, a rider’s body contributes to a vast majority of aerodynamic drag, so therefore anything that helps a rider stay in an “aero position” adds to the overall aerodynamic effect and speed quotient.

“With our new Bianchi Oltre XR4, enhanced with revolutionary Countervail vibration cancelling technology that increases control, reduces fatigue and frame turbulence that affect performance, you will be able to hold your most aero position at high speed for longer to maximise your aerodynamic advantage.”

In addition to Countervail technology, Bianchi has also implemented several important changes regarding the shape of the new Oltre XR4 frameset, by using CFD (computational fluid dynamics) and flow visualization to identify keys areas of the frame where aerodynamics could be improved over its predecessor – the XR2.

“In a wind-tunnel, technicians flew fluorescent paint over the frame and fork’s surface at race speed and interpreted their trace patterns and intensity to reveal the aerodynamic performance of every aspect,” says Bianchi.

Bianchi says the Oltre XR4’s aero head tube design was inspired by Aquila CV time trial bike, wherein two different top cups can be used to accommodate either a conventional stem, or for use with their Vision Metron 5D combination handlebar/stem system – which creates an integrated front end.

In addition, the Oltre XR4 has also received the following enhancements:

Additionally, Oltre XR4 CV features a more “race” inspired geometry over its predecessor, whereby the head tube has been shortened by 5mm across all seven sizes, which results in significantly less “stack” height, as well as a slightly longer tube tube as well.

Bianchi says it will be releasing the new OltreXR4 with eight different build options:

Pricing is to be announced.