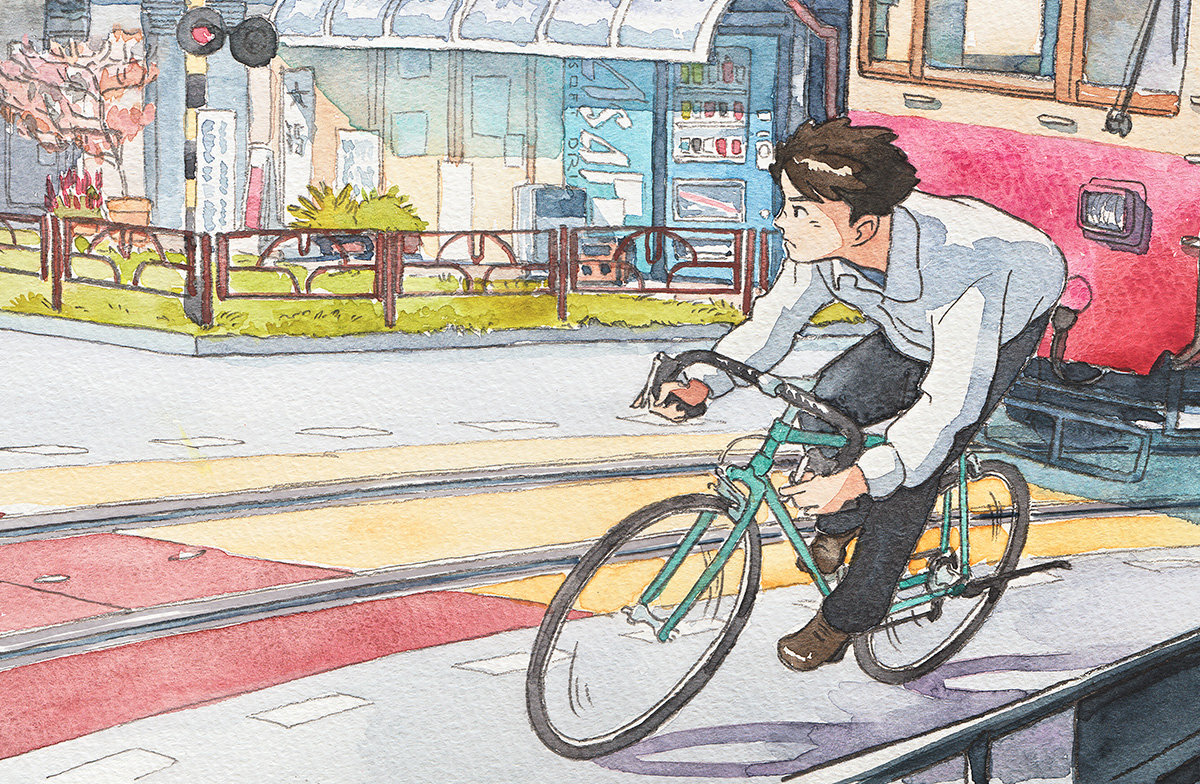 “Bicycle Boy” is a series of water color illustrations by Mateusz Urbanowicz , who lives and works in Tokyo.

“This project started as something I did just for fun in his spare time. Inspired by the animated films of Studio Ghibli “Whisper of the Heart” I made the first watercolor illustration that quickly spread across the Internet. After this I decided to make a series for the bike-to-hard-boy with his day as he fights to achieve his goal. “

Mateusz Urbanowicz studied at aka. Polish Japanese Institute of Information Technology, and received a masters degree at Kobe Design University in Japan with an minor in animation.