CapoVelo.com
CapoVelo.com - - "Bicycle Face": A 19th-Century Health Problem Made Up to Scare Women From Biking
17035
post-template-default,single,single-post,postid-17035,single-format-standard,no_animation

“Bicycle Face”: A 19th-Century Health Problem Made Up to Scare Women From Biking 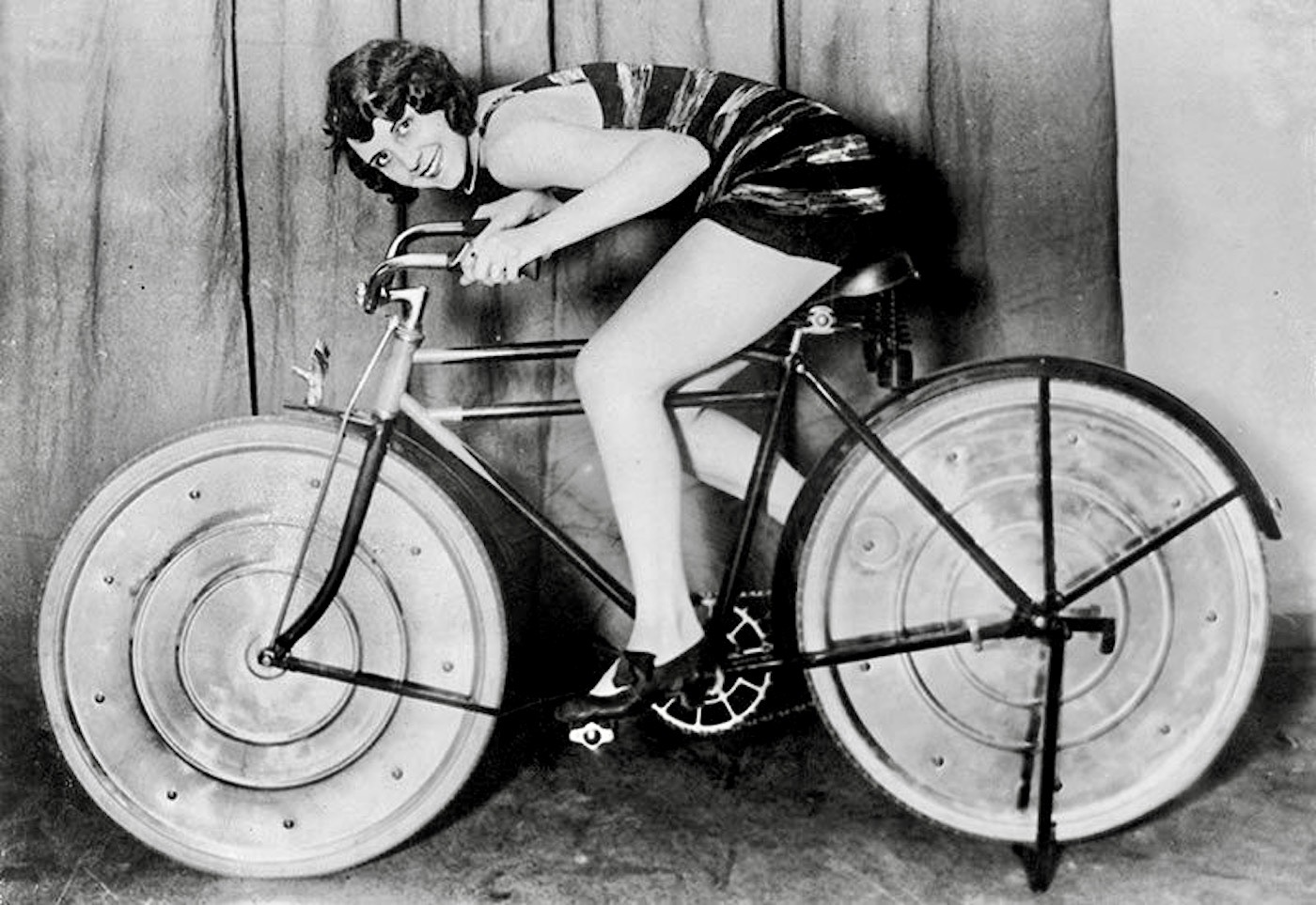 22 Mar 2021
By Campionissimo - In FEATURED ARTICLES, LATEST ARTICLES, THE PODIUM

Once upon a time, the main danger associated with bicycling had nothing to do with being hit by a car.

Instead, some late-19th-century doctors warned that — especially for women — using the newfangled contraption could lead to a terrifying medical condition: Bicycle Face.

“Over-exertion, the upright position on the wheel, and the unconscious effort to maintain one’s balance tend to produce a wearied and exhausted ‘bicycle face,'” noted the Literary Digest in 1895. It went on to describe the condition: “usually flushed, but sometimes pale, often with lips more or less drawn, and the beginning of dark shadows under the eyes, and always with an expression of weariness.” Elsewhere, others said the condition was “characterized by a hard, clenched jaw and bulging eyes.”

It’s hard to find the very first mention of this “condition,” but in an 1897 article in London’s National Review, British doctor A. Shadwell claimed to have first coined the phrase a few years earlier. He went on at length about the dangers of bicycling, especially for women, describing how “cycling as a fashionable craze has been attempted by people unfit for any exertion.”

Descriptions of bicycle face varied: some implied it could be a permanent condition, while others maintained that given enough time away from a bicycle, a person’s bicycle face would eventually subside.

Explanations of the root cause of bicycle face also varied. Shadwell, for one, argued that the particular difficulty of keeping a bicycle balanced caused it, but that the accompanying overexertion also played a role. Some other publications felt that violating the Sabbath by riding bicycles on a Sunday was ultimately to blame. Most agreed that bicycle face could strike anyone, but women were disproportionately affected.

Obviously, bicycle face isn’t a real thing. Which brings up an interesting question.

Why were doctors so worried about bicycle face?

In 1890s Europe and America, bicycles were seen by many as an instrument of feminism: they gave women a measure of increased mobility, began to redefine Victorian ideas about femininity, and were eagerly taken up by many women active in the suffrage movement. Bikes helped stoke dress reform movements, which aimed to reduce Victorian restrictions on clothes and undergarments so women could wear clothes that allowed them to engage in physical activities.

IN THE 1890S, BICYCLES WERE SEEN BY MANY AS AN INSTRUMENT OF FEMINISM

As Munsey’s Magazine put it 1896: “To men, the bicycle in the beginning was merely a new toy, another machine added to the long list of devices they knew in their work and play. To women, it was a steed upon which they rode into a new world.”

All this triggered a backlash from many (male) doctors and onlookers, who cited all sorts of reasons to dissuade women from riding bikes. In general, they argued, bicycling was an excessively taxing activity, unsuitable for women. It would lead to not only bicycle face, but also exhaustion, insomnia, heart palpitations, headaches, and depression.

The women who did ride faced a huge list of rules. Among the New York World’s 41 rules for female cyclists printed in 1895 were “Don’t refuse assistance up a hill” and “Don’t emulate your brother’s attitude if he rides parallel toward the ground.”

Toward the end of the 1890s, though, many doctors began to publicly question the idea of bicycle face, noting that people concentrate when riding or driving any sort of vehicle without it causing lasting facial damage.

In 1897, the Phrenological Journal quoted Chicago doctor Sarah Hackett Stevenson putting the issue to rest: “[Cycling] is not injurious to any part of the anatomy, as it improves the general health. I have been conscientiously recommending bicycling for the last five years,” she said.

“The painfully anxious facial expression is seen only among beginners, and is due to the uncertainty of amateurs. As soon as a rider becomes proficient, can gauge her muscular strength, and acquires perfect confidence in her ability to balance herself and in her power of locomotion, this look passes away.”

Who writes about science. And sometimes other things. Previously of Smithsonian magazine and Buffalo, New York.