Bicycle Showroom in Copenhagen Takes on a Futuristic Aesthetic 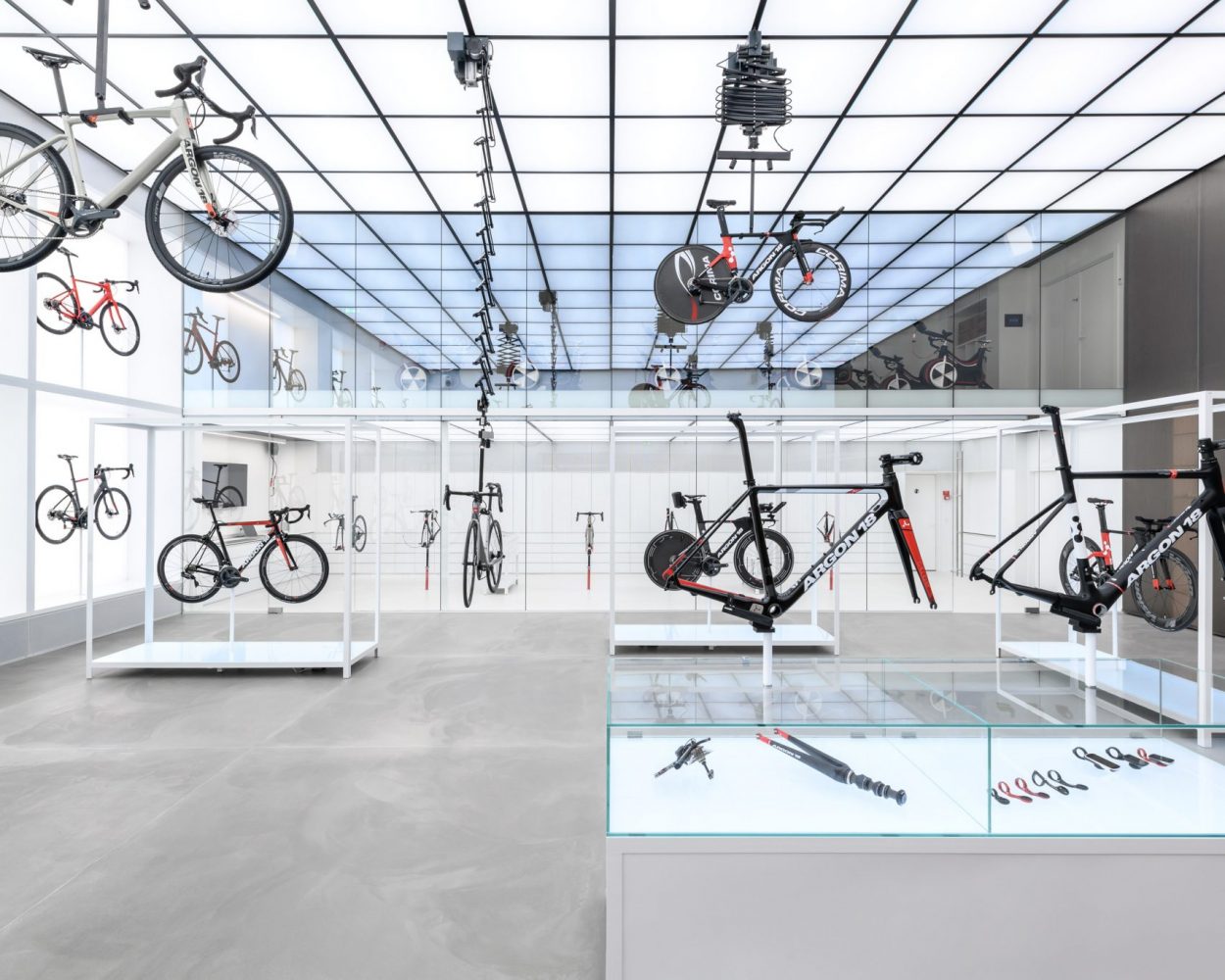 Thanks to the design studio of Johannes Torpe, a bicycle showroom just outside of Copenhagen has taken on a futuristic aesthetic, complete with illuminated white walls and mechanical hoists attached to the ceiling.

According to Torpe, the goal of transforming the 1,800 square-foot space was to encourage customers to “inspect, touch and admire the bicycles for their technical superiority”.

The showroom is located in the small town of Lynge, which belongs to United Cycling, a distributor of high-end bicycles and components.

In addition to the lighted-walls and specially designed hoists, the showroom also features a bike-fitting area for customers, as well as a number of meeting rooms and a canteen for staff.

An interesting grid-like formation along the walls and ceiling aimed at reflecting the bold shapes and angles of the bikes, also punctuates the space.

“The result is a clinical and futuristic lab – a toy store for the passionate and serious rider. We call it a modern monastery for the science of cycling,” explained Johannes Torpe Studio.

The rest of the showroom has otherwise been kept simple with concrete flooring and timber panelling, while perforated panels of white aluminum highlight the building’s exterior facade.

“The design concept circles around the contrasts between nature and science and the meeting between man and machine,” the studio added.

“This theme is particularly noticeable in the material choice were warm natural materials such as oak meet the cold industrial feeling of the floors.”