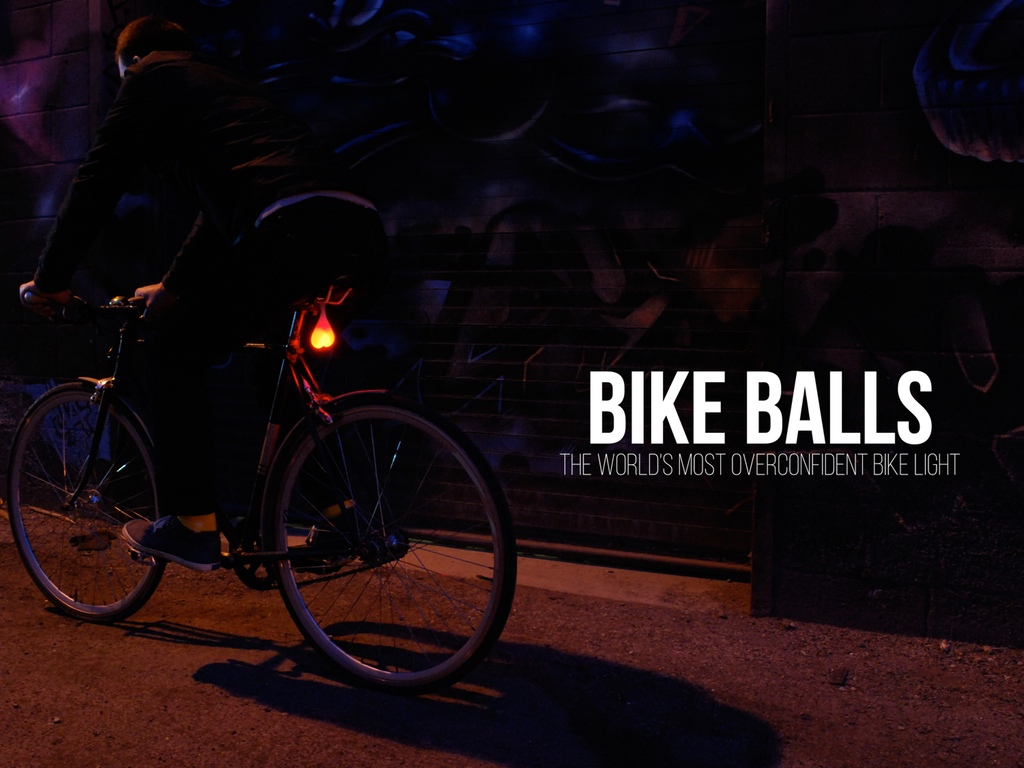 Although my grandfather was both an avid cyclist, and a man a great polyp pulchritude, he never dreamed of being able to show off his “balls” on a ride.

Why ? Mainly because Bike Balls weren’t around back in his day. But, they are in mine.

Bike Balls is a campaign to promote safety, and show the motoring public that one can ride like they’ve got a “set”.  😛

Bike Balls is an LED light of testicular luminosity, that warns motorists and other cyclists you’ve got “sack” when it come to safety.

The device turns on and off by act of privileged fondling, and are easily fastened and unfastened to the bike for safe carrying and storage. For example, a stop in at the local Christian Science Monitor office, or to see The Nutcracker with family and friends.

For more information on these dangling beacons of man-hood, check out Bike Balls’ Kickstarter campaign.

By the way, rumor has it, Bruce Jenner placed the first order.

As cyclists who regularly ride in the city, we are vulnerable to distracted and neglectful drivers. We wanted to do something to change that and have some fun while doing so. Bike Balls are more visible and noticeable than your average bike light, making you more safe and confident as you ride through the city streets at night. It takes grit, wit, and huge balls to ride in the city so show ’em what you got!

We got the idea for Bike Balls when we started to hang normal bike LED lights off of our seat rails. The regular lights would swing under the seat while we were riding and were quite suggestive, but pointed down which wasn’t optimal. Our old bike lights also needed to be taken off every time we parked or they would often be stolen. We wanted to address these issues, while creating a fun product.