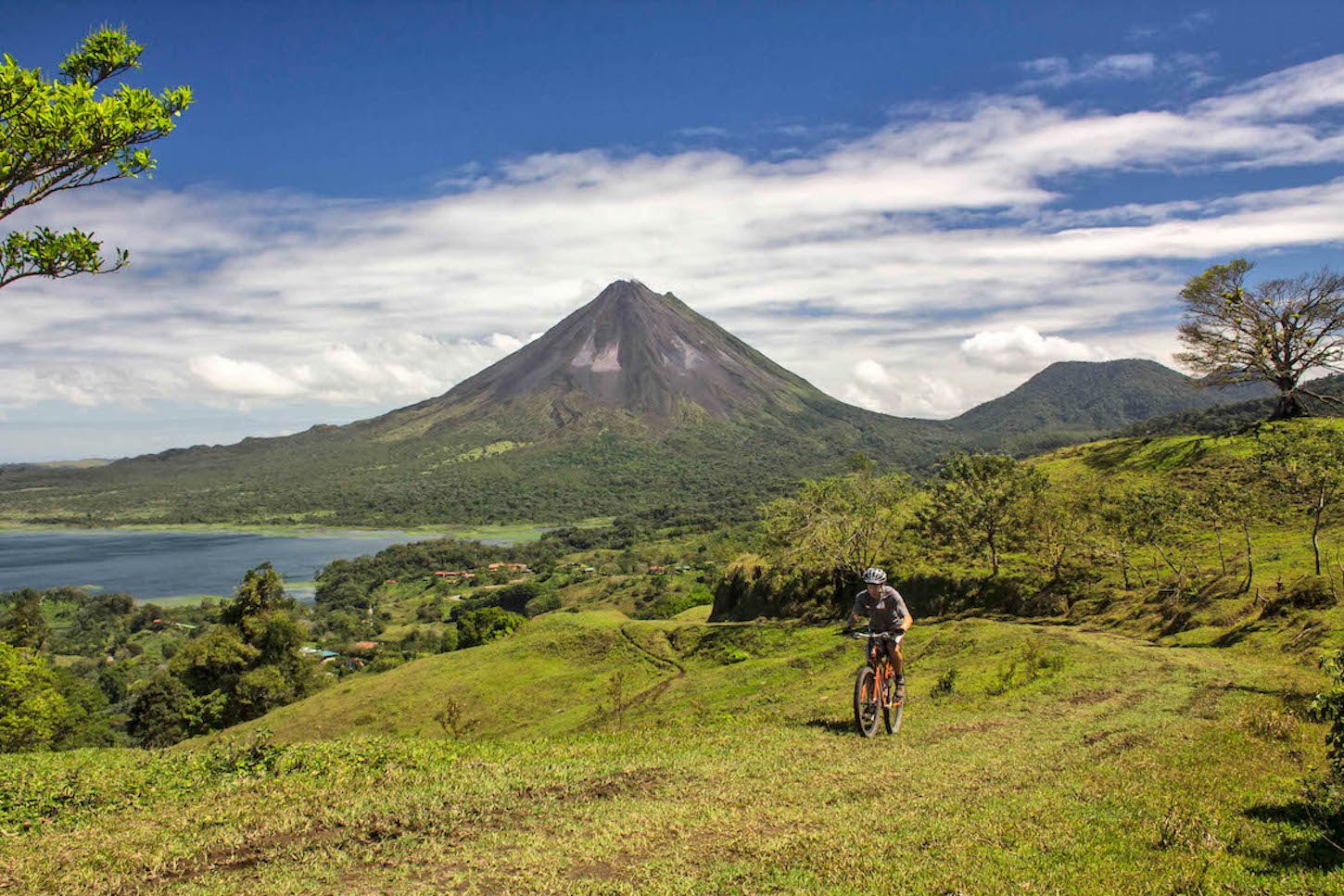 words and photography by Matt Kadey

Tucked in between Nicaragua and Panama, Costa Rica is a country famed for its richness in ecological biodiversity and political stability, but it’s also a land oozing with bikepacking potential. But Costa Rica’s sunny surf spots and rainforest canopy walks aren’t gringo secrets. With a reputation for peacefulness and an overabundance of natural wonders, it’s no wonder winter-dodging tourists come here in droves. But on two wheels it’s very much possible to tap into the country’s less trodden terrain and untouched corners. Rugged dirt roads beckon for fat tire exploration and a different version of ecotourism.

La Gira de Costa is an adventurous bikepacking route that kicks off in the working man’s town of Liberia before heading upwards into the Guanacaste cordillera, a lush biodiverse volcanic mountain range that forms part of the southern region of the Continental Divide. Here, riders will be presented with a panoply of riding surfaces, including sun-bleached volcanic rock, dirt roads, jungle-damp paths through a corridor of vivid green, and just a touch of pavement. Along the way there are plenty of opportunities to spy on the mighty Miravalles volcanic massif, a kaleidoscope of birdlife, clear rivers cruising down mountain flanks, fluttering butterflies (including the always impressive electric blue morpho), and a towering jungle canopy — all the while testing out your fitness on the collection of angry inclines. Hunker down in the friendly town of Curubande for a couple of days, and you can strike out on foot into heavily forested Rincón de la Vieja National Park or take a rip around the surrounding mountain bike trails.

From here, the route wanders south through steamy rural countryside that’s far removed from the tourist crush before starting a sojourn under bluebird skies around the beach-heavy Nicoya Peninsula. Jutting out into the Pacific from the Northwest of the country, the Nicoya land mass is comprised of hilly, dry tropical forest, craggy bays, and a nearly endless string of renowned sand that will surely appease any sun-worshiping beach lover. National Geographic has identified the Nicoya as a Blue Zone, a region of the planet that produces an especially high rate of centenarians. The combination of bumpy dirt roads, impossibly steep and loose inclines, water crossings, and the haunting roars of shaggy howler monkeys will keep riders on their toes. When possible, the route wanders away from the main drag and onto secondary paths, where your only other company will be ticos herding their cattle, sprawling strangler fig trees, and yellow-bellied kiskadee belting out their archetypal kis-ka-dee to cheer you on. Then you’re guided onto beachfront for some thrilling hard-packed sand riding and the opportunity to recharge with a dip in the warm waters. Stay an evening at un-gentrified Playa Ostional for the chance (fingers-crossed) to witness Olive Ridley sea turtles lumber ashore to lay their eggs in the early morning glow.

Nicoyans are very proud of their abundance of beaches, which shows in how relatively spotless they are, owing to frequent community clean-ups.

The route visits a few busier touristy towns like Samara and Montezuma, but for the most part these are exceptions to the rule, giving you plenty of chances to peacefully soak up the nature. Rides can be very dusty and scorchingly hot, so start early in the day, don’t expect to keep a rapid pace, bring extra chamois cream, and never turn down a chance to hydrate with a batido (blended fruit drink). Finish your day by pitching a tent on any number of blissfully underdeveloped beaches, and as the sun dips behind the Pacific you’ll luxuriate in having the entire view to yourself.