Bikepacking the Old Copenhagen-Alta Post Road from Finland to Norway 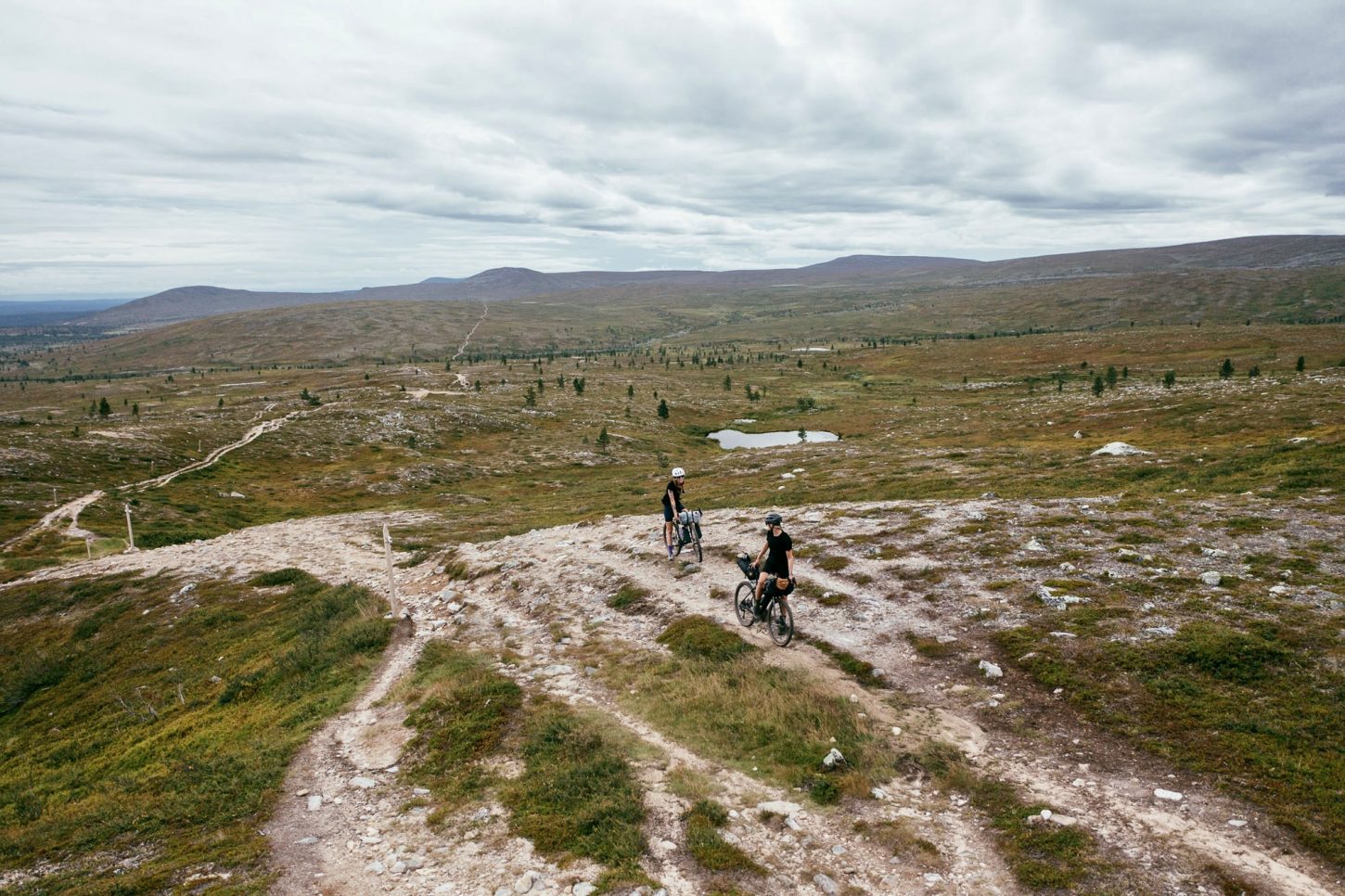 The Arctic Post Road bikepacking route follows the remnants of the old Copenhagen-Alta post road, starting from the fells of Pallas-Ylläs National Park in Finnish Lapland and traversing the Finnmark highlands all the way to Alta on the Arctic Ocean. The route crosses an expansive wilderness area that’s one of the last remaining wilderness areas in Europe. The film showcases the beauty and harshness of the area.

The land above the Arctic circle is not the most well-known bikepacking destination, not even for Finns or Norwegians. Henna Palosaari from the Shimano Gravel Alliance was no exception, despite the fact that she’s snowboarded on these mountains outside Ylläs for years. When she heard about the 400-kilometer Arctic Post Road route from Ylläs, Finland, to Alta, Norway, she knew she had to see what was under the snow.

On June 22nd, Sami Sauri got a message from Henna that read: “I’m planning to ride Arctic Post Road in August, would you be keen to join?” “Omg, yes would love that,” was Sami’s instant response. Next question: mountain bike or gravel? “I was thinking of doing the MTB version of the route but with a gravel bike,” Henna wrote back with laughing emojis. Sami was in.

The Arctic Post Road bikepacking route follows the remnants of the old Copenhagen-Alta post road. It starts from the fells of Pallas-Ylläs national park in Finnish Lapland and runs through the Finnmark highlands all the way to Alta on the Arctic Ocean. The wilderness area created by Finnish and Norwegian Lapland is three times the size of Belgium and one of the largest spaces like this in Europe. With a reindeer-to-person ratio of 5:4, you will likely encounter more reindeer than people on the trails. However, reindeer are not here to be adorable entertainment for bikers, they are also economically important for many Lappish and Sámi. To respect that, the route is closed during the critical season in late September when herds of thousands of reindeer are gathered together for fall round-ups.

Besides that, it is also recommended to take Räkkä into consideration – that’s the season when there is a high population of mosquitos, black flies, biting midges and horse flies in the Arctic, unless you plan on wearing a full-body mosquito net while riding. Despite never having been to Lapland before, Sami had heard all about the mosquitoes, and duly came prepared with a mosquito head net, bracelets, and repellent. Räkkä starts usually by late June and lasts usually until mid-August, which makes the end of summer and fall a great time for bikepacking in the Arctic. By September, the Northern Lights often light up the night sky as well.