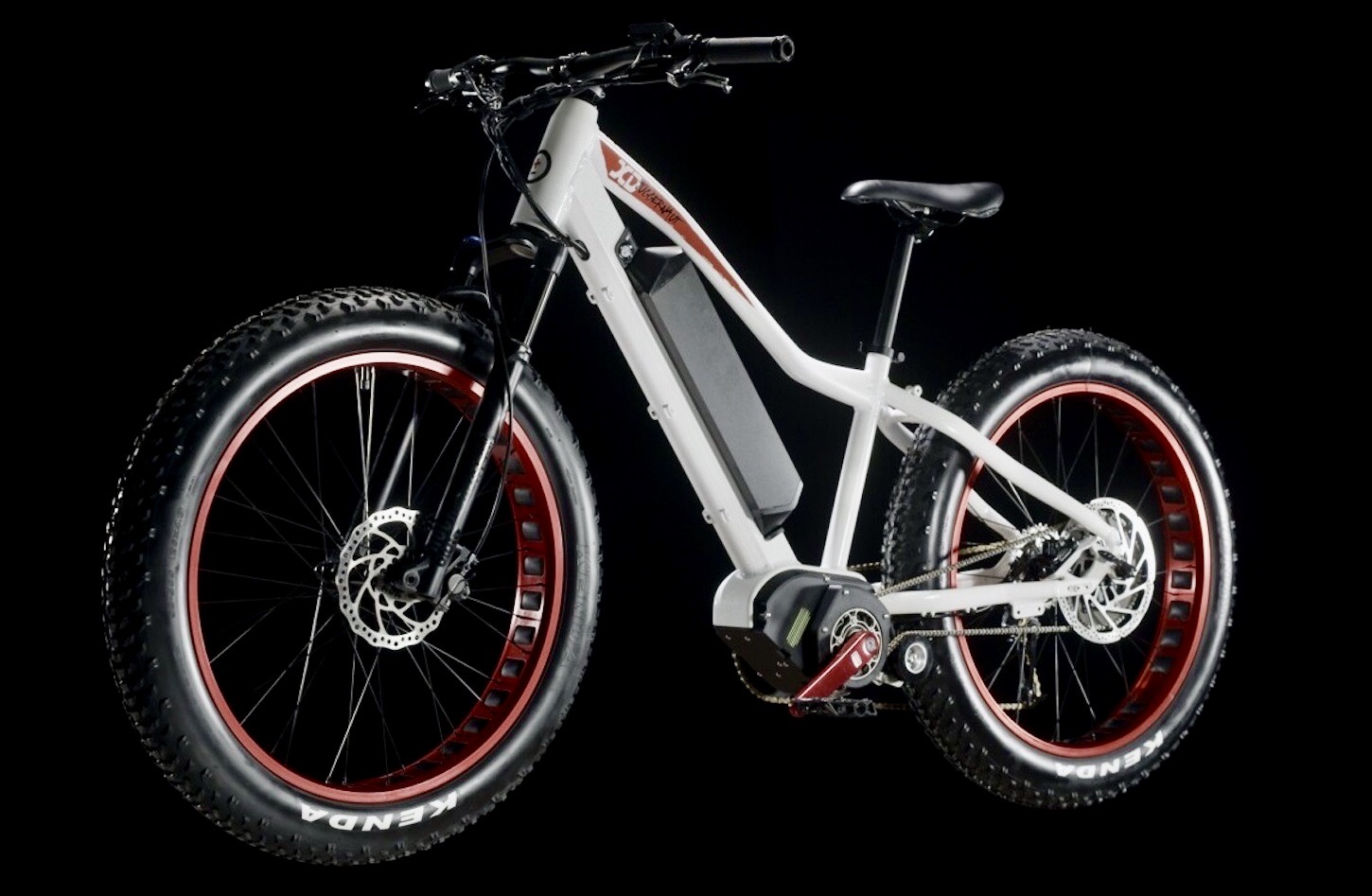 According to Biktrix, two chains are better than one when it comes to delivering power, as evidenced by the Canadian brand’s latest Juggernaut XD eBike.

As a result, steep hills and even heavy cargo hauling (up to 1,750 pounds or 794kg) are a breeze for the Juggernaut XD, thanks to its mid-drive Bafang M620 Ultra motor, the most robust eBike drivetrain on the market that can easily sustain a power output of 1,000W and often peaks closer to 1,500W.

In order to handle the increased power and torque, Biktrix had to develop beefier chains and cassettes that could withstand the load, which after some tweaking brought the Bafang system’s power output to nearly 2,000W.

Biktrix says it has plans to develop a pedal-assist variant that’s aimed more towards the urban cycling segment. But, for now it’s only being offered in an off-road, throttle-based model with three settings that are selected via a lefthand thumb controller or with the righthand twist control.

Biktrix is offering early customers a discounted price of $4,999 for the Juggernaut XD, which will retail for $5,999 when it becomes available this summer.