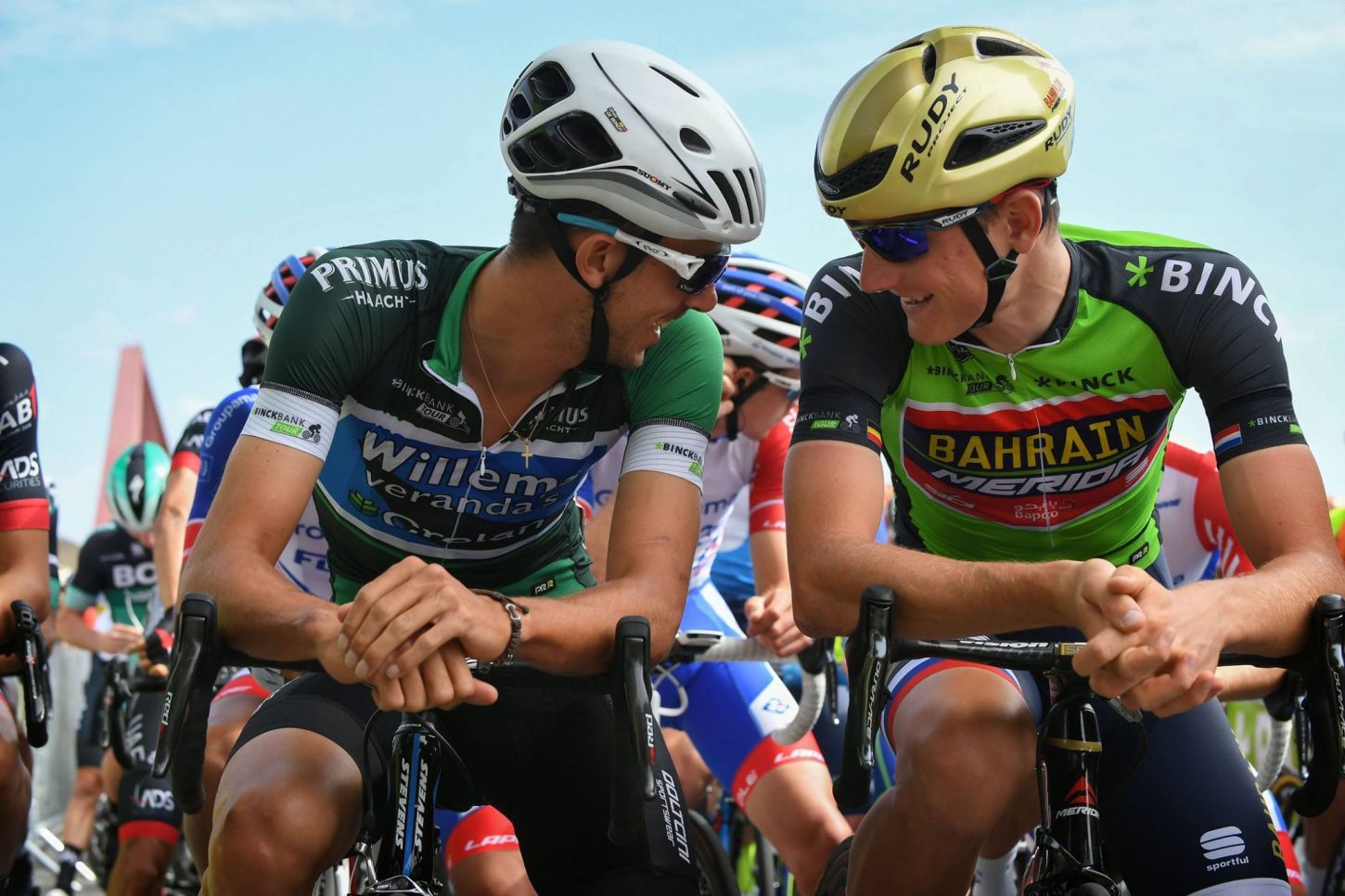 Bora-Hansgrohe’s Gregor Muhlberger claimed a solo victory in stage 6 of the BinckBank Tour in Sittard-Geelen today, after executing a well-timed attack from a small lead group with just over a kilometer to go.

Matej Mohoric (Bahrain-Merida) finished safely in the peloton to hold onto the overall race lead with just one stage remaining.

The Austrian rider succeeded in bridging his way across to the two out front leaders Wellens and Stybar, along with Dylan van Baarle (Sky) with 2.5 kilometers to go, and took advantage of a lull in the intensity to attack, with no-one able to peg him back.

Stybar and his teammate Max Schachmann, who had made contact with the lead group just as Mühlberger attacked, were the two who tried hardest to close him down, but there was nothing the riders behind could do except to try and sprint for second place as they arrived three seconds behind the winner.

Wellens was the rider able to take second, with Stybar claiming third, van Baarle in fourth and Schachmann in fourth.

Greg Van Avermaet (BMC Racing) made a late move with Søren Kragh Andersen (Sunweb) to gain three seconds on the bunch, but no-one was able to unseat race leader Mohoric, who fought hard throughout the hilly stage to hold on to the lead, which sits at — as he finished in the main group.