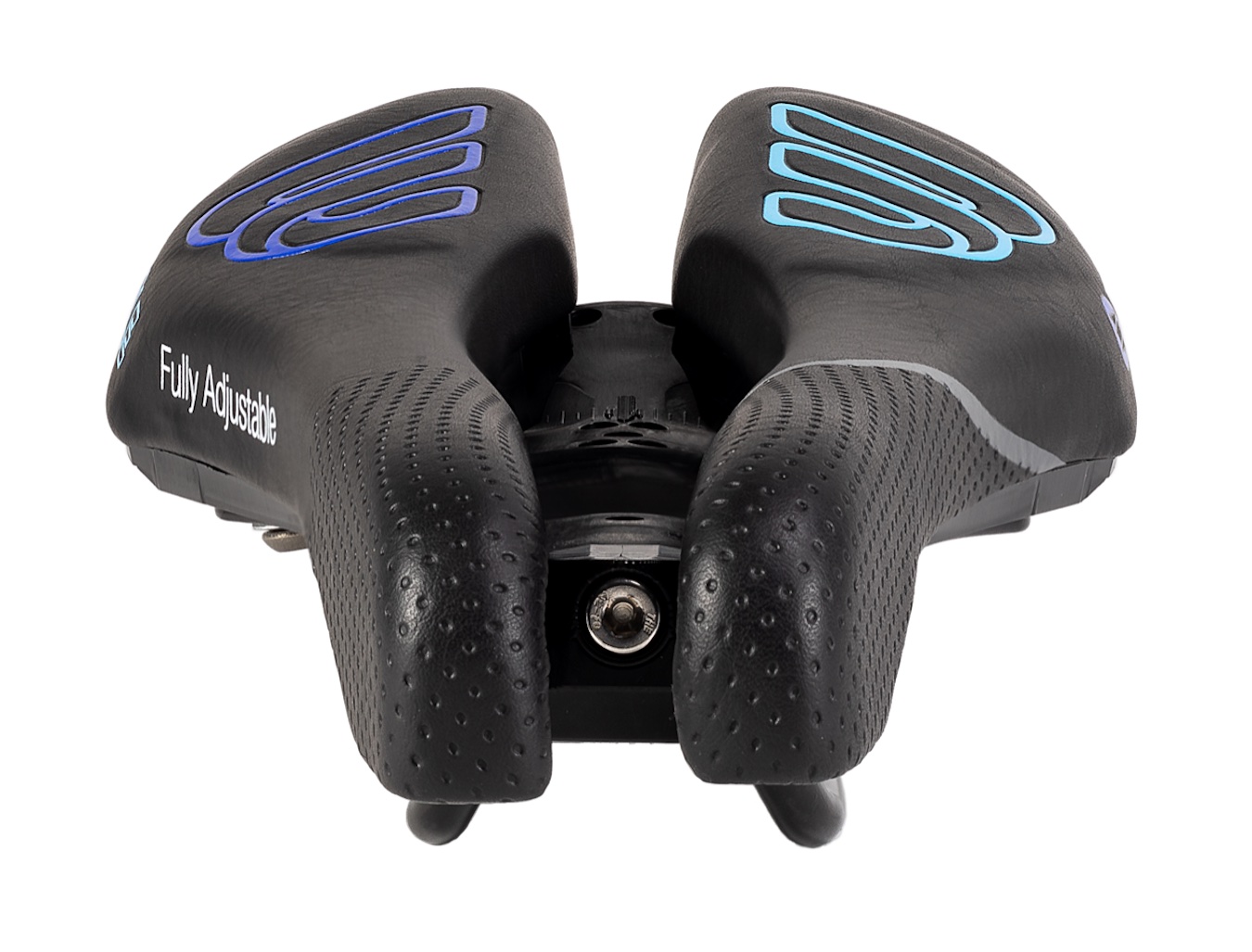 05 Aug 2022
By Campionissimo - In LATEST ARTICLES, THE DOUBLE DIAMOND

At the risk of sounding vulgar, there’s a saying in the car business, “for every ass there’s a seat”. In the bike industry however, there isn’t always a “seat for every ass”, meaning choosing the proper saddle for most cyclists is often a laborious process of trial and error.

I for one, have struggled with chaffing issues brought on by ill fitting saddles, swapping one after the other in search of the requisite amount of comfort and support. While, I’ve come to find a middle-ground with a handful of saddles, there’s always been this thought that there could be a tad more cushioning and contour in certain areas with most of them.

It just so happens that I was recently approached by BiSaddle to review their new ShapeShifter EXT that was initially produced in partnership with BikeFit, touting it as the virtual “Erector Set” of bike saddles, wherein cyclists can change both its shape and profile via built-in points of adjustment, along with a series of wedges.

Specifically, two built-in points of adjustment enable cyclists to adjust the full width of the ShapeShifter EXT from 130mm to 185mm, while the wedges allow the saddle to be further flattened or rounded out in order to increase or decrease curvature.

Needless to say, a cyclist can literally spend hours on-end tweaking the saddle to the delight of his or her buttocks.

In my case, I found experimenting with width alone to be sufficient enough to find the right sweet spot. For others, the wedges can be used to change the angular profile of the saddle, something BikeFit says is aimed at eliminating pressure on the pelvic girdle and perineum that can lead to Erectile Dysfunction.

Fortunately for me, even after more than three decades of riding the “elevator still goes to the top floor”.

Once dialed in, I found the ShapeShifter EXT to be extremely comfortable. In fact, it’s without question the cushiest saddle I’ve ever ridden.

Interestingly though, it also proved to be very supportive, balancing out its plush feel with a solid sense of perch. And, this wasn’t a conclusion I arrived at after a mere jaunt along one of my favorite loops, but rather after spending a few hundred miles on it.

As far as style is concerned, let’s face it, all of us cycling enthusiasts are in one way or another “slaves to fashion”.

So, initially I was a little concerned about the unorthodox appearance of the ShapeShifter EXT detracting from the silhouette of my “rig”, kind of like showing up to a dance party with “state hospital shoes” on.

But, in actuality the saddle looks quite respectable, especially given the out-cropping of new compact designs that have hit the market.

In conclusion, the ShapeShifter EXT isn’t just another far-flung design set against a seemingly limitless number of bike seats available. Rather, it provides a solution for cyclists who have fitment issues that one saddle alone can’t address.

The ShapeShifter EXT is available with Cro-Mo, titanium and carbon fiber rails, which sell for $249, $299 and $349 respectively, with weight ranging from 275g to 340g.

Since this review, BiSaddle has come out with a number of new saddles, featuring numerous sizes and profiles.