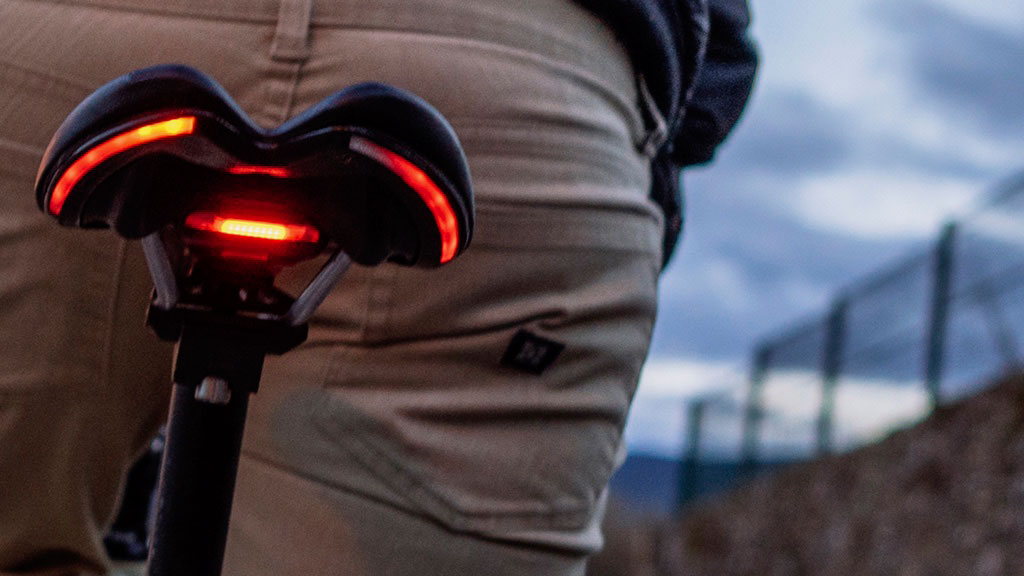 03 May 2017
By Lord Velo - In FEATURED ARTICLES, LATEST ARTICLES, THE DOUBLE DIAMOND

According to BLINK, both the turn signals and the LED’s are activated using their wireless B-LINKED remote which easily fastens to any style of handlebars, while providing 270 degrees of visibility to oncoming traffic from behind.

In addition, the BLINK saddle also features the company’s Smart Brake System, wherein the system recognizes when the rider is slowing down and sends out a flashing beam to notify traffic from behind.

Furthermore, the BLINK saddle is fully weatherproof, and charging is easily handled via any USB port.

The BLINK saddle is being offered in 7 different models across three categories, which differentiate themselves based on materials and riding style.

BLINK is currently undertaking a crowd-funding campaign on Kickstarter, with the goal of raising $45,000 in order to get the saddle into full production, while offering early backers a 50% discount with prices starting at 75€.

You can learn more about the BLINK saddle by visiting both the company’s website and Kickstarter page.