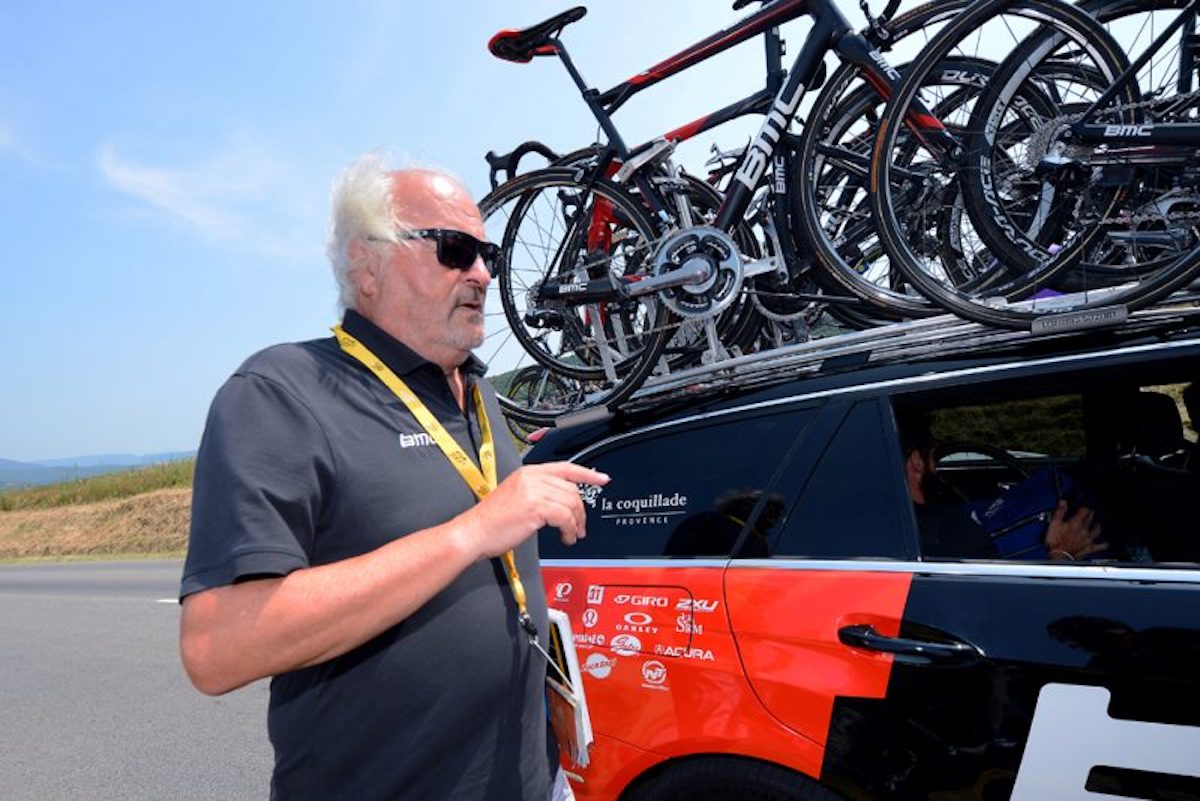 The man who helmed the BMC bicycle brand and the UCI WorldTour team that carried its name, Andy Rihs, died yesterday morning from ongoing health problems. He was 75.

Rihs died Wednesday in Zurich after “a patient and valiantly endured illness,” the BMC team said in a statement today.

“Andy was not only an owner and main sponsor of BMC Racing Team, but also a friend who enjoyed life and loved sharing that joy,” said the team. “With him, an exemplary visionary, an avid sports fan, a passionate cyclist, and a great supporter of sport has left us. His generosity, his sense of humor  and his infectious laugh have shaped the man that has been by our side since the beginning of BMC Racing Team. Our grief is indescribable, but we will carry on his values.”

“Not least thanks to the great commitment from Andy, BMC Racing Team has been able to develop so well in both a sporting and economical sense. Andy has served as an inspiration to us all.”

Rihs previously founded the Phonak team in 2000, which was financed by his hearing aid company. However, the team disbanded in 2006 after Tour de France winner Floyd Landis tested positive for banned doping substances.

Rihs returned to cycling the following season under the auspices of his BMC bicycle company.  From there, the team rose to prominence after Cadel Evans won the Tour de France in 2011, which was followed by other significant victories such as Philippe Gilbert’s 2012 World Championship Road Race victory, along with two World Championship Team Time Trial victories in 2014 and 2015.

Rihs was also the owner of young boys soccer team based in Bern, Switzerland, who currently sits on top of the Swiss Super League’s first division.