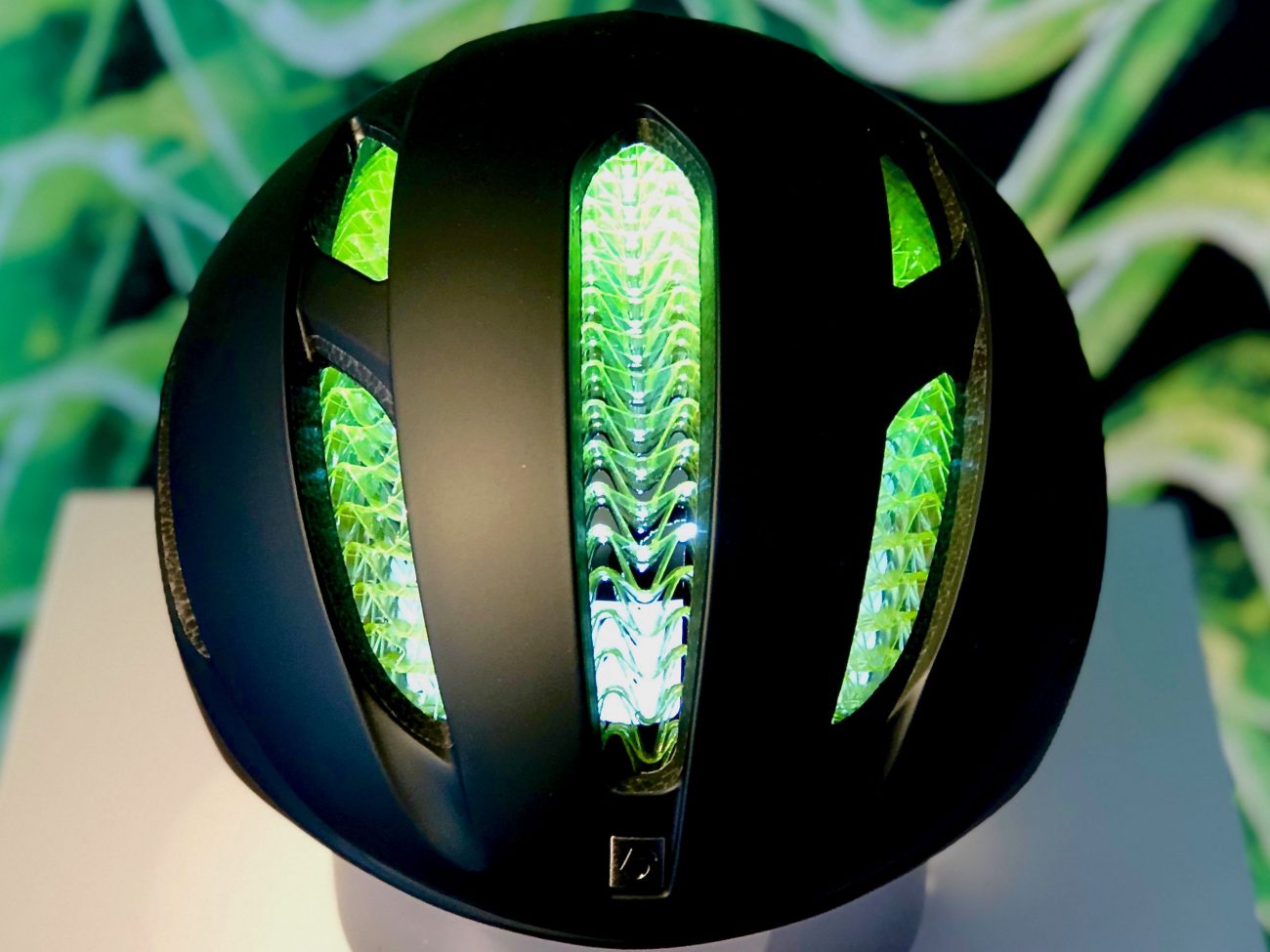 Bontrager unveiled its latest far-flung WaveCel helmet today, touting new standards in safety that surpass anything else in the past.

According to Bontrager, its new WaveCel technology comprises a 15mm-thick grid of layered polyester that’s designed to absorb impact like no other material.

To wit,“WaveCel is a collapsible cellular material that lines the inside of your helmet. It’s designed to lessen the motion associated with brain injury through a three-step change in material structure.”

Bontrager says, the cellular walls of the WaveCel material are able to flex independently under impact, allowing the structure of the helmet to deform or “crumple” if the force is high enough, much like how EPS foam does. This is also attended by the WaveCel’s ability to “glide” under blunt force, enabling the helmet’s exterior to rotate around the rider’s skull.

This movement is similar to what other brands such as MIPS, Kali’s LDL system and Leatt’s 360 Turbine technology are attempting to achieve with combating rotational forces.

However, Bontrager claims its WaveCel structure is superior by virtue of the fact that its three-stage material is designed to handle both rotational forces and direct-strike impacts.

“The EPS and WaveCel work in concert,” said Bontrager marketing representative Sam Foos, “The EPS provides a boundary for the WaveCel to glide freely during an impact.” Moreover, Foos added that the two materials absorb energy differently, and the result is similar to using multiple destinies of foam.

Bontrager bases most of its claims from a study published in the scientific journal Accident Analysis & Prevention titled Evaluation of a Novel Bicycle Helmet Concept in Oblique Impact Testing.

“For radial impact forces, each cell has a transverse crease to support organized cell buckling,” they wrote. “For oblique impact forces, cells can fold in shear direction and the structure can elastically deform in-plane to serve as a rotational suspension between the head and the outer helmet shell,” say the researchers.

In sum, the study suggests that the new material is proven to be 48x more effective than standard EPS foam at preventing concussions from common cycling accidents, while WaveCel reduced rotational acceleration by more than 50% over MIPS.

In addition to safety, Bontrager says the new Wavecel alters the way air moves through a helmet as well, providing improved ventilation compared to other sophisticated designs, albeit with a weight penalty of 53 grams (352 grams in a size medium).

Bontrager offers the Wavecel in four models, the range-topping Blaze in both a road and MTB version at $300, the Specter at $150 and the Charge commuter helmet also at $150.

Bontrager is currently the only brand to feature WaveCel technology.

The Trek Bicycle owned brand says it has worked closely with WaveCel “to bring the concept to life, and so it’s an exclusive partnership for now.”