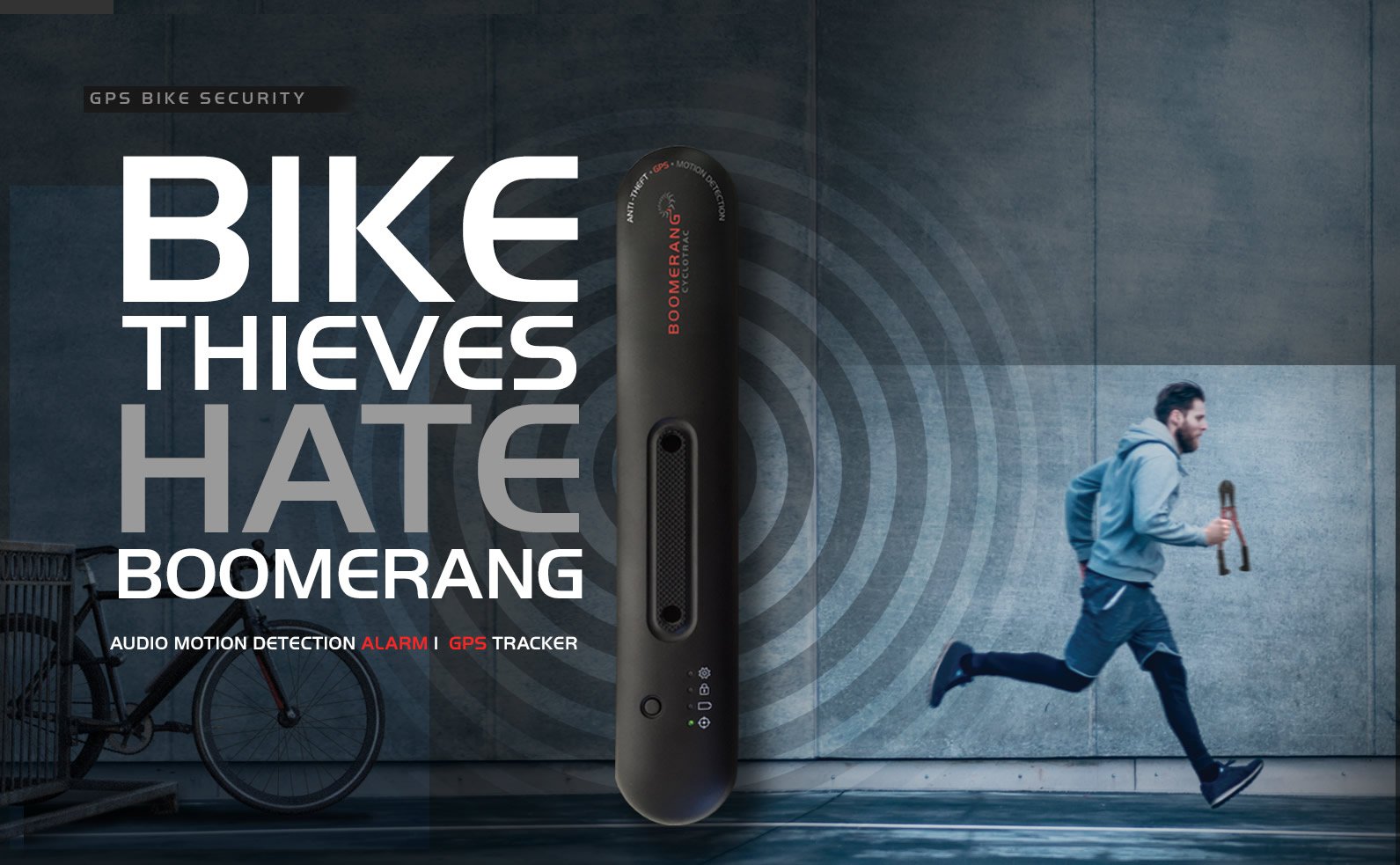 Bike theft happens, especially in urban areas. For instance, according to the New City Police Department, almost 5,000 bikes were stolen in 2016, and that number is expected to be surpassed by this year’s statistics.

To address this, Boomerang Bike has developed a solution to the problem, with the invention of its CycloTrac anti-theft device, which relies on motion detection and GPS to alert owners that their bike has been moved.

CycloTrac is a highly sophisticated system that utilizes four key components, the Device itself, the Cloud and the company’s proprietary App and Dashboard, which easily mounts to any bike’s water-bottle bosses.

According to Boomerang, its system is designed to provide owners with notifications through both text messaging and email, whenever their bike has been moved. Moreover, the system offers another feature called Geo-Fence, which creates a virtual barrier using GPS to define the bike’s exact location, and alerts the owner if his or her bike is moved outside of said boundaries.

The technology works by using a GPS chip and a Verizon Cellular radio, plus a TI CPU and other sensors, to send information to the Cloud.

From there, the data is processed on the cloud server, and once it has been analyzed and organized, it is transmitted back and displayed on the device’s App/Dashboard.

Boomerangs says, there are two ways owners can monitor their bike, by either setting the alarm and receiving notifications if it has been disturbed, or by watching their bike on the App/Dashboard to see if it has been moved.

In addition to theft prevention, Boomerang says its system also provides ride data information, along with a unique gas savings and carbon offset feature – with more to come.

Boomerang has plans to undertake a crowd-funding campaign on Kickstarter next month. Until then, you can learn more about the CycloTrac by visiting their website here.