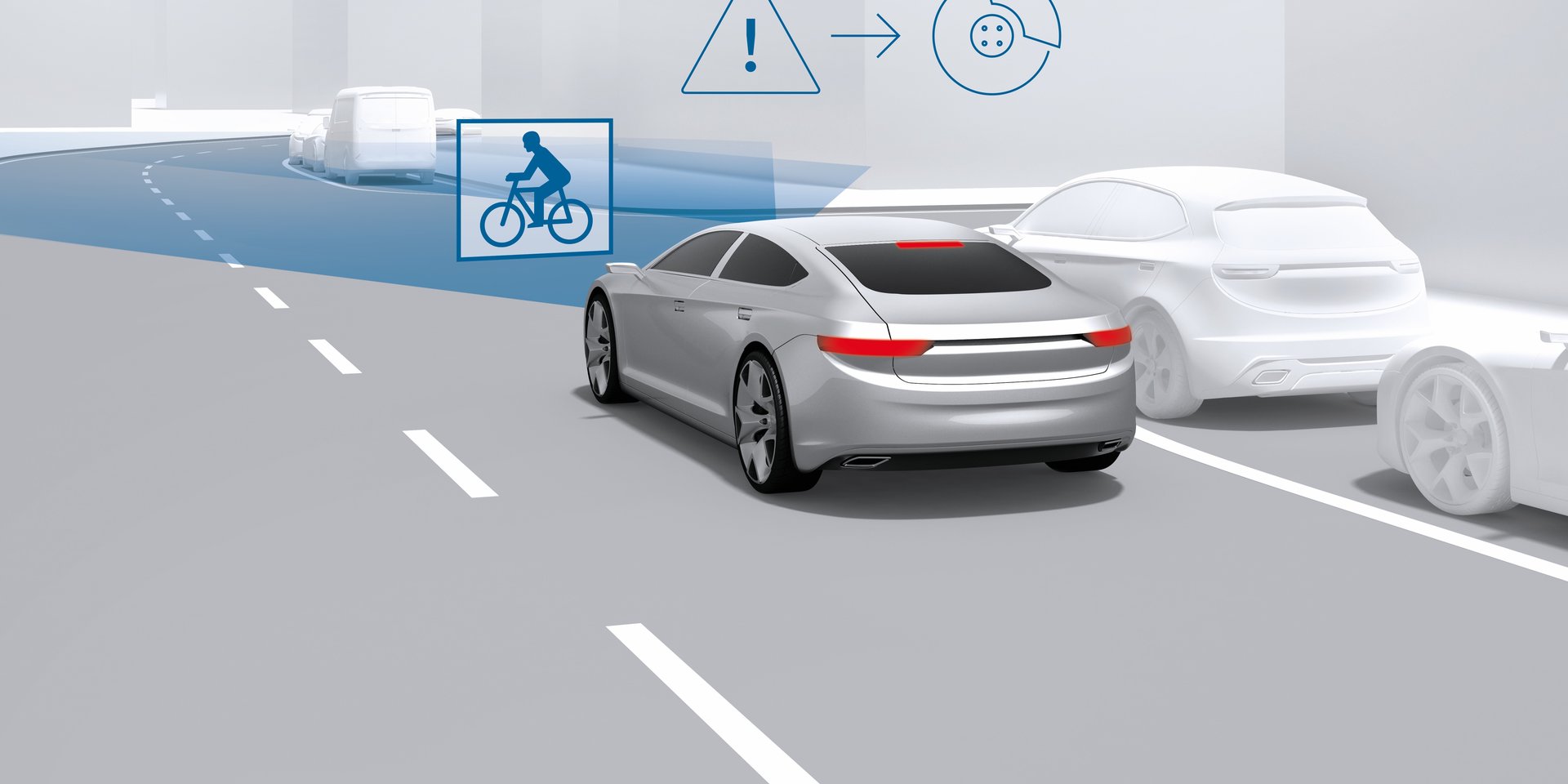 According to a report issued by the Governors Highway Safety Administration las week, traffic fatalities in the U.S. involving cyclists rose 12.2% in 2015, the highest percentage increase among all other road users for the year. The German Federal Statistics Office also reports that 393 people were killed in vehicle-bike collisions in 2016 alone, and that equipping every car in the country with a cyclist-detection system with emergency braking could prevent almost half (43 percent) of these fatal accidents.

Volvo is currently the only automaker to offer a dedicated cyclist-detection system for passenger cars that can automatically apply the brakes when a cyclist crosses a vehicle’s path. But that could change since, starting in 2018, the European New Car Assessment Program (Euro NCAP) will include emergency braking with cyclist detection as part of its star rating system.

In response, Bosch has created a new braking system that will bring a car to a full stop from about 25 mph in just 190 milliseconds – less time than it takes to blink twice. Gerhard Steiger, president of Bosch’s Chassis Systems Control division, said in a statement that the system “may reduce braking distance by the few crucial centimeters that can mean the difference between life and death.”

To the benefit of cyclists, Bosch plans to expand upon this technology, by incorporating rear midrange radar sensors used in lane-keeping systems to detect cyclists approaching a vehicle from behind.

According to Bosch, the sensors which are mounted on each side of the rear of a vehicle, have the ability to monitor an area within a 20-meter radius to detect cyclists and other road users and warn occupants to look before opening a car door when parked on a city street to avoid clipping a cyclist. The system is also designed to work with all of the vehicle’s doors, and can alert occupants several minutes after the vehicle has been turned off before exiting.

“Driver assistance systems are the next step along the path toward accident-free driving,” added Bosch board of management member Dr. Dirk Hoheisel. “These electronic assistants are always vigilant, and in emergencies they respond more quickly than people can, whether they’re behind the wheel or behind handlebars.”

Bosch will be displaying its new technology at next month’s Frankfurt International Auto Show.