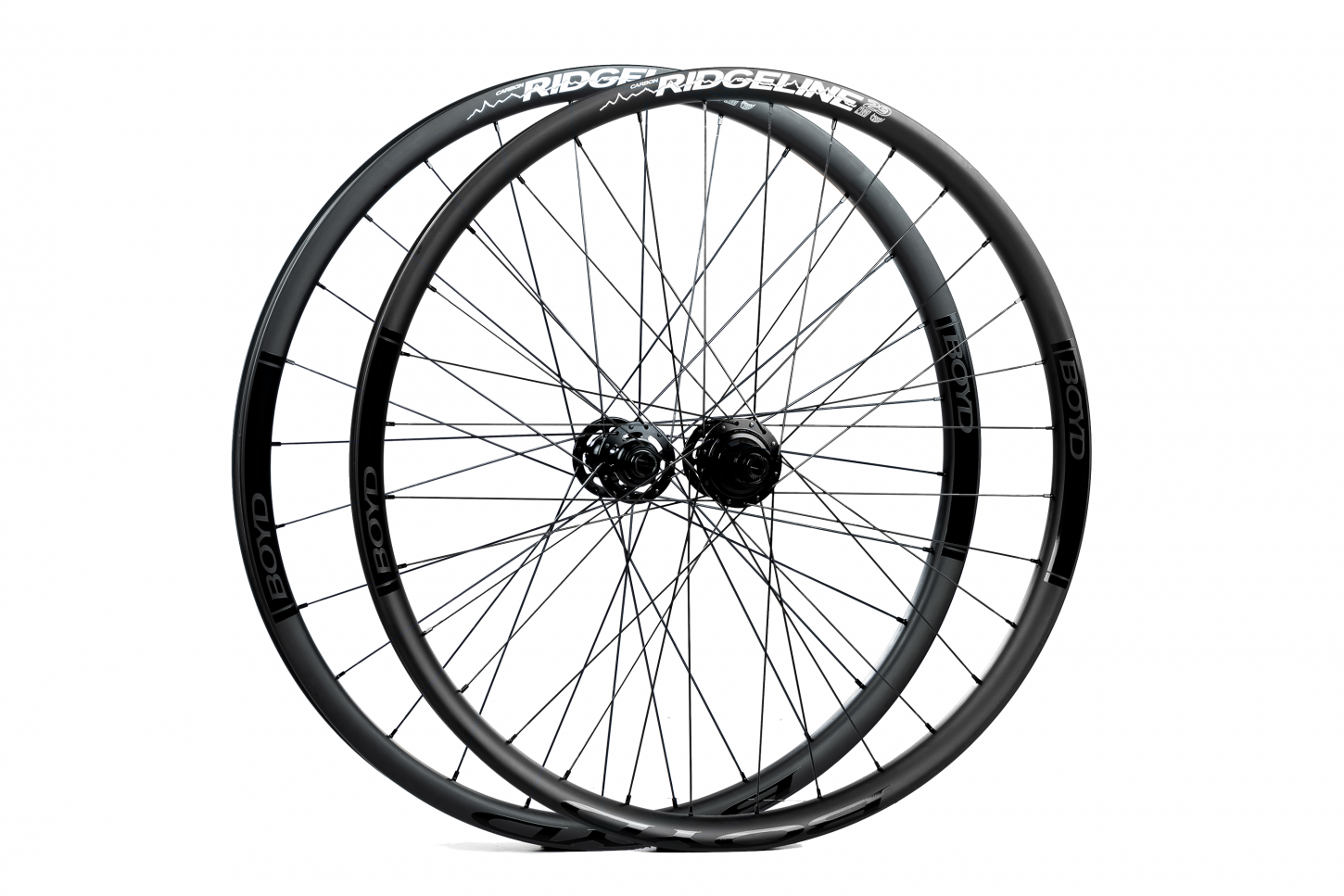 To balance the spoke tension between the drive and non-drive sides, the new rim design uses a 3mm spoke offset resulting in a better responding and more balanced wheelset. Moreover, the Ridgeline is built with Pillar Wing 21 spokes and external brass nipples, relying on a front lacing pattern of 28 spokes/2X and 3X with 32 for the rear.

The Ridgeline’s reinforced carbon layup is suited for Enduro style riding, intended to handle all conditions and terrain. Even with the reinforced layup, however, the Ridgeline 29’er rim weighs in at a svelte 475 gram; the 27.5 at 440 grams.

Boyd Johnson, the brand’s namesake, idea and product engineer, who rigorously field tests every new product said, “We’ve been testing these in on the trails for over a year now, even letting our downhill team use them for competition. Even under some of the craziest riders I know, the wheels have not only held up, but outperformed our highest expectations. Given my road background, I’ve never been the best mountain biker out there but with these wheels I’m no longer the laughing stock on our local technical, Enduro -style trails. They’re indeed Enduro strength but nimble like a cross-country wheel.”

Additionally, the Ridgeline wheelset features new 6061-forged aluminum Tripel rear hubs with six pawls, each with three points. With all six pawls engaging simultaneously, 18 points of contact to ensure precise engagement, capable of handling even the highest of torque load generated by today’s modern 1X drivetrain and massive cassette ranges. Also, 102 teeth on the drive-ring yields a super-quick, 3.5 degree engagement with extremely low drag, while coasting ensures that your back wheel keeps you rolling, yet engages the instant you stomp on the pedals. Boyd Cycling has also added Micro Spline, and Super Boost rear spacing options to the new Tripel.

Summarizing the spec options, the Ridgeline is now available in standard spacing, boost spacing, and super boost rear spacing. Rear hubs are available in traditional Shimano, Sram XD, and the new Shimano Micro Spline drivers. As with all Boyd hubs, swapping between freehub drivers is completely tool free, and takes about 15 seconds.

The Ridgeline 29’er front wheel weighs in at a 825 grams; 1000 grams for the rear. The 27.5 wheelset weighs 35 grams less per wheel, thus 790 for the front and 965 for the rear (note: weights based on Boost hub configuration), while stealth black decals complete the update.