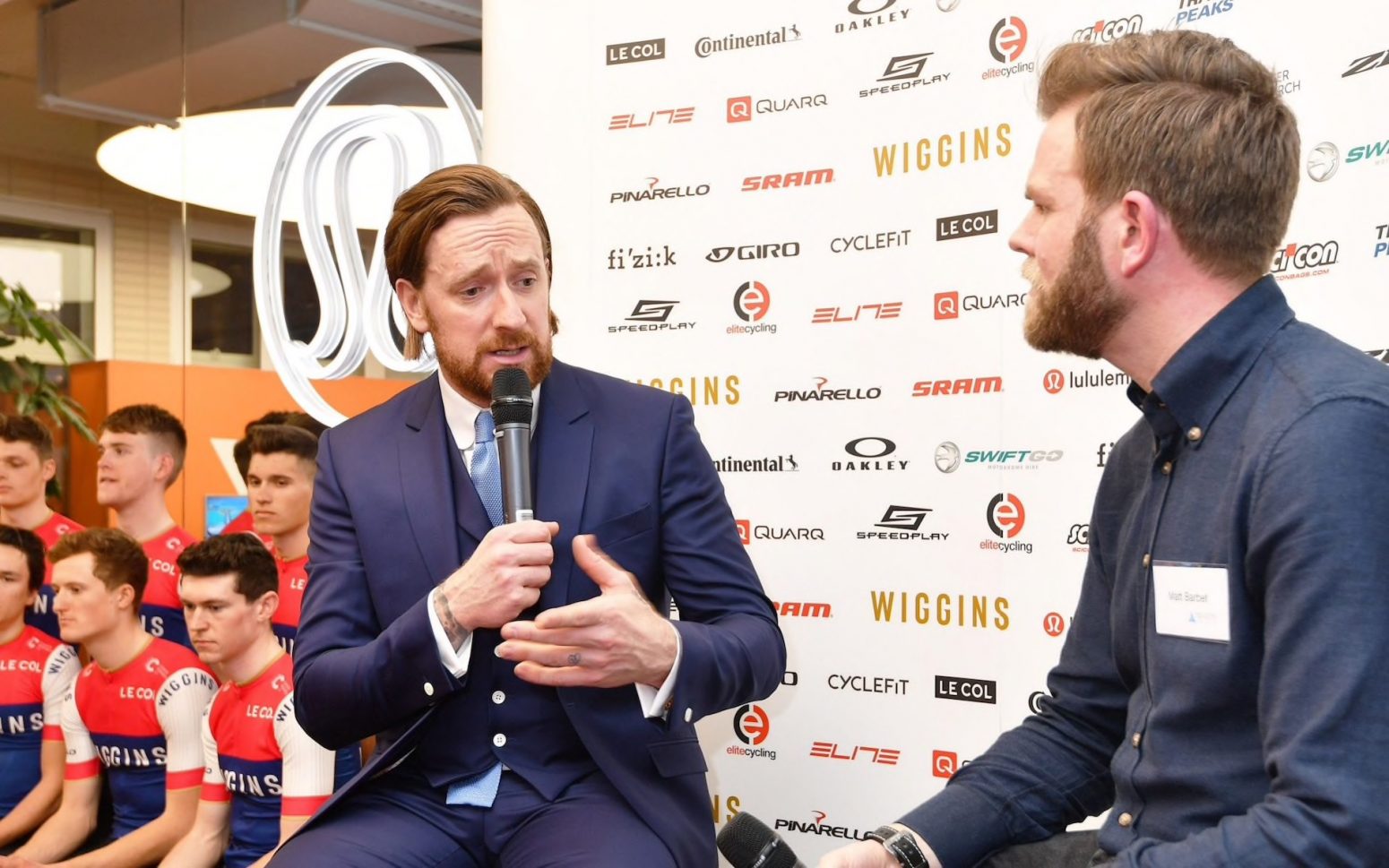 Bradley Wiggins launched into a scathing attack on Team Sky during a presentation for his Team Wiggins today, warning young riders like Tom Piddock to avoid the organization.

“Don’t go to Sky, steer clear of them”, he said. “Go somewhere else because they’ll ruin you.”

Wiggins added, “these are not barbed jokes or digs, that’s the reality of the sport at the moment.”

“I saw the reports only last week from [the Ruta del Sol in] Andalusia, or wherever it was, and they are the best team in the world. How many races did they win last week? And there’s a lot of talk about them at the moment and there’s a lot of negative talk as well.”

“Something has got to happen. Sky are running away with it. With the office blocks they bring with them [to races], it’s difficult to compete, isn’t it? Whether that helps performance or not, I don’t know. Something has to change to even it out a bit.”

Wiggins was speaking against the backdrop of mounting pressure on Team Sky to submit their appeal to a drug test Chris Froome failed at last year’s Vuelta a Espana. Froome had double the permitted amount of the asthma drug salbutamol in a urine sample and is now trying to prove there is a legitimate physiological explanation for the adverse finding.

Wiggins himself faced an UK anti-doping agency investigation, after allegations he broke the rules in 2011 while with Team Sky. The investigation was dropped and Ukad said it had faced barriers in trying to establish what was contained inside a package delivered to Wiggins at the Critrium de Dauphin in 2011. Both Wiggins and Team Sky maintain it was a legal decongestant not a banned corticosteroid, as had been alleged.

After the investigation concluded in November, Wiggins threatened to sue Ukad for what he described as a “malicious witch-hunt” and he has promised that, “I’m going to have my say on that very soon.”

Wiggins retired from professional cycling in 2016 and has since embarked on a challenge to switch to rowing. He also wants to establish a women’s equivalent to Team Wiggins. He suggested cycling would benefit from a salary cap to lower barriers to entry, again making a barbed reference to Team Sky.