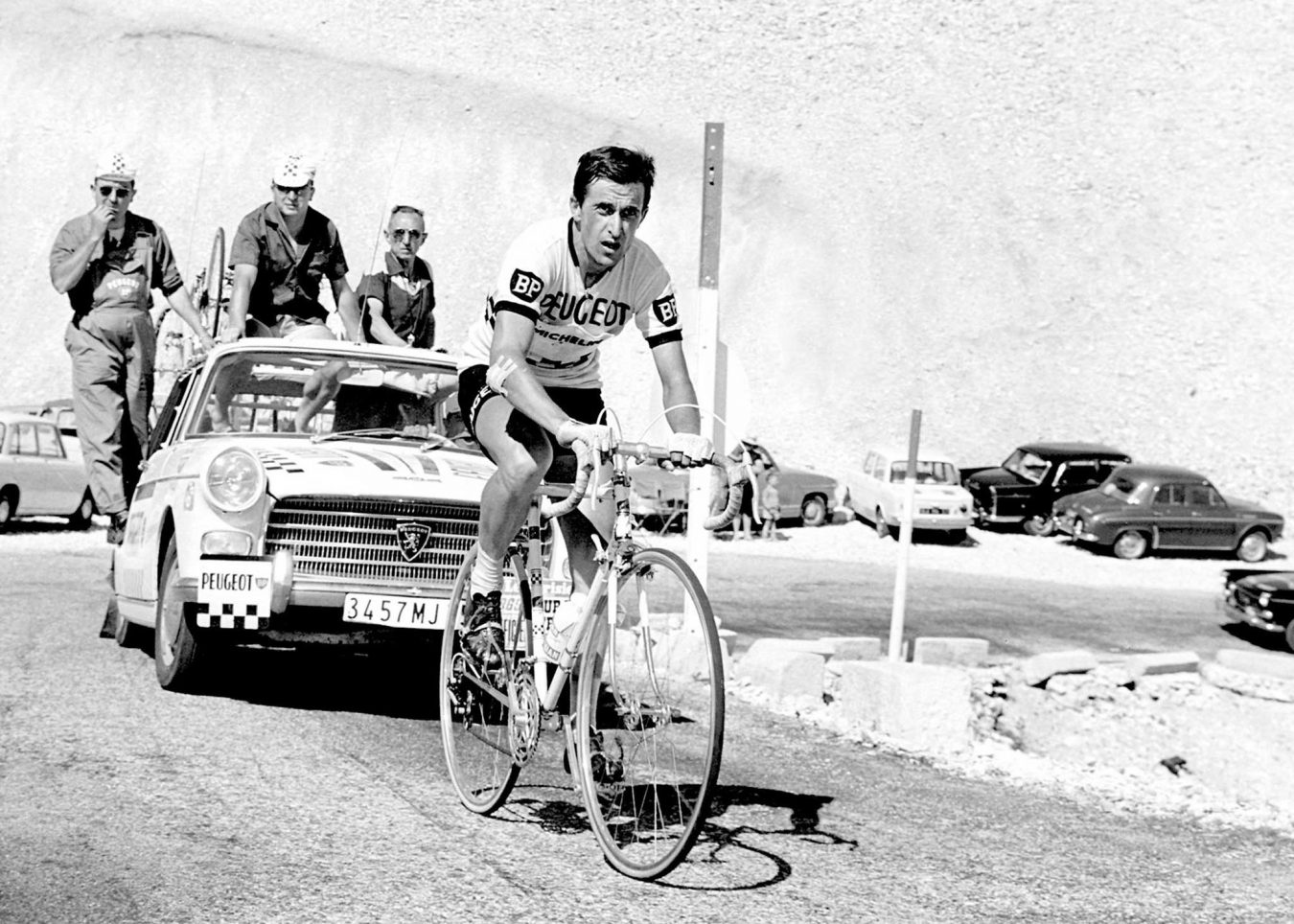 A small County Durham village came to a standstill over the weekend, when one of Britain’s greatest cyclists came to honor a past legend who lost his life in the world’s most famous sporting event, cycling journalist Matt Westcott reports.

There is little doubt among the experts that Tom Simpson, the County Durham-born son of a miner, could have won the Tour de France.

That he died, aged just 29, in pursuit of that very aim was indeed a tragedy.

Therefore, it was fitting, that the man who went on to achieve what Simpson could not, becoming the first Briton to stand atop the podium on the Champs Elysees, was there on Saturday to unveil a memorial in his honor, 50 years after his death.

As a six-year-old Bradley Wiggins learned of the legend that was Tom Simpson, how he died after collapsing on Mont Ventoux in 1967, succumbing to a combination of heat exhaustion and amphetamines, drug taking such as this being rife in the sport at the time.

While this latter fact has no doubted affected how history reflects on Simpson, he should really be remembered for his Classic victories, his world title and, in 1962, for becoming the first Briton to lead the Tour de France.

A granite memorial stands on the spot where Simpson collapsed, but, until this past weekend, there has never been anything of similar prominence in his home village of Haswell.

Accompanied by members of Simpson’s family, including his daughter Joanne and cousin and cycling writer Chris Sidwells, Wiggins was on hand to unveil a similar reminder of his hero’s achievements in front of a crowd of hundreds.

“He is one of my heroes, probably the ultimate hero really,” said Wiggins after revealing the memorial, that reads ‘Olympic Medallist, World Champion, Classics Winner and Pioneer of British Cycling’.

“In the same way kids of my age when we were younger probably looked up to Bobby Moore like that.

“He had the kind of legend, iconic status. People’s deaths increase that as well, like Bobby Moore when he died in ’93.

“Their status almost goes up a level when they die, because they are not around anymore, you are left with iconic vision and the pictures.

“That only increased the fascination for me. The fact he died doing something we are all trying to do every day and in the prime of his career as well.”

While there are those who undoubtedly came to see Wiggins, for many of the local cyclists present, remembering Simpson was the real reason to be there.

Pete Riddell, a member of Fausto Coffee in Sunderland, spoke for many.

“It’s important for me to be here. I have been cycling for probably 30 years and as a kid I grew up on stories of Tom Simpson,” he said. “The fact he was born locally meant a lot. My uncle raced in the 60s, so he was a bit of a hero in our house.

“I always used to get quite disappointed as I trained as a youngster that I would ride through Haswell and there was not a marker to say that Tom was even from here.

“But in those days I suppose it was a minority sport and it was never really a consideration. So it’s great that today something has finally happened and Chris Sidwells needs to be given a lot of credit for the fact that it has happened. It’s a permanent nod to the fact that one of the best cyclists from this country ever is a local lad – it means a lot.”

The unveiling was an emotional moment for Simpson’s daughter Joanne.

As for what her father thought, she said: “He would have laughed, he would have found it really amazing.”

Wiggins took time to sign countless autographs afterwards and to pose for selfies, but as he wandered off in his trademark Parka, there was time for one more poignant moment.

“He used to do a memorial race every year for Tom.”

She said he would have undoubtedly been there at the ceremony had he been alive.

“He would have been delighted that there was some recognition from where Tom was born.”