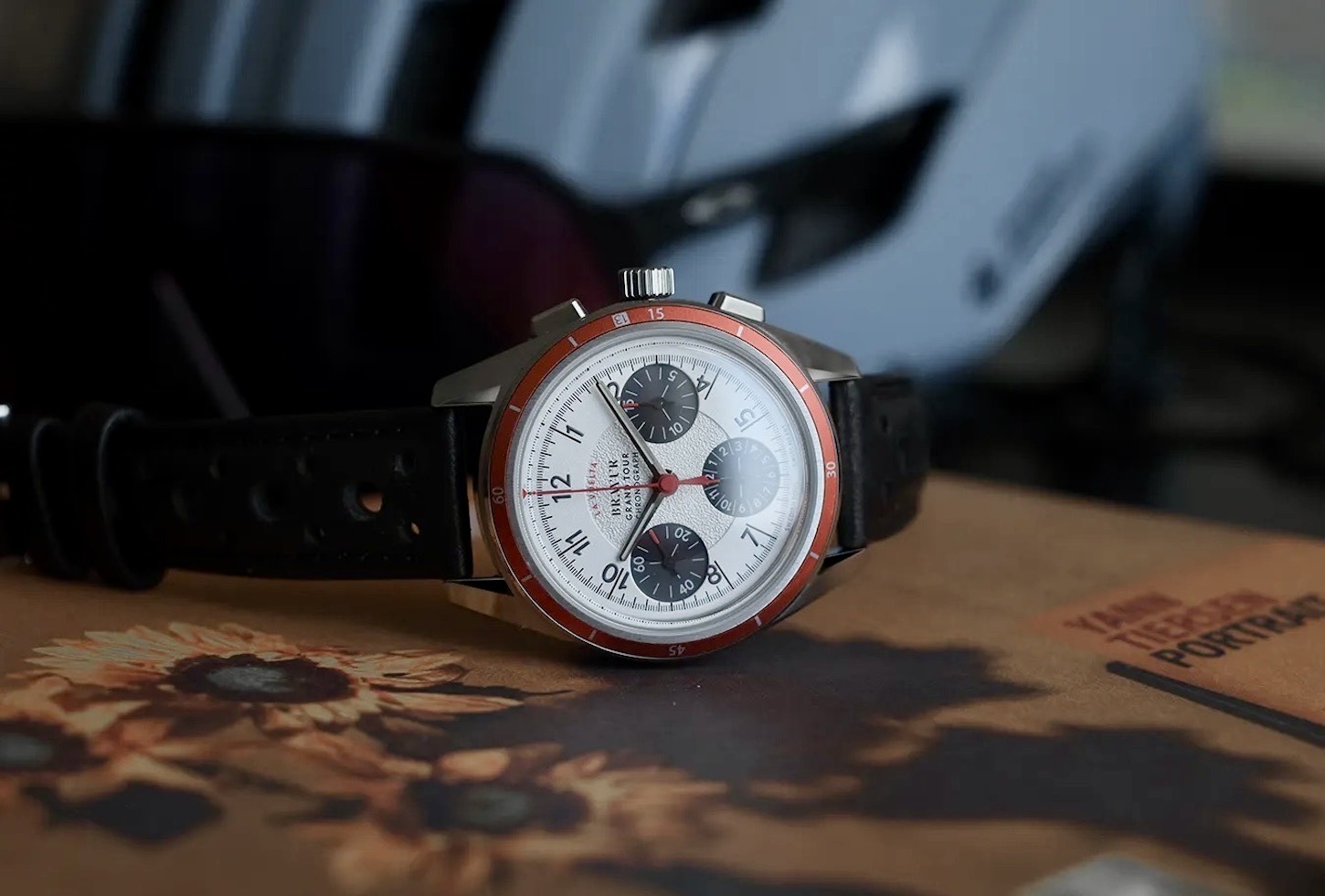 19 Aug 2022
By Campionissimo - In LATEST ARTICLES, THE DOUBLE DIAMOND

Bravur has unveiled the third and final installment in its series of watches inspired by cycling’s Grand Tour races.

Like other watches in the Grand Tour series, La Vuelta takes its color cues from the leader’s jersey of the Spanish stage race, featuring red accents against a silvery white dial.

Additionally, like the other watches in the Grand Tour series, the watches dial features a grain-like texture meant to evoke tarmac, along with a red triangle at 12:00 that gives a nod to the triangular flag that symbolizes the final kilometer of a stage known as the “la flamme rouge.”

This year’s La Vuelta retains the same compact, sporty chronograph as previous editions, measuring just 38mm in diameter and 46.3mm from lug to lug with a thickness of 14.4mm thick, while the watch relies on a Sellita SW511b automatic chronograph movement with 62 hours of power reserve to keep time.

Only 50 La Vuelta watches will be made, with each being individually numbered on the case-back for $2,550.