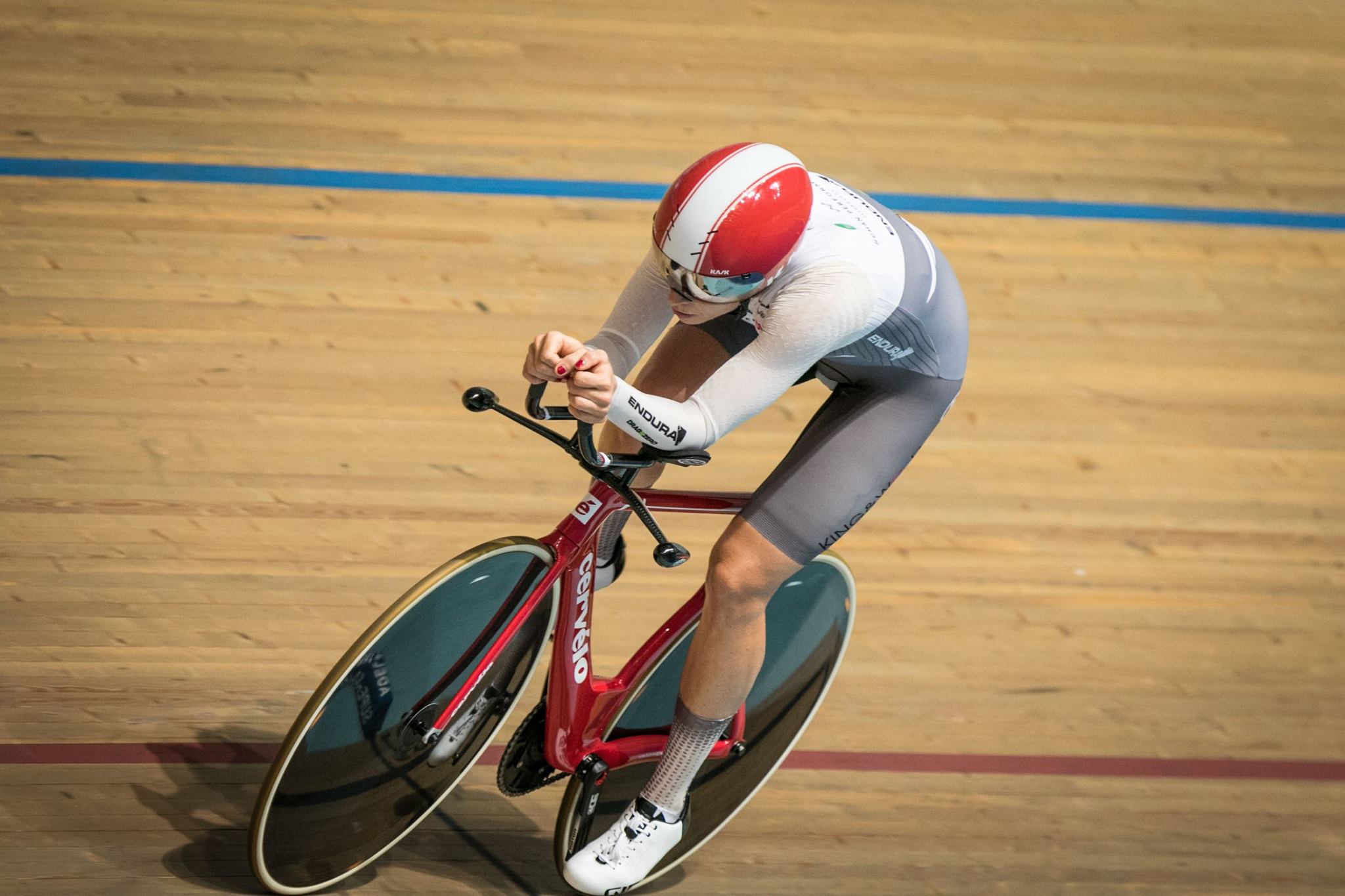 Australia cyclist, Bridie O’Donnell, set a new mark for the women’s UCI Hour Record today, after covering a distance of 46.882 kilometers at the Adelaide’s Super-Drome, in Australia.

O’Donnell’s successful challenge was part of the Santos Tour Down Under week in Adelaide, which opens the UCI WorldTour season, the major series of men’s professional road cycling. Adding to the excitement of the event, the Australian track sprint team competed in a series of races prior to O’Donnell’s attempt, including Anna Meares who has won more titles than any other woman in history on the track.

Bridie O’Donnell has represented Australia at three UCI Road World Championships and made twelve podium appearances at the Australian and Oceania Championships in the past decade. A qualified physician, Bridie has been training for the attempt for twelve months, ever since the Union Cycliste Internationale (UCI) modernised and simplified the regulations for the record by authorising the use of bikes complying with regulations for endurance track events.

The new rules have led to an upsurge in interest in the record with several attempts against the clock since late 2014, with Bradley Wiggins pushing the record to 54.526 km in June of 2015 in London. On the women’s side, O’Donnell’s attempt was the third after Briton Sarah Storey and US Van Houweling.

“All this wouldn’t have been possible without the crowd and the team that supported me throughout the project. I can’t believe I broke a world record… I tried not to think about my feelings. Yesterday I felt very nervous. Today people reassured me, telling me that it was all about the pacing. I tried to focus on that and not to be distracted by anything else”, said new record holder Bridie O’Donnell.

Attending the event at the Super-Drome, UCI President Brian Cookson commented: “This is a very special occasion with Bridie setting a new record here in front of cycling fans, alongside some of Australia’s finest track sprinters in the lead up to Rio 2016. Coinciding with the kick-off of the WorldTour season, this performance rounds off a wonderful week for our sport”

“With the likes of Rohan Dennis and Jack Bobridge on the men’s side, and now Bridie, Australia is putting itself at the forefront when it comes to taking on the UCI Hour Record.

“I hope that other women riders will come forward to go against what is in many senses the purest record of all.”