CapoVelo.com
CapoVelo.com - - A Brief History (And a Look Into the Future) of Fitness Technology
56600
post-template-default,single,single-post,postid-56600,single-format-standard,no_animation 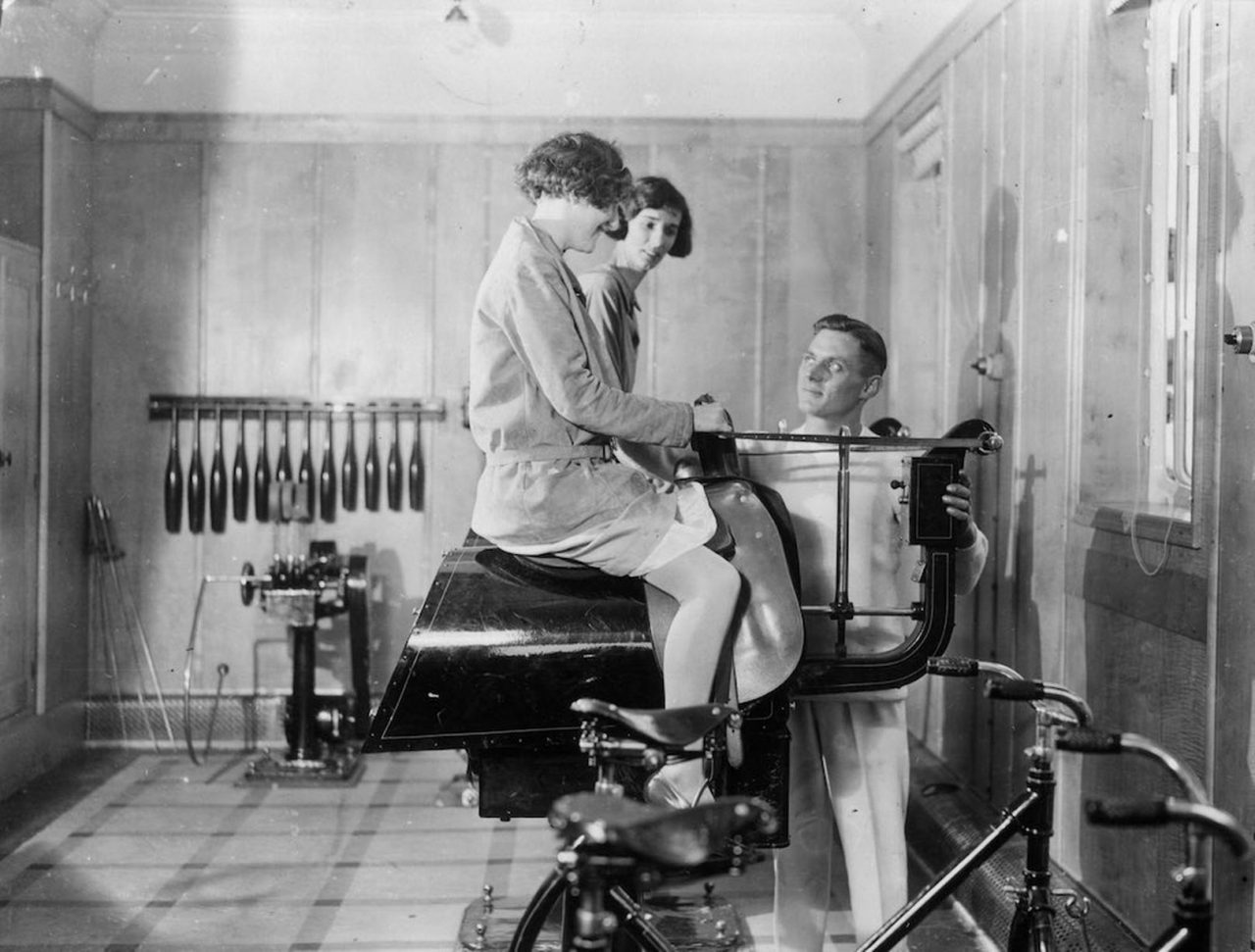 Have you recently taken ownership of a shiny new activity tracking device? For many people, the essential fitness kit now includes gadgets designed not for sitting and staring at a screen, but for encouraging users to get up and move.

And they even come with political recommendations. For example, government officials in the UK say fitness apps like MapMyRide and Strava and wearable technologies made by Fitbit and Jawbone are the future. According to one official document: “[They] will define the world of sport and physical activity in the coming decade.”

But health and fitness technologies also have a long history.

At the beginning of the 20th century, physical activity was seen by some as a bulwark against the ills of modernisation, such as the increasingly sedentary nature of work. As the American educator Dudley Sargent put it in his 1906 book Physical Education:

A large portion of the population never use half their faculties, and if they pursue the same employment for a term of years they are apt to acquire defects of structure, if not of constitution and character, that are transmitted to the next generation.

Physical activity as a leisure pursuit became highly significant. Mechanical apparatus such as wall-attachable weight-pulley devices were designed to guard against such “defects of structure” – and of character, too. In other words, the point was to bolster the body and mind. According to some, this would ensure the well-being of the population.

These were not just devices for men. The 1904 book Physical Culture for Women, authored by the world champion woman bag-puncher Belle Gordon, featured an advertisement for the “Fox Exerciser” weight-pulley machine. As a resistance training device, the Fox Exerciser was similar to exercise equipment promoted by other proponents of physical culture, such as famous strongman Eugen Sandow.

Nearly a century later, another movement was afoot: the fitness boom of the 1970s and 1980s. At this point, electronic technology became especially important in combating the sedentary nature of modern living.

Electronic technology meant communication devices like the VCR (videocassette recorder). Actress Jane Fonda’s exercise videos modelled what an “ideal” body looked like and how it might be attained. And they sold in their millions.

Meanwhile, devices such as electronic treadmills and exercise bikes became staples in fitness gyms, and were also widely available as home equipment. In its July 1989 edition, outdoors magazine Field and Stream highlighted the merits of these electronic devices, claiming they were “smoother and quieter, more convenient to use than most mechanical systems, and provide a workout customised to your fitness level”.

The future of fitness

Today, digital and wearable health and fitness technologies are seamlessly integrated into our everyday lives. Your smartphone itself is a fitness tracking device. So what makes our present day technologies unique?

For one thing, their personalization. The health and fitness entrepreneurs of the early 1900s spoke to the masses, but while the treadmills of the 1970s and 1980s marked an important step towards customisation, today’s wearable devices and health and fitness apps are deeply personal. They track and monitor seemingly everything, from what we eat, to how we sleep, to how often we move, to the composition of our bodies.

Then there’s portability. In the late 1800s, the American orator, preacher, and educator Charles Wesley Emerson lamented that while exercise equipment such as dumb bells had value, they hindered mobility: “We cannot carry gymnasiums about with us.” Even near the end of the 20th century, health and fitness practices were largely confined to the gymnasium and the home.

Today’s technologies are for anywhere and anytime. They travel with us wherever we go. Technology facilitates, rather than hinders, mobility.

A final factor is commercialization – that is, beyond the simple selling of Fox Exercisers and Jane Fonda workout videos. Whereas in the past it was just the technologies themselves that were sold for profit, today, so is our data.

A study by the US Federal Trade Commission found that 12 health and fitness apps shared user data with 76 third parties, advertisers among them. Or, as a Wall Street Journal report bluntly put it: “Your apps are watching you.”

So where next? We should expect the health and fitness technologies of the future to be even more personalized in assessing our bodies and daily habits. We should also expect them to be further integrated into our daily lives, to the point where their presence is undetectable. And we should expect technologies to be more sophisticated than ever in producing data from which value can be extracted (such as helping companies know consumer habits and preferences).

For many countries, the future of health and fitness technology is cause for optimism. But ever more personalization should not overshadow what we know about the social determinants of health, meaning the wider conditions in which people are born, grow, live and work.

The combination of ever more intimate data and the profit motive to mine these data is also cause for concern when it comes to privacy and security.

So while fitness trackers might make us feel like we have more control and a more personal relationship with fitness, a degree of skepticism would be healthy.