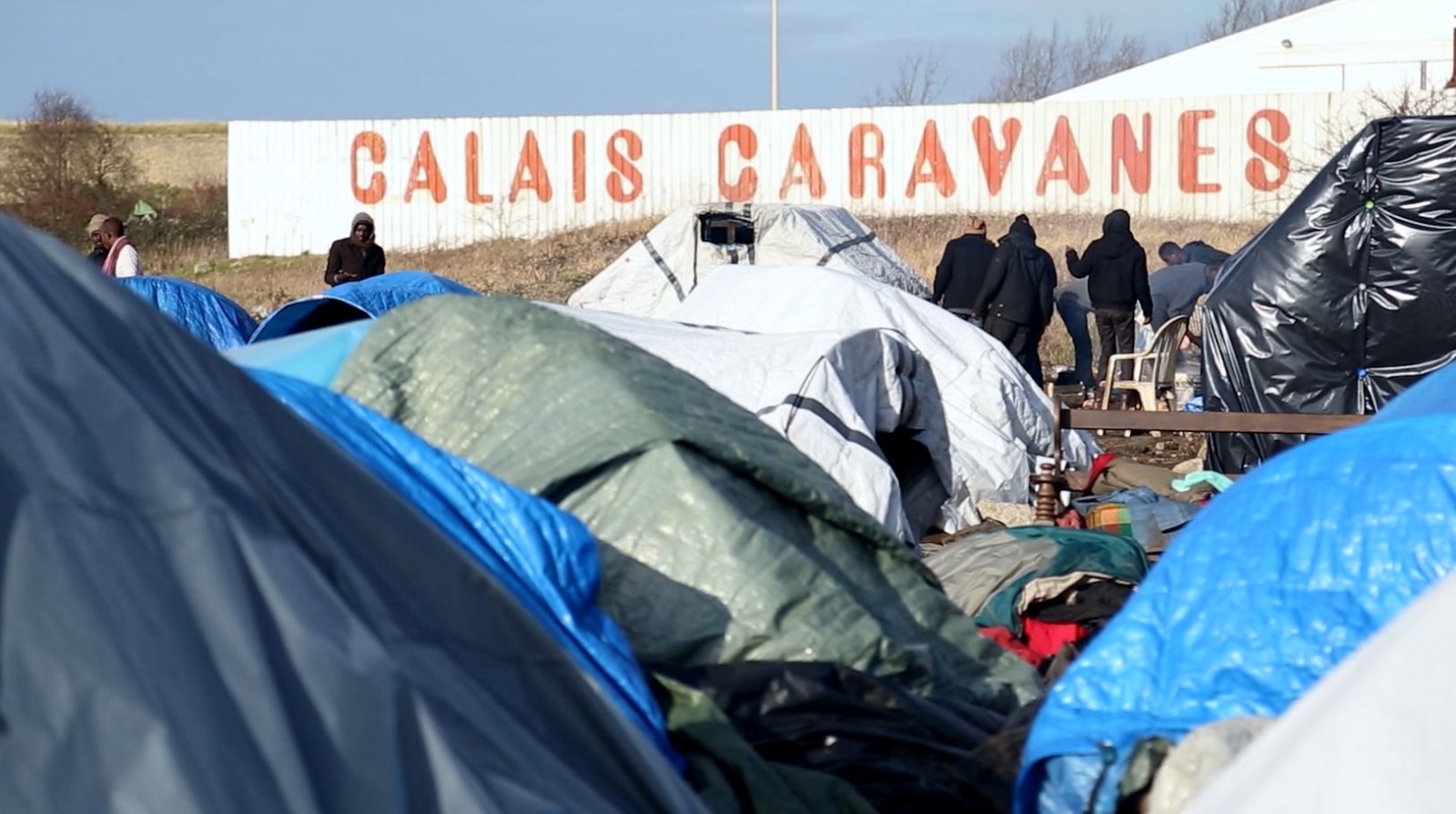 The UK-based advocacy group, the Bristol Bike Project, donated numerous bikes to more than 3,000 refugees living in a camp in Calis, France this week.

The aim of the project, was to provided bikes to these people, as a means of mobility while forced to endure such abject living conditions.

The bikes were made possible, through BBP’s ‘Earn-A-Bike Workshops’, where individuals who donated a bike, worked alongside a mechanic to refurbish it before giving it to the cause.

The women who spear-headed the project, Imogen Pettitt, wrote extensively about her experience on the group’s blog.

We arrived in Calais late in the evening, it was warm, dry and there was hope in the air. In the camp, there were a lot of people milling around or gathered in the larger shelters with electric light & camp kitchens. I was nervous, I didn’t know what language to speak or what to say ordo. I only saw two women and a handful of children in the camp. I am a short, middle-aged white woman with blue hair. My life is safe, no-one is trying to kill me. I am not used to being part of such atiny minority. Men are in more danger in some countries, and so only men have had to flee. In others both men and women are being pressganged and the balance is different accordingly. In others themost mobile members of the family have been sent ahead to try and get papers, get money, then send for the family. Women are often less mobile as they tend to have kids with them. There are 3000 people in the camp, only a tiny proportion of women and children have made it this far.

I wish that arriving in Calais was the end of their troubles but apparently there are four different types of French police who regularly harass the camp – but it’s better than whichever type of hell they’ve fled from. It’s also hard to believe that a camp of 3000 people, with only 30 toilets and very little dry space could feel safe and secure, and better than wherever you’ve come from. I’m used to camping, I’m a bit of an outdoorsy person, I quite like roughing it – when I’ve got the right kit and I also have the luxury of knowing that I can go home if something goes wrong. But with the wrong kit, in an unfamiliar environment, on soggy sand-dunes, in a different country – different story. Someone commented that “It’s like Glastonbury!” referring to the sea of tents and the people milling around in the dark, the music coming out of the tents, the smells of cooking. There are even shops open. People flee because of all sorts of reasons, but the lack of business sense is not necessarily one of them. All of these produced a momentary and shallow similarity, but the optimism and excitement in Calais is completely different – these people are survivors, they have made it this far and who knows, they might be able to escape Calais later that night! I can’t speak for the friendly, chatty people I met but they seemed glad to meet me and wanted to talk, I wish I’d had more time.

They must be filled with such huge optimism to have kept up the strength to get this far and every evening they try to get further. For some maybe simply being away from the trouble of home is enough to cheer them, or maybe it’s the daily hope that they’ll be out of here before morning. Either way, everyone who was able to speak to me was super-friendly. Others either don’t have the language or just look absolutely shattered.

That night it rained. The sheet lightning went on for so long I thought it might be a lighthouse or something from the industrial area but no, it was the warning of a huge storm coming. When it hit, I was scared. The rain was torrential and the thunder seemingly unending growls. I didn’t sleep that night. The mood at the camp was different the next day – if I couldn’t sleep in the relative security of my van,how must it have been in a makeshift shelter? When it rains, it can take a little while for the water to find its way down slope. The camp in Calais is on flat ground, sandy. It was dry when I arrived and I was glad. I didn’t need to put on my wellies but water found its way slowly over the next few hours and days until huge patches of the camp were underwater. Washed out tents. Ponds surrounding. And only 30 toilets for 3000 people. I know that if I had to walk 7k every time I needed the loo, I’d probably go find somewhere closer. But if everyone did that… and then the area flooded – that potentially means 3000 people living in raw sewage. I hope they have higher standards and more forethought than I would have shown.

Some months ago I heard that the camp had been moved 7k out of town,but it was only when I got the bus to Germany and saw just how far out of town it was that the information sunk in. It’s so far away thatno-one travelling in or out of the Calais ports is reminded of the terrifying state of the world, it seemed like an almost complete magic trick. It was only because I was looking for them that I saw the hundreds of tents, hidden in the sand dunes. It hit me then that they were miles away from anything they would need to improve their situation, miles from the charities and offices they’d need if they wanted to do the paperwork for an asylum claim, miles from medical help, miles from public phones/sim card shops, food shops, anything.The constant walking would get exhausting. This, of course, is the point. The British government pressured the Calais authorities to move the refugee camp as far away from the channel tunnel entrance as possible, thus creating a situation of ‘conspiratory manslaughter’. It has undoubtedly made these peoples’ lives much harder to be so far from everything they are trying to do including trying to climb the fence onto British soil from which some return bloodied and bruised every night. There are so many people walking around with injuries,crutches are one of the items most requested by Medecin du Monde.

This is why I took bikes. I’d build them a house if I could but I am not a builder. I’d lobby the government but I don’t know how. I remember how exhausting it was walking everywhere with my young son and how much easier life became when I got a bike. There are so many obstacles stacked in front of these people – inadequate shelter,language barriers, trauma, insufficient medical attention and
sanitation, forcing people to walk 7k in and out of town when ever they have a hoop to jump through is just cruel.

A bike is the only bit of freedom I can give these refugees and I give it wholeheartedly. Bon voyage!

If you can donate bikes, parts or tools, please bring them The Bristol Bike Project, 7 City Road. We are not currently collecting clothes or bedding.